Koreans are outraged by a job inquiry gone wrong after an anonymous girl who applied for a part-time job at a women’s clothing store shared her experience. This post on the Gwangju Chungjang-ro Facebook page went viral and netizens have tracked down the store which is now receiving heavy criticism.

The anonymous girl shared the original job posting she saw prior to reaching out. The ad is titled, “Looking for Weekend Part-Timer at Clothing Store” for a $7.50/hr position. The owner outlines in the ad that the store is looking for a female of any age with any level of education. 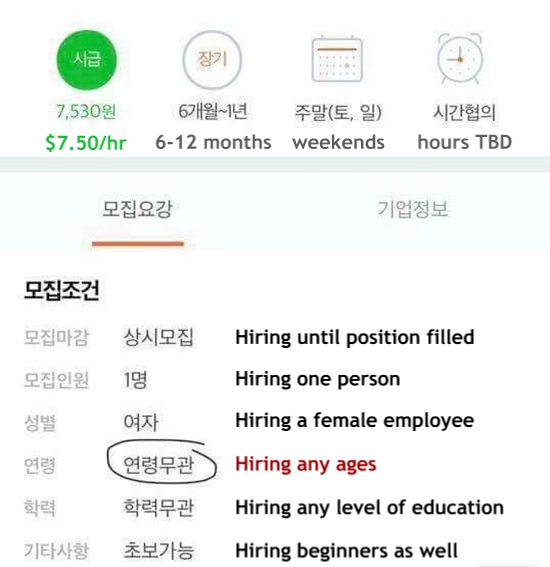 Korean minimum wage for 2018 was ₩7530 KRW ($7.50 USD at the time) and the job website does not allow employers to indicate any amount lower than the minimum wage.

When the anonymous girl reached out to the owner about the position, she received a series of responses that outraged the girl and just about anyone who has come across the story since. The owner said to come in for an interview only if the girl could fit into small sized clothing, for “modeling”. 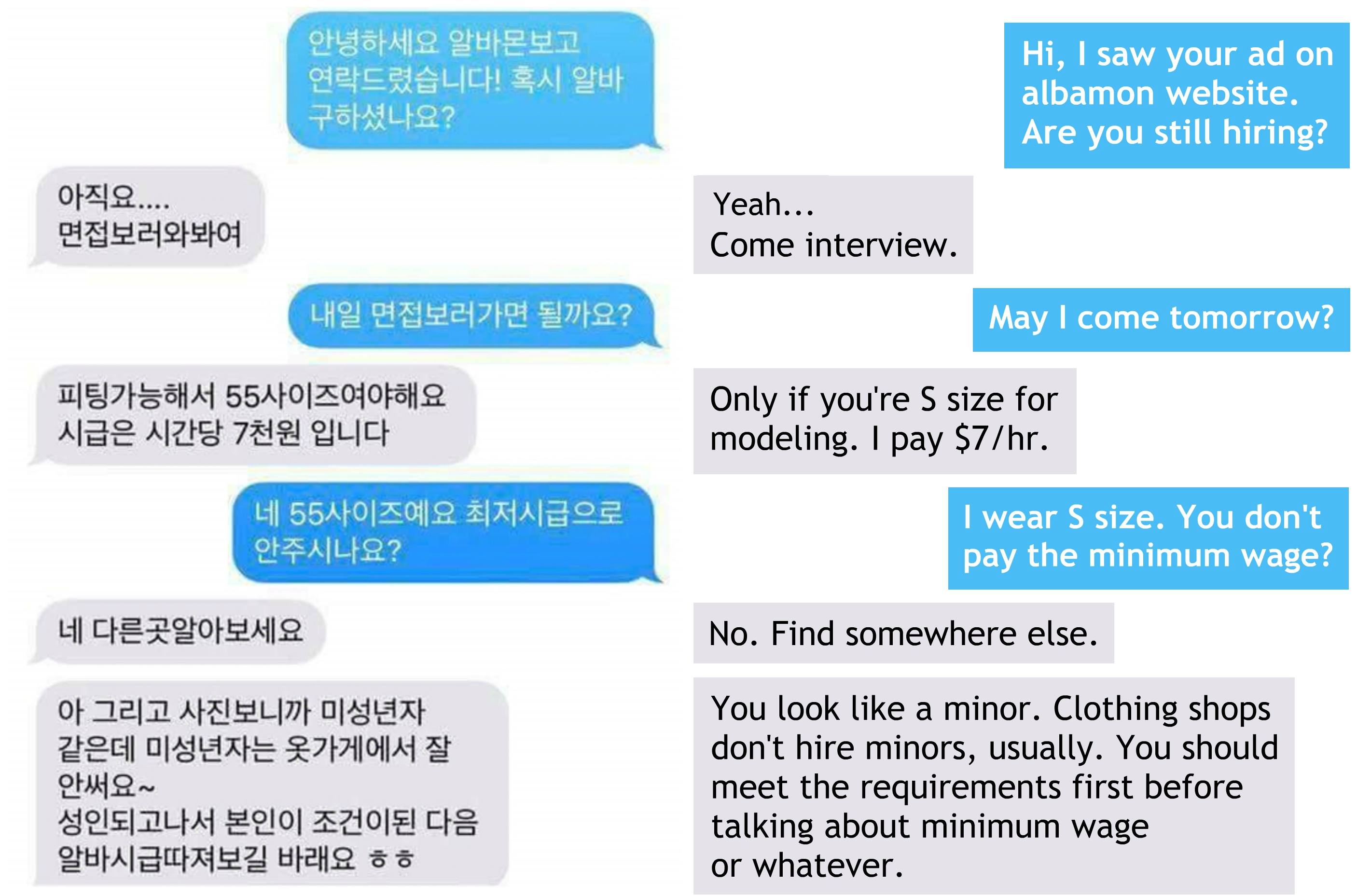 When the anonymous girl asked about the wage, which the owner changed to $7/hour, the owner immediately turned the applicant down and said she should look elsewhere for a job.

The anonymous girl then questioned why the owner refused to pay the legal minimum wage and the owner reacted by shaming and insulting her. The owner stated that, had the anonymous applicant had a pretty face and a hot body, the store would have paid $8 an hour. 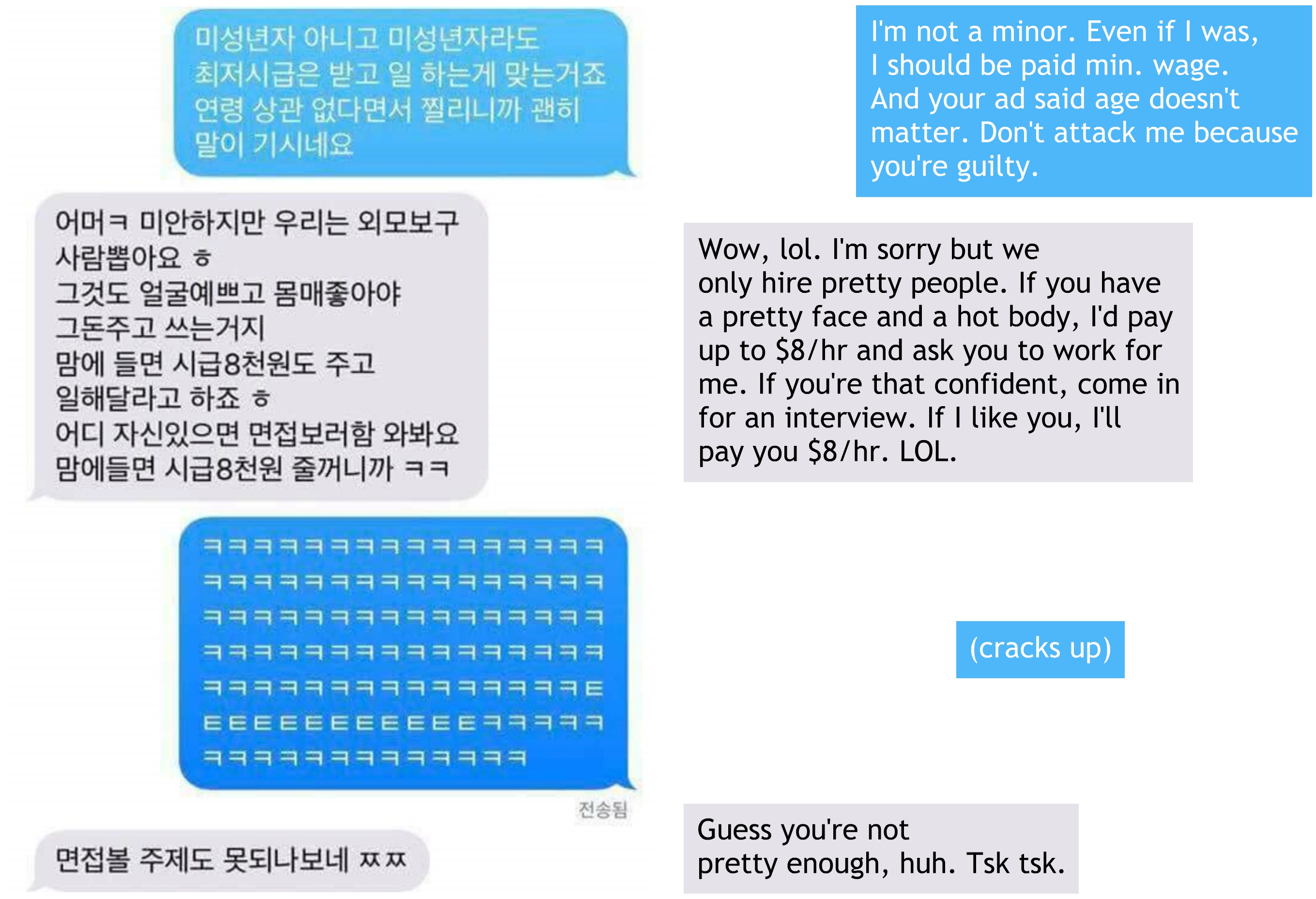 Netizens became furious about the messages.

The anonymous girl ended her post by advising anyone in the Gwangju area to stay away from the clothing store.

Since the post went viral, netizens identified the store and flooded the owner’s social media pages with criticism causing the owner to shut down her account.