A poll asked Koreans which female idols they would vote for as their “one pick” (or top choice) if they were to appear on Mnet’s “Produce 48.”

The poll took place from April 29 to May 5 on the community website DC Inside.

First place went to Girls’ Generation’s Taeyeon, who received 566 votes or 51.3 percent of the votes. As the leader of Girls’ Generation, Taeyeon has been loved by the public for 11 years. She has the most Instagram followers out of all female Korean celebrities and has sold over 200,000 copies of her solo album. Many idols such as TWICE’s Nayeon, Oh My Girl’s Seunghee, Lovelyz’s Kei and Sujeong, and PRISTIN’s Xiyeon have named her as their role model.

IU came in second place with 411 votes or 37.3 percent of the votes. She has achieved success as a singer as well as an actress. After debuting in 2008, she has had many hits and is often called “the nation’s younger sister.”

Third place went to BoA who received 31 votes or 2.8 percent. She debuted in the year 2000 and has been promoting for 18 years as a singer who’s popular in both Korea and Japan. She paved the way for other singers like TVXQ and JYJ to promote more easily in Japan. 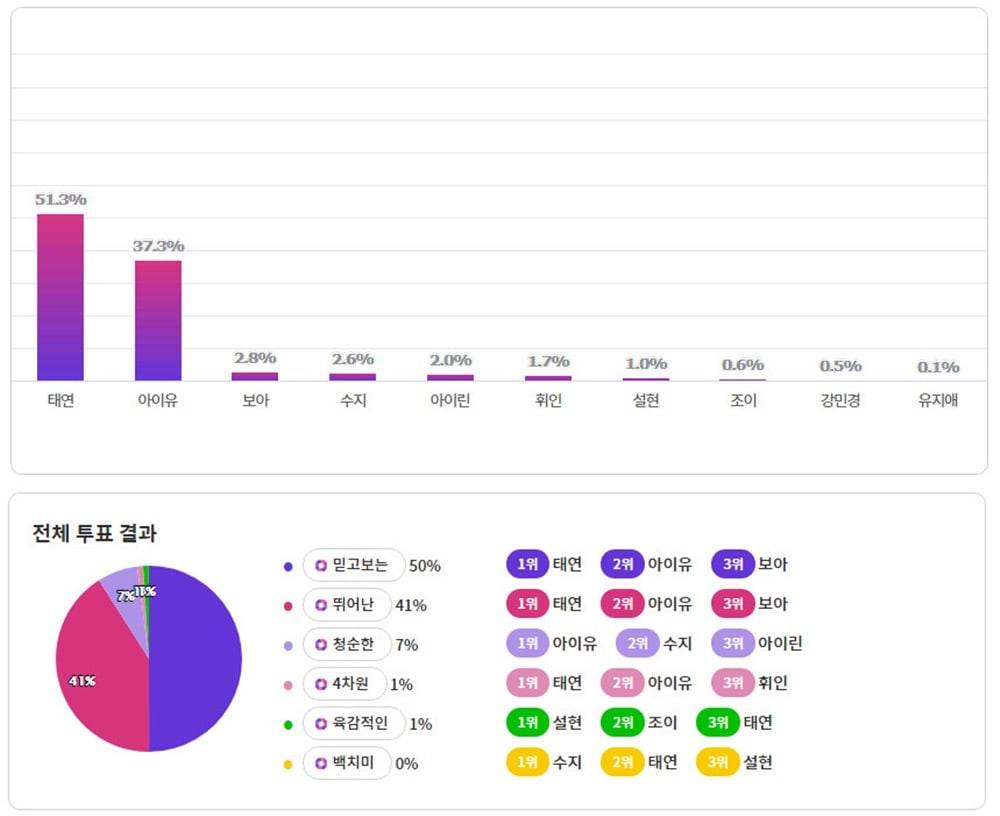 “Produce 48” is a survival show in which female trainees and idols from both Korea and Japan compete for a spot in a girl group. It’s the latest in the “Produce 101” series that has created project groups I.O.I and Wanna One, and the winners are determined through votes by viewers. It will premiere on June 15 at 11 p.m. KST.