At the end of May, in celebration of AAPI (Asian Americans and Pacific Islanders) Heritage Month, a writer on the Grammy Awards‘ website, Ashlee Mitchell, wrote about five different rising K-Pop artists that they believe deserve recognition for their quick success and will end up becoming dominating presences in the music industry.

Here’s a small sample of what she had to say about the rising popularity of the K-Pop music genre:

Thanks to the passion of their fandoms, their social media dominance, their addictive hooks and melodies, and their eye-catching visuals, K-pop groups are inescapable these days, and South Korea, the motherland of these global pop acts, has since become a key pop culture epicenter.

The five fast-emerging artists that they chose to highlight are all from the fourth generation of K-Pop, and include three boy groups and two girl groups! Check them all out below.

ATEEZ debuted on October 24, 2018, making the group just over two and a half years old now. While they originally found a bigger fandom from international listeners, their recent participation on Kingdom: Legendary War and the K-Drama Imitation has been earning them newfound popularity among Korean citizens as well. 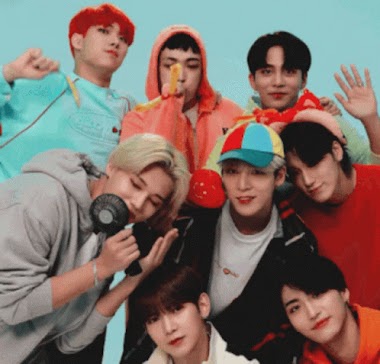 The eight-member group is most well-known for their incredible stage presence and experimental musical style, with each comeback showing just how well they can pull off pretty much any concept. Even being such a young group, they’ve also already made it onto various Billboard charts and won other awards in the music industry.

[A] group outside of the historic Big 3 K-pop companies, ATEEZ boasts an underdog story with a fresh and singular musical direction that fans appreciate. With the inspiring motto, ‘8 makes 1 team’, the group have battled injuries, mental health issues, and other challenges without shying away from their dedicated fanbase. With loyalty like that, they’re definitely in the game for the long run.

ENHYPEN is still very much a rookie group in the K-Pop scene, having just debuted on November 30 of last year. Already, however, the group has seen enormous album sales numbers, with their first album, Border: Day One, already receiving a platinum certification from the KMCA (Korea Music Content Association).

This is likely due in part to their participation on the competition show I-LAND as well as some of their members also being trainees under HYBE Entertainment (formerly BigHit Entertainment, home of BTS), but there’s no doubt that this group now under Belift Lab deserves all the attention and popularity they’ve received already just from their talents alone.

The group is now making their own mark with complex storytelling, strong vocals, and eye-catching choreography, while the members’ ages range from just 15-19 and their home countries are as diverse as Australia and Japan.

The first of two girl groups mentioned in this list, ITZY debuted on February 12, 2019 under one of the “Big Three” companies in K-Pop, JYP Entertainment. Because of this, they did get an automatic boost in how many people were aware of their debut, but their addicting sound, fun style, and messages on female empowerment and self-love have kept fans coming back for more. 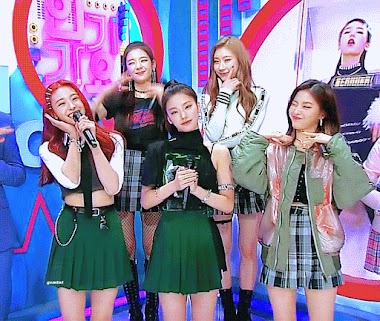 They broke records with the music show awards they won for their debut single, “DALLA DALLA”, and have continued to dominate the K-Pop girl group scene since then.

With so many feats accomplished within their first two years, there’s no telling where the vibrant act’s headed next. Whether they go viral for an impressive shoulder shimmy or an iconic fashion look, the group’s addictive discography and charismatic personas allude to global pop stardom.

TXT was the first boy group that HYBE Entertainment (then still known as BigHit Entertainment) debuted since BTS, so the five-member group had huge expectations and pressure put on them from the start. However, they’ve been able to take it all in stride, proving that they were just the group to appeal to those who already loved their older brother group! 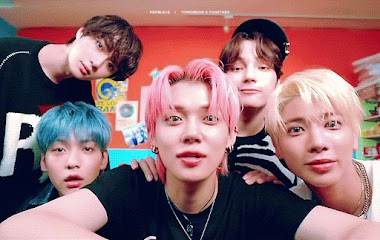 Between their high album sales, streams, music show wins, and more, TXT has been a leading force in the fourth generation of K-Pop as a whole. They, like ATEEZ, have also been experimental with their music style, and it keeps their concepts fresh and interesting for new and established fans alike. 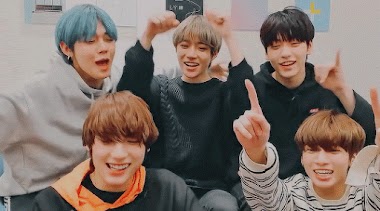 Their entire discography is poetic and relatable for Gen-Z, earning them spots on magazine covers like Elite Daily and Teen Vogue… The group’s rare ability to tackle topics both relevant and enticing for a diverse audience make their rise to international success well deserved.

And last but certainly not least, rookie girl group STAYC was the last artist to be highlighted on the Grammy Awards article. Debuting just under seven months ago in November of last year, the six-member girl group — whose name is an acronym for Star To A Young Culture — has been at the top of the game for album sales, despite coming from a small company and without huge marketing projects. 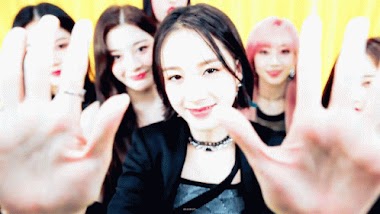 In fact, they were the first 2020 rookie girl group to sell over 50k copies of a single album with their second album Staydom, which came out in April. This is huge for any rookie group, especially a girl group from a small company! 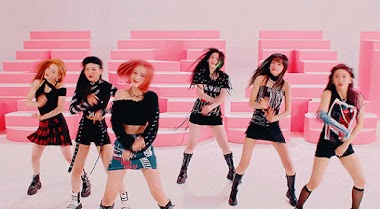 Under the helm of producing duo Black Eyed Pilseung, who worked on numerous hits like TWICE’s “Fancy” and “TT,”  it’s no surprise the girls’ feel good music is making its mark on the industry. The Teen Fresh concept (youthful and cute) they’re promoting is perfect for the upcoming summer and sure to bring more bops and fans galore.