Seven years since its release, scenes from the Indian action comedy film Happy New Year are going viral on TikTok due to the main character’s relationship with Korean characters.

In 2013, Bollywood actor Shah Rukh Khan, also known as SRK, was appointed Goodwill Ambassador to South Korea for India. The next year, he starred in the film Happy New Year. He portrayed “Charlie,” a diamond thief, who, along with a misfit team, infiltrate a Dubai resort by participating in a dance competition. In the film, the Indian team and the Korean team were particularly at odds with one another. Despite this, Charlie was respectful and saved the life of a member of the opposing team.

Recently, K-Pop fans have made a scene from the film go viral due to Shah Rukh Khan’s interactions with the Korean team. In the clip posted on TikTok by BADJIN (@badembrsna), SRK’s character Charlie greets the other team by speaking Korean.

This video was actually posted in response to another video posted that was extremely relatable as any international K-Pop fan. In the clip from the film, Charlie corrects and rebukes his teammate for making racist remarks against the Korean team.

Shah Rukh Khan has revealed in recent years that he is also a fan of Korean entertainment. He has previously tweeted about enjoying Bong Joon Ho‘s film Parasite. Last year, he obtained the rights to the Korean film A Hard Day for a Hindi remake. 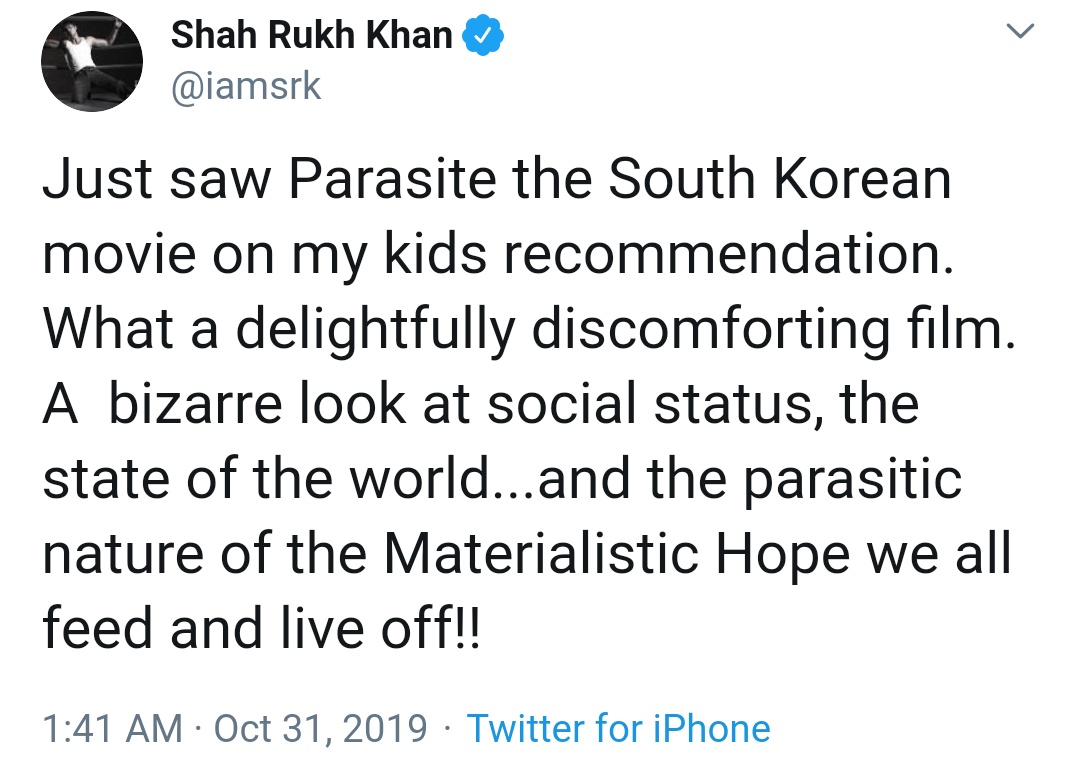