5 K-Pop Idols Who Have Spoken About Their First Love

K-Pop idols can sometimes be quite honest, and some have even spoken about their first love! Here are 5 of these K-Pop idols.

When GOT7 guested in 1theK Original‘s Prison Interview, Jinyoung was asked about his first love. Jinyoung then honestly revealed that he shyly approached a girl he liked and gave her some candy in the past. 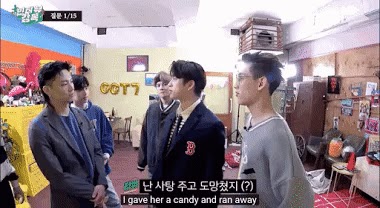 After giving the candy, Jinyoung ran away because he was embarrassed. 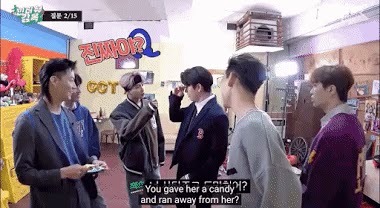 Henry Lau once shared the heartbreaking story about his first love. He revealed that he had a girlfriend he dated for 7 years back when he lived in Canada. Their relationship ended when Henry Lau found out that she was cheating on him with his best friend.

I had an ex-girlfriend whom I dated for seven years in Canada [..] She cheated on me…with my best friend.

Ever since this incident, Henry Lau hasn’t had a girlfriend.

In an episode of Problematic Men, EXO’s Suho was asked if he had ever dated someone, and he honestly shared that he had a girlfriend in high school he dated for 2 years.

When asked if she was his first love, Suho said, “It was something you can call ‘love.’”

The cast members then teased Suho a bit and asked him if she was active in the entertainment industry. Suho laughed and said that she isn’t a celebrity and that he hasn’t contacted her in a long time.

In an episode of Get It Beauty, Sandara Park spoke about how she was heartbroken after she broke up with her first love.

I thought my life was over when I broke up because that was my first relationship.

She revealed that they had a fight once and that she couldn’t stop crying after this fight.

After the two broke up, Sandara Park decided to sell all the gifts she received from him and used the money to go on a memorable vacation.

After wrapping things up and getting my emotions back in check, I decided to sell all the gifts I received from him. With the money I got from the gifts, me and my friends went for a really memorable vacation. You have to take revenge on your boyfriends like that.

In an episode of SEVENTEEN’s One Fine Day in Japan, Woozi revealed that he had a crush on a noona when he was in elementary school. Once Woozi told this, the SEVENTEEN members had playful reactions.

Woozi then shared some details of how he would try to “impress” her, such as playing baseball more intensely when the girl watched him.

Woozi then honestly shared that he wasn’t sure if she liked him back or if she just thought of him as a cute dongsaeng.

Woozi eventually stopped talking with this person when he became a trainee.