Actress Choi Kang Hee asked her co-star Kwon Sang Woo if he kept his promise from 16 years ago, and he responded with an honest answer.

After starring in a drama together back in 2001, Choi Kang Hee and Kwon Sang Woo reunited for their upcoming drama “Mystery Queen.” During the press conference held on April 3, Choi Kang Hee reminisced on their collaboration that took place 16 years ago.

“We didn’t film many scenes together back then, but I remember when Kwon Sang Woo told me that he would join my fan club. I’m curious if he actually joined,” she wondered.

Taken aback by the sudden question, Kwon Sang Woo truthfully answered, “I did not join. You have a really good memory. To be honest, I’m not very good at using computers.” 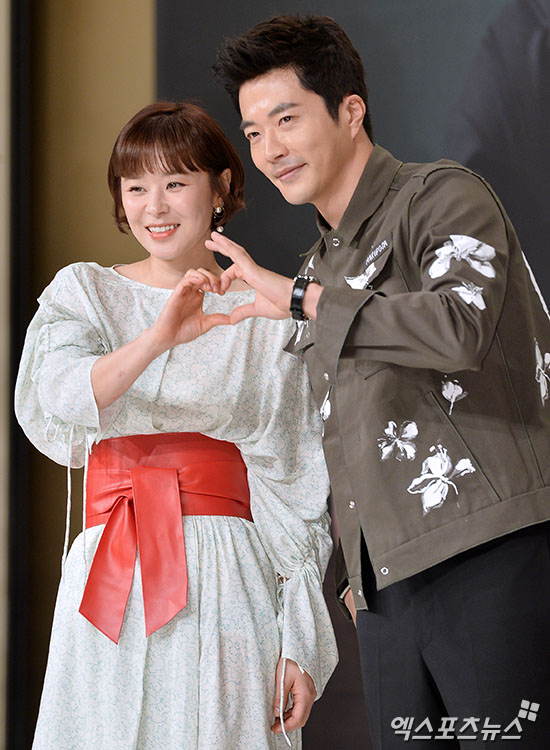 Meanwhile, “Mystery Queen” will air on April 5 at 10 p.m. KST. Watch the trailer on Viki below!