Pledis Entertainment recently announced that they will be taking legal action against Zhou Kyulkyung, former member of PRISTIN, for breaching her contract with them.

Kyulkyung took to Weibo to reveal her side of the story. She revealed that Pledis and she have faced conflicts regarding her career in the past, so she decided to leave Pledis and pursue her career on her own.

With the help of a lawyer she sent both Pledis and XCSS Entertainment a hand-written proposal to terminate her contract. She hopes they can end their arguments and focus on improving their work in the future. 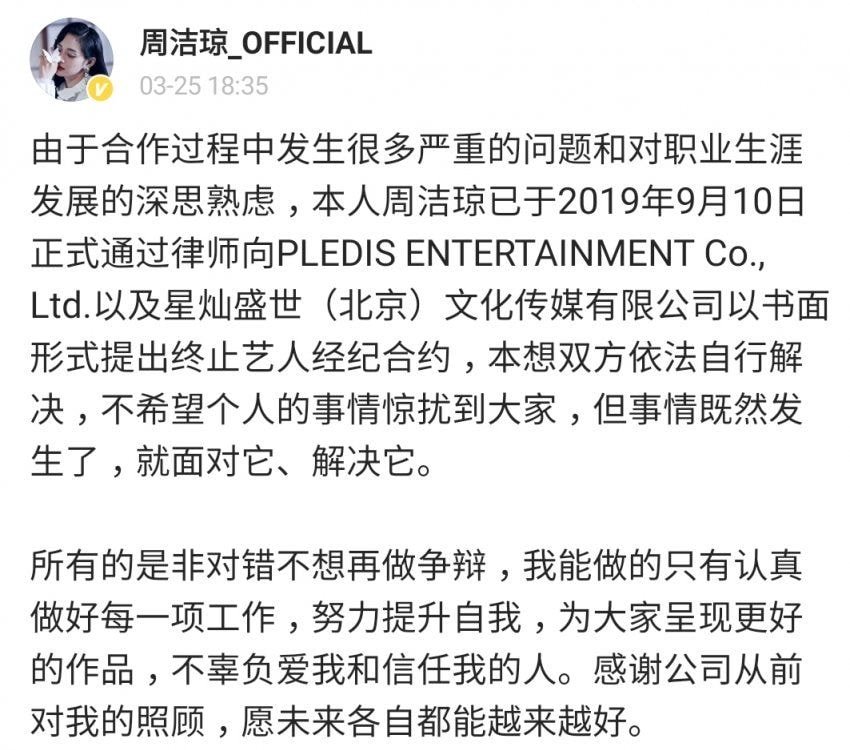 After many serious issues arose during our partnership and after contemplating about my career advancement, I sent a hand-written proposal on September 10, 2019 through my lawyer to Pledis Entertainment and XCSS Entertainment to terminate my contract.

I wanted to resolve this issue legally. I don’t want to argue about what’s right or wrong.

I want to work hard in what I can do and grow on my own. I want to greet everyone with better projects, and I just don’t want to let down those who love and trust me.

I thank the agency for their consideration and hope we will both continue to improve in the future.