Actor Lee Dong Wook successfully kicked off his special radio show on V Live by growing closer to his fans and giving them heartfelt advice.

On April 12, Lee Dong Wook turned into a radio DJ for “On The Air,” where he listened to his fans’ concerns and answered their questions.

One fan told him about her difficulty with expressing emotions. When asked how he controlled his emotions for crying scenes, Lee Dong Wook answered, “I just have to immerse myself into the script. In our country’s drama production environment, they don’t give us time to break away from our characters. Since we have to keep on acting, we can’t help but get immersed in our characters. That’s why I’m naturally able to express my emotions.” 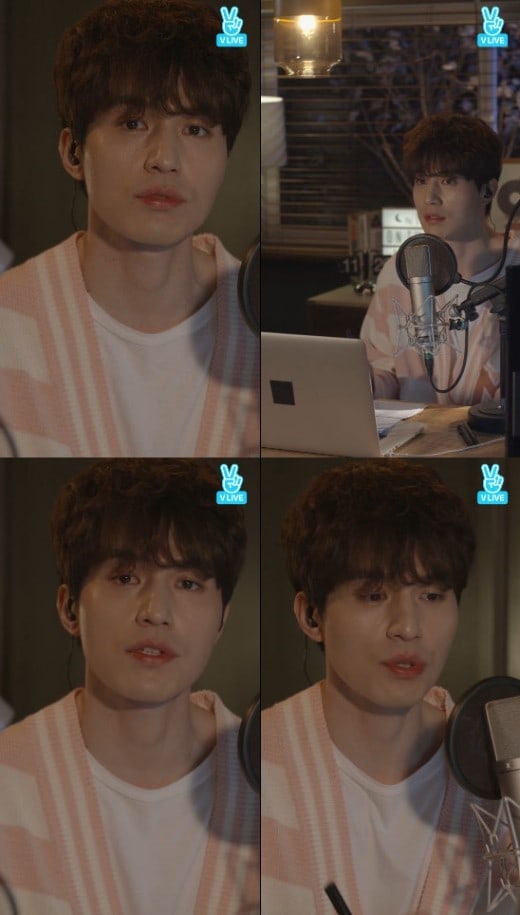 Another fan admitted that she relieved stress by overeating. In response to her confession, Lee Dong Wook suggested that simply waiting is a good way to deal with stress. He made an analogy to opening up a restaurant, saying that it’s rare for restaurants to attract customers right away. “In the end, it’s just a matter of time,” he advised.

The actor then addressed the act of overeating. “There are many people who eat a lot when stressed. They’ll just regret it later. It’s important to find another hobby,” he cautioned. “When I get stressed, I walk around the inside of my house and think about the problem. My stress goes away at some point and then I come up with solutions,” he shared.