Lee Dong Wook’s agency King Kong by Starship has released behind-the-scenes stills of the actor on the set of tvN’s “Touch Your Heart”!

In the images, Lee Dong Wook is filming the scene from the second episode where he saves Oh Jin Shim (played by Yoo In Na) from an angry man on the road by pretending to be her lawyer. 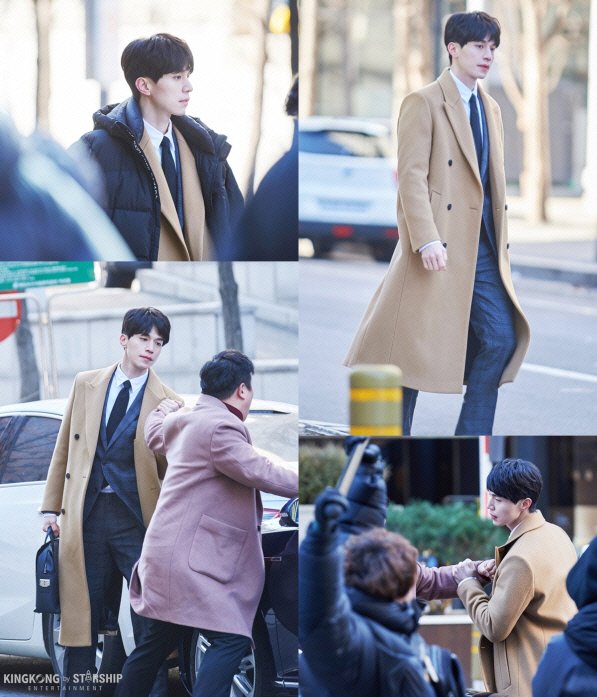 The weather during the shoot was extremely cold, which explains why Lee Dong Wook can be seen wearing a long winter jacket over his coat when he isn’t filming. Despite the freezing weather, Lee Dong Wook continued to speak with the staff with a smile on his face and made the atmosphere bright. Once the cameras started rolling, he got right into his character as Kwon Jung Rok and showed his professionalism as well.

“Touch Your Heart” airs every Wednesday and Thursday at 9:30 p.m. KST. Watch the latest episode below!