On May 9’s episode of “Radio Star,” Lee Hwi Jae talked about how his twins are doing as they adjust to no longer filming the reality show “The Return of Superman.”

Lee Hwi Jae said, “I think we’d done it enough. The children are now 6 years old, so I decided to no longer do it.”

He continued, “However, Seo Eon and Seo Jun are now asking, ‘Are the camera uncles really not coming?’ They’re very upset when we tell them that they’re not coming anymore. Still, the two of us never showed them ‘The Return of Superman’ even once. So they are not that upset.” 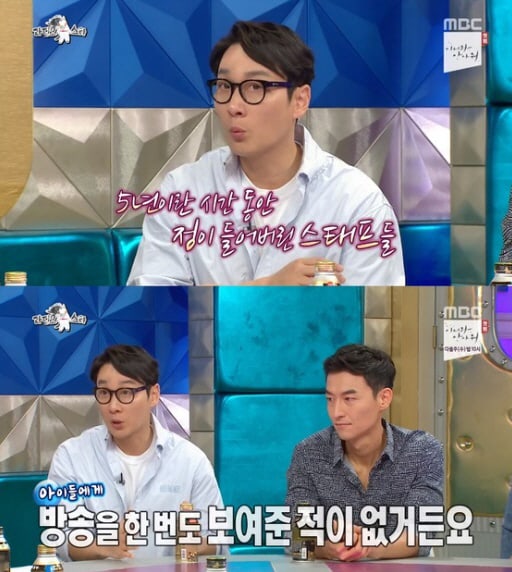 Lee Hwi Jae and his sons Seo Eon and Seo Jun were a staple of “The Return of Superman” since its pilot episodes in 2013. Their final episode of the show aired on April 8.

Watch the latest episode of “The Return of Superman” below!