Lee Hyori and other resident singers of Jeju Island attended the 70th anniversary of the April 3 Jeju Uprising.

During the commemoration event, singers carried out several performances to honor the historical event. Lee Hyori recited the poem “The House of the Wind” and “Life Does Not Heal Readily” in remembrance of those who lost their lives during the uprising. 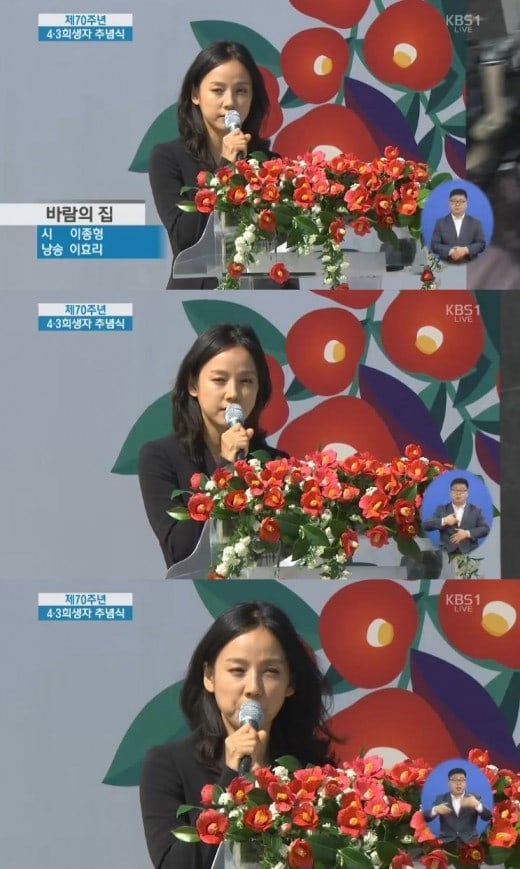 On her attendance and performance, Lee Hyori shared at Kim Je Dong’s Talk Concert in Jeju, “Since I started living in Jeju Island, I even got to run a bed and breakfast, and got a lot of help from Jeju. So I decided to attend thinking there was something I could do in return for Jeju.” The singer began her life in Jeju Island after getting married to Lee Sang Soon and has shown off her peaceful life through the popular JTBC show “Hyori’s Homestay.” On a recent episode, she gained attention for explaining the history behind the uprising.

Other singers that attended and currently reside in Jeju Island include indie musician Lucid Fall, who sang his song “Dancing in April,” and veteran singer Lee Eun Mi, who sang “White Wild Rose.” 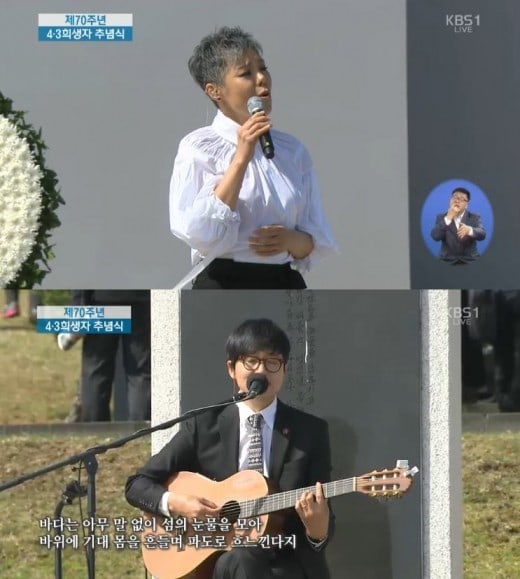 The April 3 Uprising occurred in 1948, when the South Korean Labor Party and the Jeju Island Party opposed the establishment of a single government of South Korea. The American military violently suppressed the armed revolt, and tens of thousands of people were killed.