Lee Hyori and Girls’ Generation’s YoonA thanked one another on JTBC’s “Hyori’s Homestay 2.”

During the May 13 episode, Lee Hyori and YoonA spent time together on the second-to-last day of the homestay.

Lee Hyori said, “It will end after tomorrow. Is there anything you haven’t been able to tell me?”

YoonA told her, “I didn’t say this in case it sounded too formal, but I’m really thankful that you treated me comfortably and not as my senior, but as if you were my real, close, older neighborhood friend.”

On their last day together, Lee Hyori, Lee Sang Soon, and YoonA ate lunch and went on a walk with the dogs. In the car, Lee Sang Soon joked, “After today, YoonA will become unemployed,” then added, “What will we do now without YoonA?” 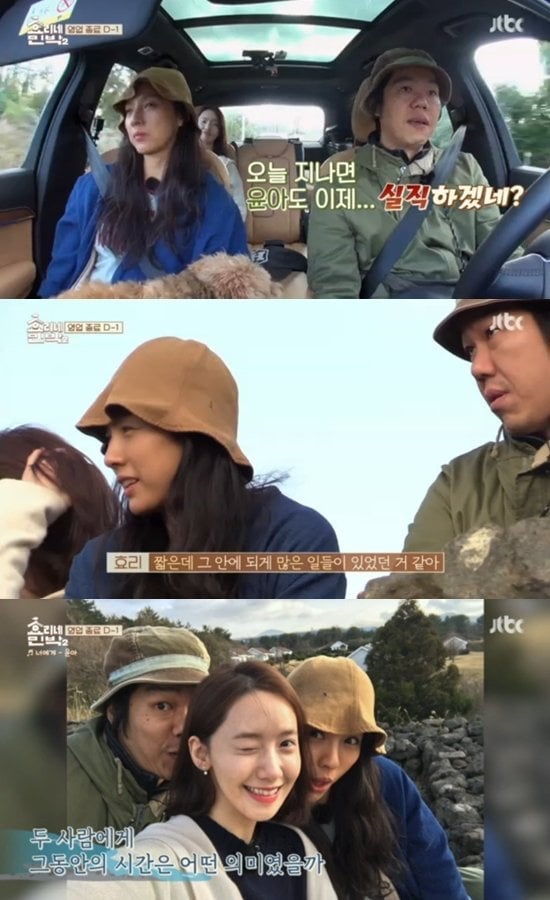 Lee Hyori added, “Your absence will be felt for a while.”

After premiering on February 4, “Hyori’s Homestay 2” aired its final episode on May 13. A special episode featuring unaired footage and interviews of Lee Hyori, Lee Sang Soon, YoonA, and Park Bo Gum will air on May 20.