Lee Je Hoon, Chae Soo Bin, and the other leads of “Where Stars Land” have quickly adapted to the chaos of working at the airport.

“Where Stars Land” is about the romance between first year employee Han Yeo Reum (played by Chae Soo Bin), who has a troubled past, and the mysterious new hire Lee Soo Yeon (played by Lee Je Hoon), who harbors a secret. They work together at Incheon International airport, where they embrace each other and their wounds. The drama is written by Kang Eun Kyung, and directed by Shin Woo Chul, who previously directed “Gu Family Book.”

In the released photos, Lee Je Hoon and Chae Soo Bin are hard at work as members of the passenger service team. From pushing carts and organizing the facility, to directing lost and confused passengers, they do their best to help the hectic nature of the airport run smoothly.

Their superiors Seo In Woo (played by Lee Dong Gun), the head of the strategic operations team, and Yang Seo Gun (played by Kim Ji Soo), the head of the passenger service team, show what happens behind-the-scenes of an airport. Cooperating with various departments such as the transportation team, commercial facilities team, runway team, and security team, they juggle teamwork and conflict, showcasing true workplace politics. 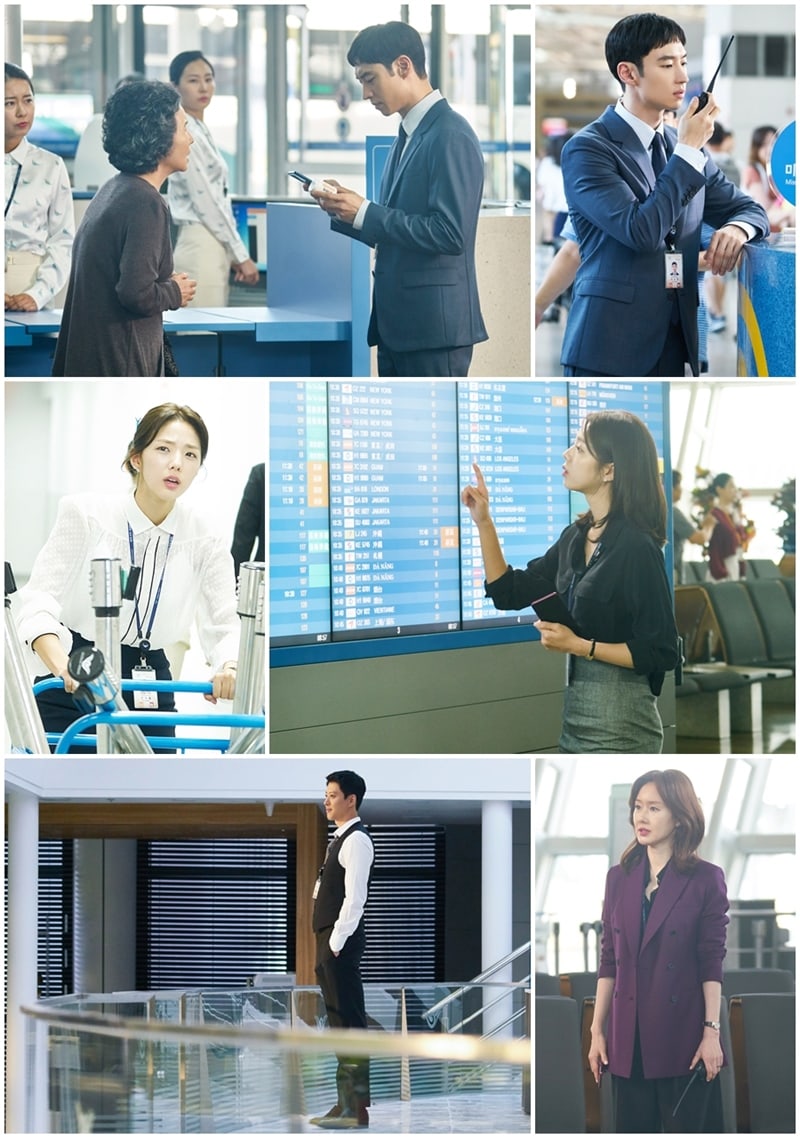 The drama will show beautiful spaces hidden away in the busy airport, including the brand new second terminal which opened earlier this year. By introducing airport jargon and filming in secure areas, it will show the inner workings of an airport.

A source from the production staff stated, “As it is a place that many people have fantasies about, the drama will use the special emotion-filled setting of an airport to show fuller stories of meetings and farewells, and happiness and sorrow. Lee Soo Yeon and Han Yeo Reum’s fateful romance and the various stories of what happens inside an airport will be coming, so please look forward to it.”

“Where Stars Land” will air its first episode on October 1 at 10 p.m. KST.

If you haven’t already, check out the preview below!