Lee Je Hoon plays Lee Soo Yeon, a new employee at the Incheon International Airport, and Chae Soo Bin Han Yeo Reum, a passenger service employee at the same airport. The two of them have secrets and a troubled past, but learn to leave them behind as they fall in love. 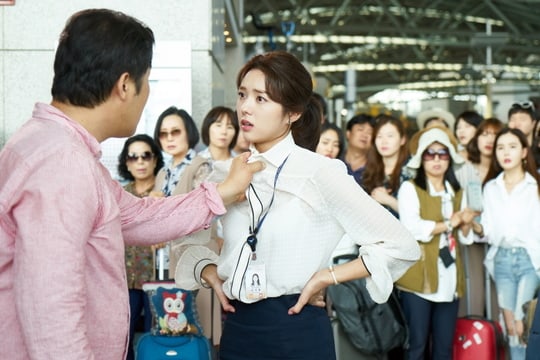 In the stills released on September 26, Chae Soo Bin is caught up in a physical confrontation with an angry stranger. Lee Je Hoon, at first watching from the crowd, steps up and lends her a hand, turning the tables on the stranger with a calm expression and a mysterious whisper. 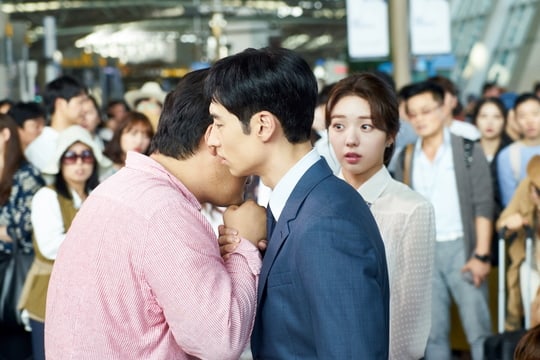 The production staff stated, “Lee Je Hoon’s charisma as he took down the angry stranger and perfect synchronization with his character shook the hearts of all the women on set. Lee Je Hoon and Chae Soo Bin’s talent, the tense scenario, and the passionate acting of the other passengers made for an exciting first meeting scene.”

“Where Stars Land” premieres on October 1 and will be available on Viki! Check out the trailer below: