New stills of Lee Joon Gi have viewers wondering what he has up his sleeve on tvN’s “Lawless Lawyer.”

On May 18, the drama released photos of Bong Sang Pil (played by Lee Joon Gi) looking confident in handcuffs and in the courtroom.

In the first set of stills, Lee Joon Gi is sitting on a bus in handcuffs, looking out the window, and smiling. Manager Tae (played by Kim Byung Hee) and Geum Kang (played by Lim Ki Hong) are also on the bus, making viewers wonder what happened that led to the arrest of these three characters.

Despite the fact that he’s been arrested and is headed to prison, Bong Sang Pil couldn’t look happier and seems to be enjoying the moment. 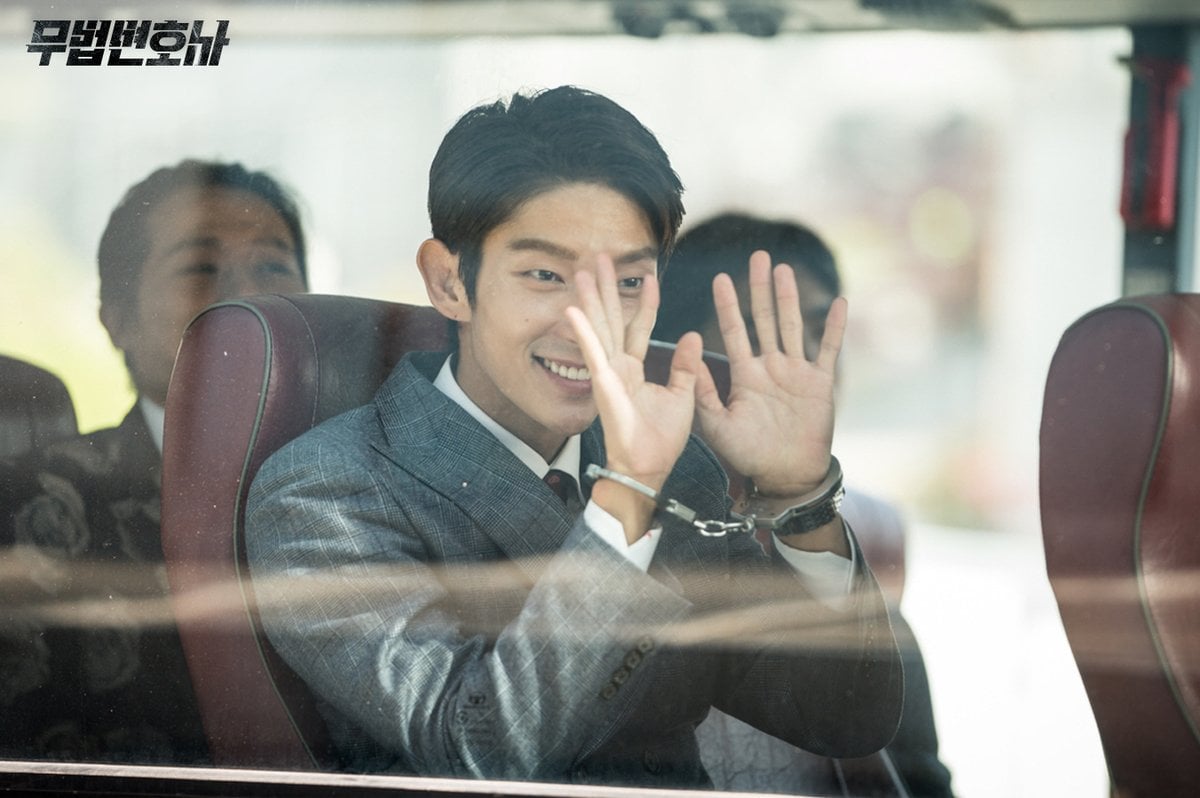 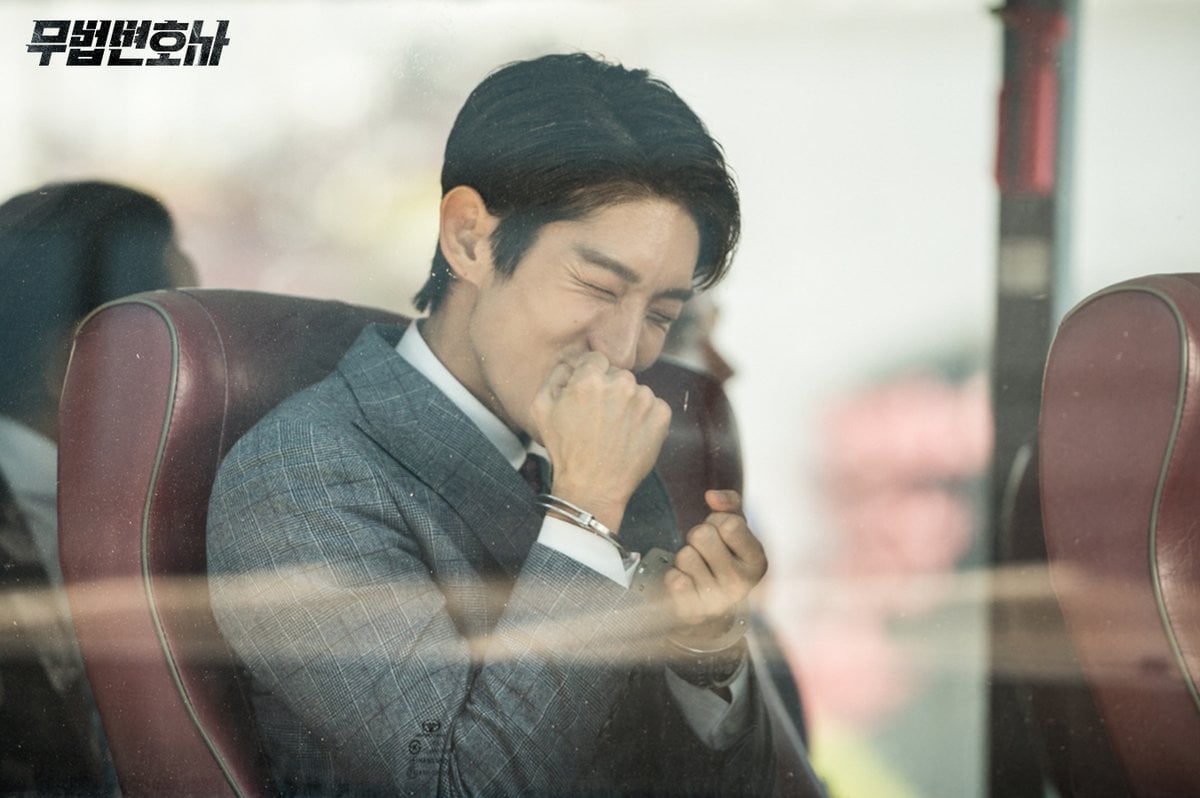 At the end of last week’s episode, Bong Sang Pil told Manager Tae and Geum Kang to delay the trial and left the courtroom to save Ha Jae Yi (played by Seo Ye Ji) who had been kidnapped after falling for Ahn Oh Joo (played by Choi Min Soo)’s trick.

In order to delay the trial, Manager Tae and Geum Kang caused havoc in the courtroom. Just when judge Cha Moon Sook (played by Lee Hye Young) was getting upset by the situation, Bong Sang Pil entered the courtroom.

The second set of stills shows what happened after Bong Sang Pil reentered the courtroom. Smiling at Cha Moon Sook, he said, “The trial starts now.” 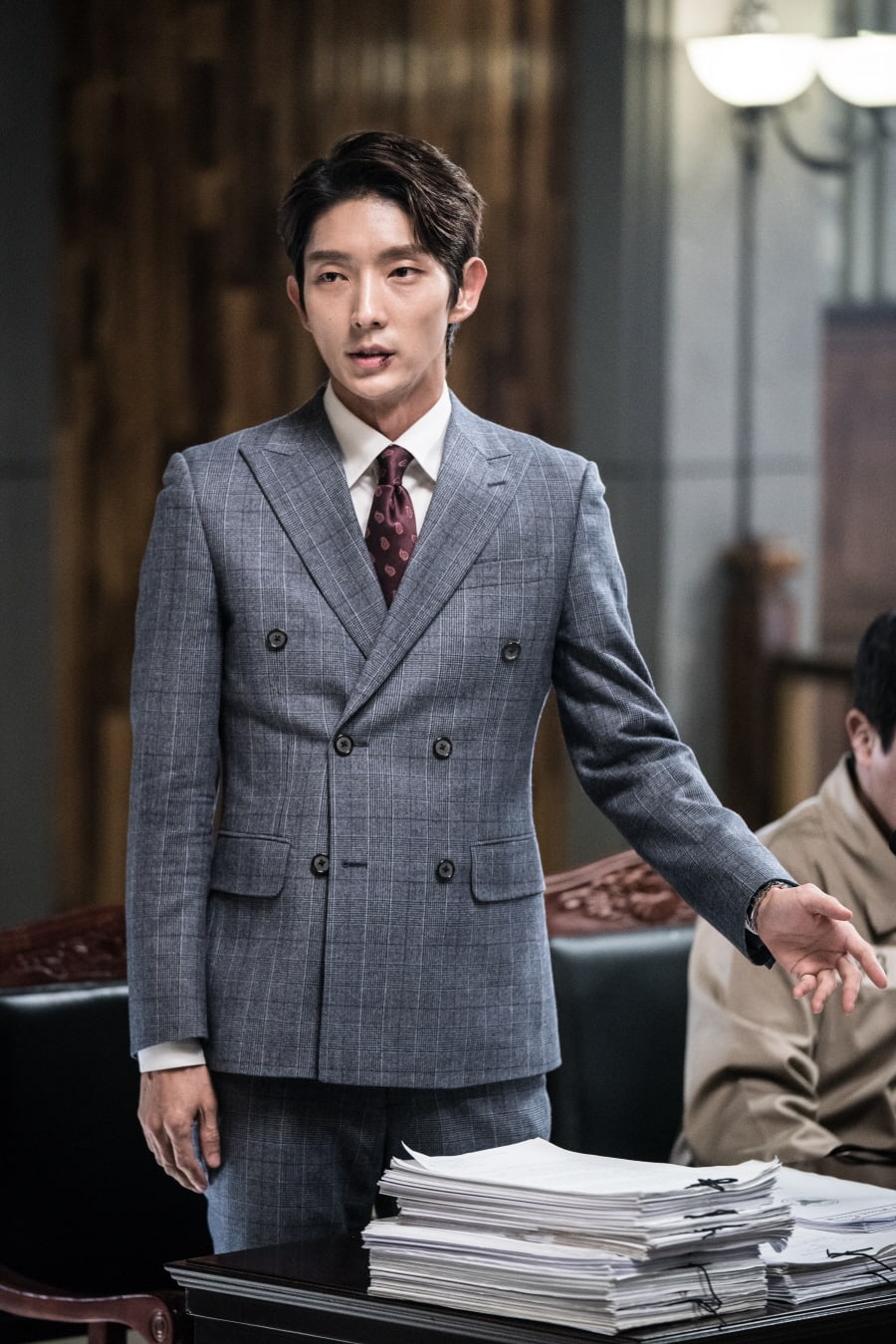 In the photos, Lee Joon Gi completely transformed into lawyer Bong Sang Pil. Despite being injured from saving Ha Jae Yi, he takes over the courtroom and even confidently looks over at prosecutor Kang Yeon Hee (played by Cha Jung Won).

A source from the drama said, “The scene where Bong Sang Pil gets arrested and is taken away will air tomorrow [May 19] and will be one of the important scenes of episode 3. It will show Bong Sang Pil’s big picture for the investigation of the murder of Mayor Kisung. The story will unfold beyond your imagination as to why Bong Sang Pil was arrested and why this kind of situation occurred to him. Please check it out when it airs.” 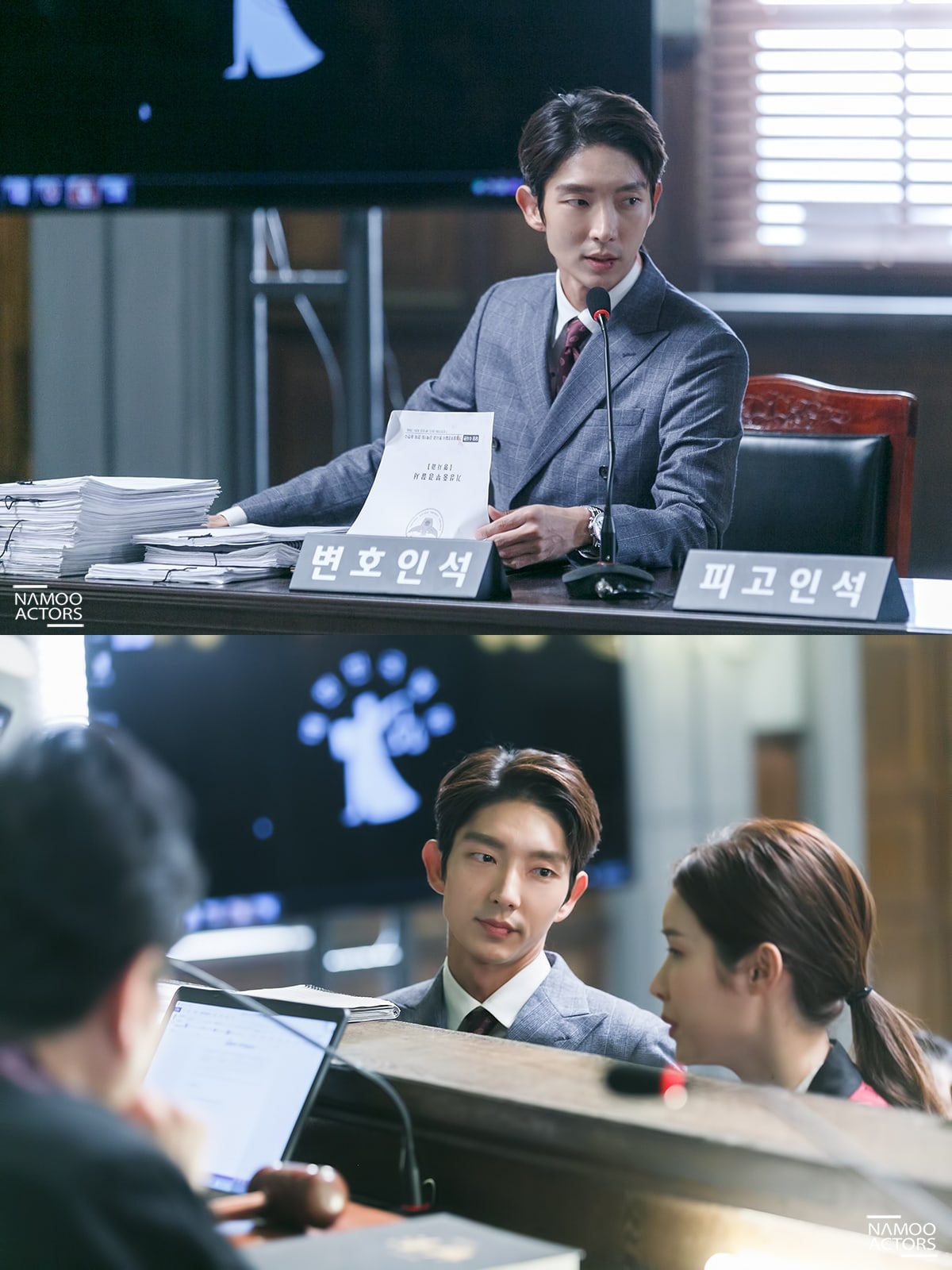 “Lawless Lawyer” airs on Saturdays and Sundays at 9 p.m. KST.