Actor Lee Jung Jae reveals how he got to act with Liam Neeson in the war blockbuster “Operation Chromite.”

On the June 26 episode of MBC’s “Section TV,” the main cast of “Operation Chromite” sits down for an interview ahead of the film’s premiere next month. The highly anticipated war film stars Lee Jung Jae, Lee Beom Soo, Jin Se Yeon, and Jung Joon Ho.

During the interview, Lee Jung Jae talks about his strong desire to act with the Hollywood star. “I had no scenes with Liam Neeson in the original script. But I was unsatisfied, and finally got to act with him after getting additional scenes.” 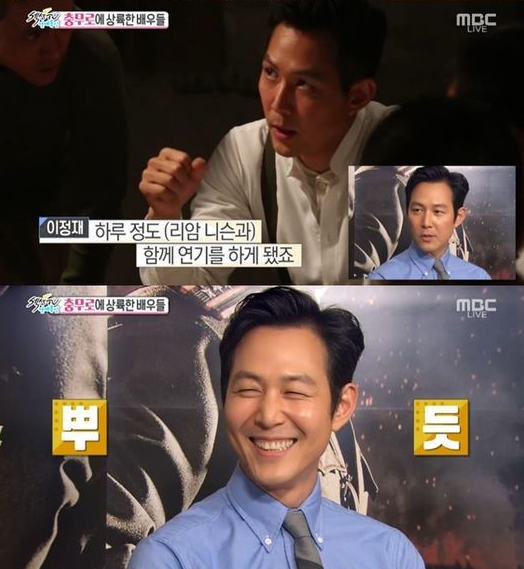 “A couple of scenes were somehow added [to the film] and we got to film together for around 24 hours,” he explained with a smile on his face. In the movie, Lee Jung Jae plays Captain Jang Hak Soo and Liam Neeson depicts General Douglas MacArthur.

Meanwhile, “Operation Chromite” is based on actual events of the Korean War, more specifically the Battle of Inchon.