Lee Kwang Soo Competes Against an AI in “Running Man”

Lee Kwang Soo once again demonstrated his unluckiness on the “robot wars” episode of “Running Man” which aired on April 10.

Members go up against an AI in a game of “kkeut mal it gi” (literally “connecting last sounds”), a game where people take turns saying a word whose beginning sound starts with the ending sound of the previous word. 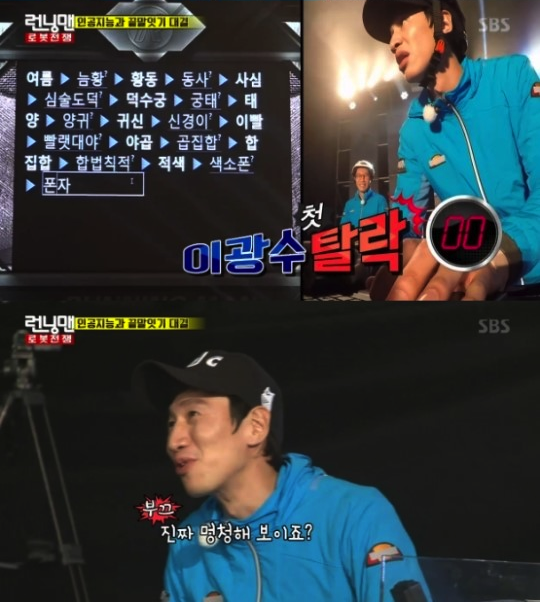 When it was Lee Kwang Soo’s turn to choose a word, he had to come up with a word that started with “phone.” After he isn’t able to think of one, he uses the dictionary lifeline, only to be told that there is no word in the Korean dictionary that starts with “phone.”

Flustered, Lee Kwang Soo says, “I used the lifeline but the word isn’t there (in the dictionary),” to the amusement of everyone on set.

Watch the full episode below: