The May 6 episode of SBS’s “Running Man” featured the final installment of the show’s four-week “Family Global Package Project.”

During the episode, team leaders Yoo Jae Suk, Kim Jong Kook, and Ji Suk Jin each chose a backpack to determine where their team would head off to for their mission. Yoo Jae Suk chose a mission card with the phrase “Hong Kong,” while Kim Jong Kook’s card featured the word “island” and Ji Suk Jin’s read “inland.”

The members then split into teams by blindly choosing one of the three doors behind which the leaders were hiding. When Hong Jin Young happened to pick Kim Jong Kook’s team once again, the rest of the cast cheered, “Date each other!” The two had already drawn suspicion from the other cast members for appearing to have worn couple outfits yet again. 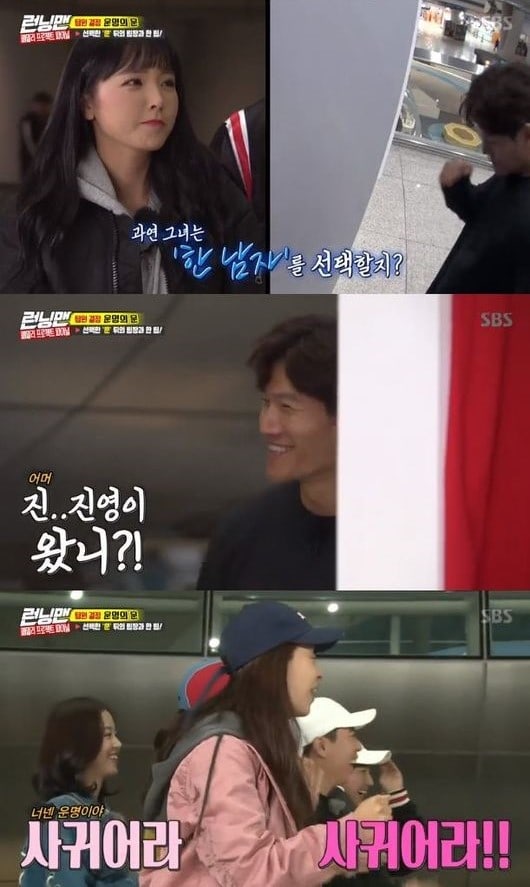 Each of the teams had a different mission for the day: Yoo Jae Suk’s team had to receive order number 1001 while standing in line at a famous restaurant, while Ji Suk Jin’s team had to ride a long zip-line. Kim Jong Kook’s team had to compete in a game of yutnori (a traditional Korean board game that involes throwing sticks) with a group of three brothers.

Amidst the chaos, Kim Jong Kook’s team drew attention for the chemistry between its members. As soon as they met up, Lee Kwang Soo and Lee Da Hee began to jokingly tease one another, causing Hong Jin Young to ask them, “What’s going on between you two? Is this bickering something like a lovers’ spat?” Hong Jin Young then tried to create a similar atmosphere with Kim Jong Kook, much to the amusement of everyone else. 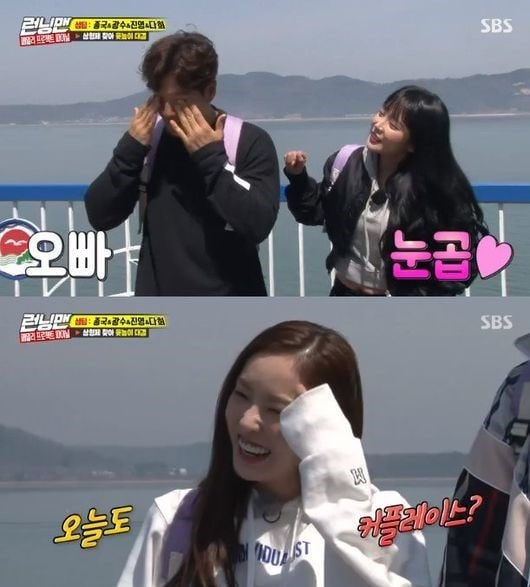 The team’s playfulness continued throughout the episode. Hong Jin Young told Lee Kwang Soo and Lee Da Hee that they seemed like a campus couple, and Lee Kwang Soo responded, “You [and Kim Jong Kook] look even better together [as a couple].” 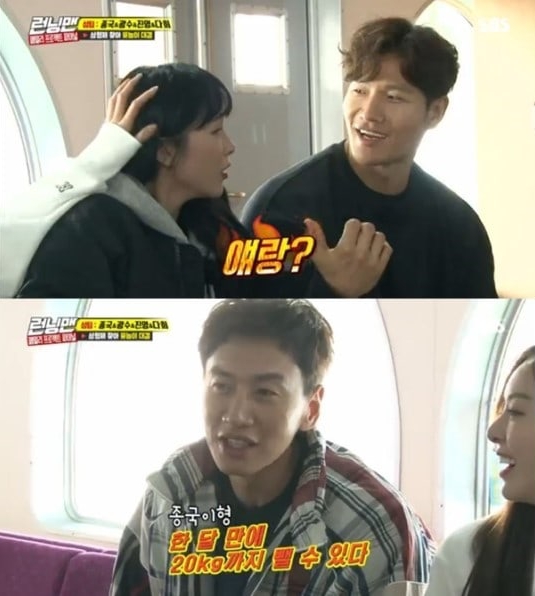 “Running Man” airs every Sunday at 4:50 p.m. KST. Watch the latest episode below on Viki!