Lee Kwang Soo and Song Ji Hyo aren’t afraid of getting a little physical on the next episode of “Running Man”!

The upcoming April 29 broadcast of the SBS variety show will celebrate new members Jun So Min and Yang Se Chan’s first anniversary since joining the show last year. In order to commemorate the occasion, the cast of “Running Man” will be taking a special trip together that involves a number of entertaining missions.

One of the missions featured on the episode requires the cast members to complete a mission inside the bathroom, forcing all eight members to huddle inside a small, cramped bathroom as they attempt to avoid the punishment faced by any member who exits prematurely. 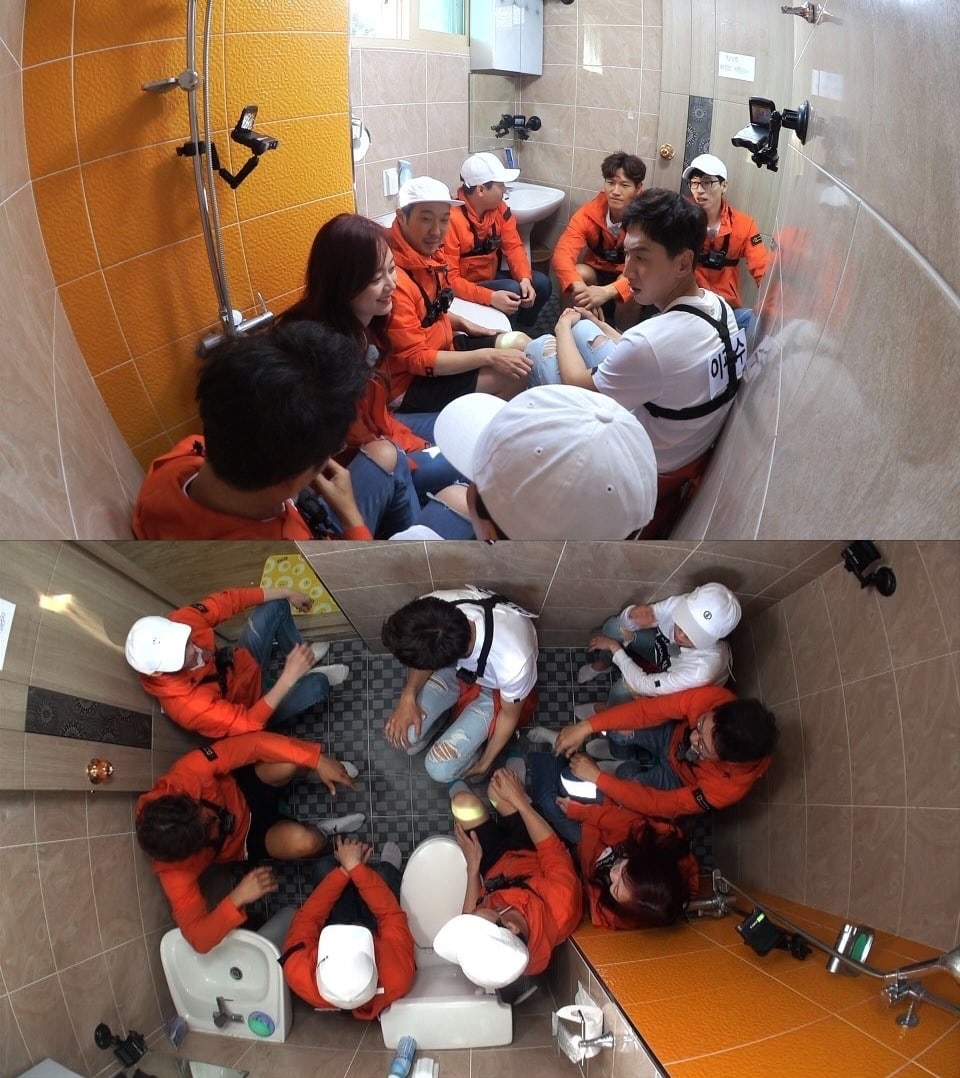 However, instead of focusing on completing the mission at hand, the cast members soon end up in a vicious brawl as they try to inflict the punishment on one another by pushing each other out of the bathroom. 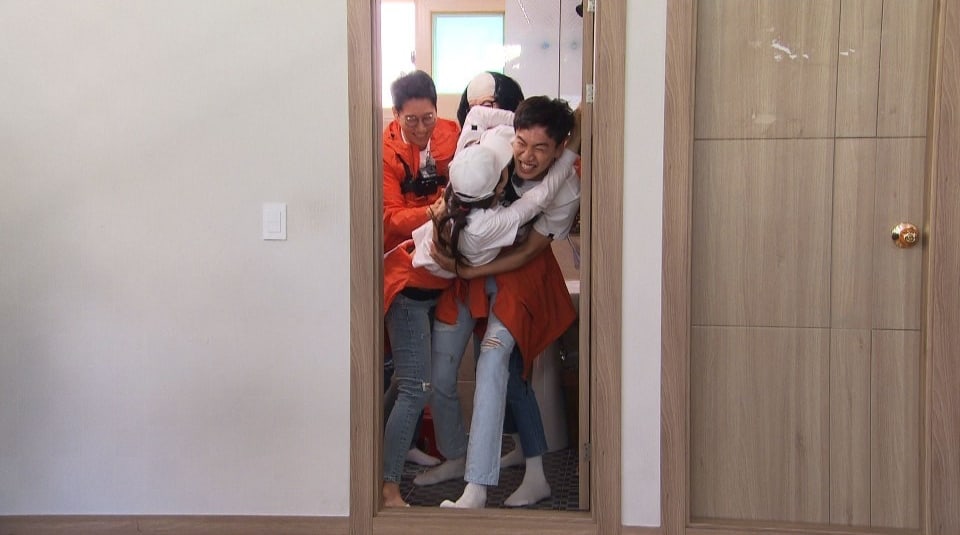 The “Running Man” cast and crew reportedly couldn’t stop cracking up at the two actors’ violent struggle, noting that it looked like they were ballroom dancing.

To find out who emerges the victor of Lee Kwang Soo and Song Ji Hyo’s ruthless battle, tune in to the next episode of “Running Man,” which airs on April 29 at 4:50 p.m. KST.