It looks like Lee Kwang Soo’s luck may have run out once again!

On the February 17 episode of SBS’s “Running Man,” the members tested their luck by choosing three eggs from a carton of 30 eggs where one egg was raw while the rest were hardboiled.

HaHa was the first one up. All three of his eggs were hardboiled, and he was able to forgo the punishment. The second person up was Lee Kwang Soo, who has had a long history of notoriously bad luck on the show.

Yoo Jae Suk said, “I’m nervous about you, so just pick one.” Lee Kwang Soo smashed the first egg on his head and it turned out to be a boiled egg. At the suggestion of the members, he went for another egg and confidently smashed it onto his forehead. The second egg turned out to be a raw egg and exploded everywhere.

HaHa commented, “This is why people say that it’s scripted” and Yoo Jae Suk added, “This is insane. Why are you like this?” 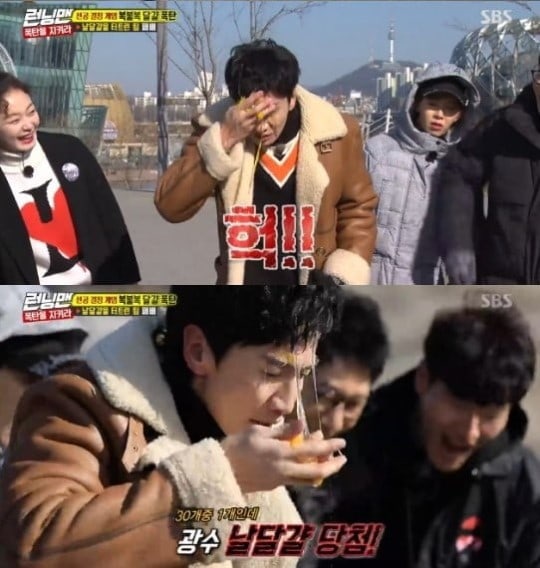