“Beautiful Days” is about a young man named Zhen Chen who goes to Korea to meet his mother for the first time in 14 years. Lee Na Young appears as the mother who abandons her ethnic Korean family living in China, and Jang Dong Yoon portrays her son Zhen Chen. Other actors include Oh Kwang Rok, Lee Yoo Joon, and Seo Hyun Woo.

During a V Live broadcast held for the film on November 9, Lee Na Young remarked, “Kim Ah Ra, an actress from North Korea who appears in the film with me, taught me a lot of things. While learning from her, I teased her a lot.”

She continued, “She taught me Chinese words that are used in Yanbian in a Chinese tone, so I learned a lot.” 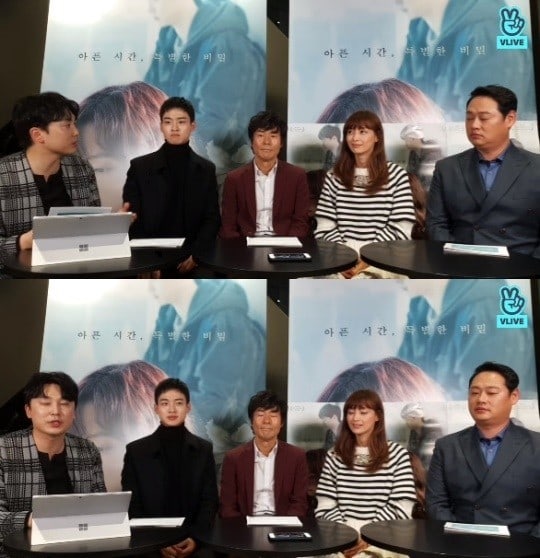 The actress then talked about her appearance in the film at a press conference on the same day. She commented, “I had to portray someone in their teens, 20s, and 30s. From the concepts I had to portray, I think the present was the most difficult. I tried hard to display it without being too flashy, but also showing some color.”

She then added, “It was comfortable wearing comfy clothes and going bare-faced while portraying the past. The director wanted to include a red tone for the present timeline, so I reflected that through the color of my hair.”

“Beautiful Day” will be released in Korean theaters on November 21.