Lee Pil Mo and Seo Soo Yeon have shown off their passionate love for each other once again!

On the February 14 broadcast of TV Chosun’s “Taste of Love,” Lee Pil Mo and Seo Soo Yeon were shown decorating their new house. Seo Soo Yeon brought a flamboyant blanket and six pillows, to which Lee Pil Mo asked, “Where do I sleep then?” Seo Soo Yeon replied, “We can put it down when we sleep,” adding, “We should have the newlywed vibe.” 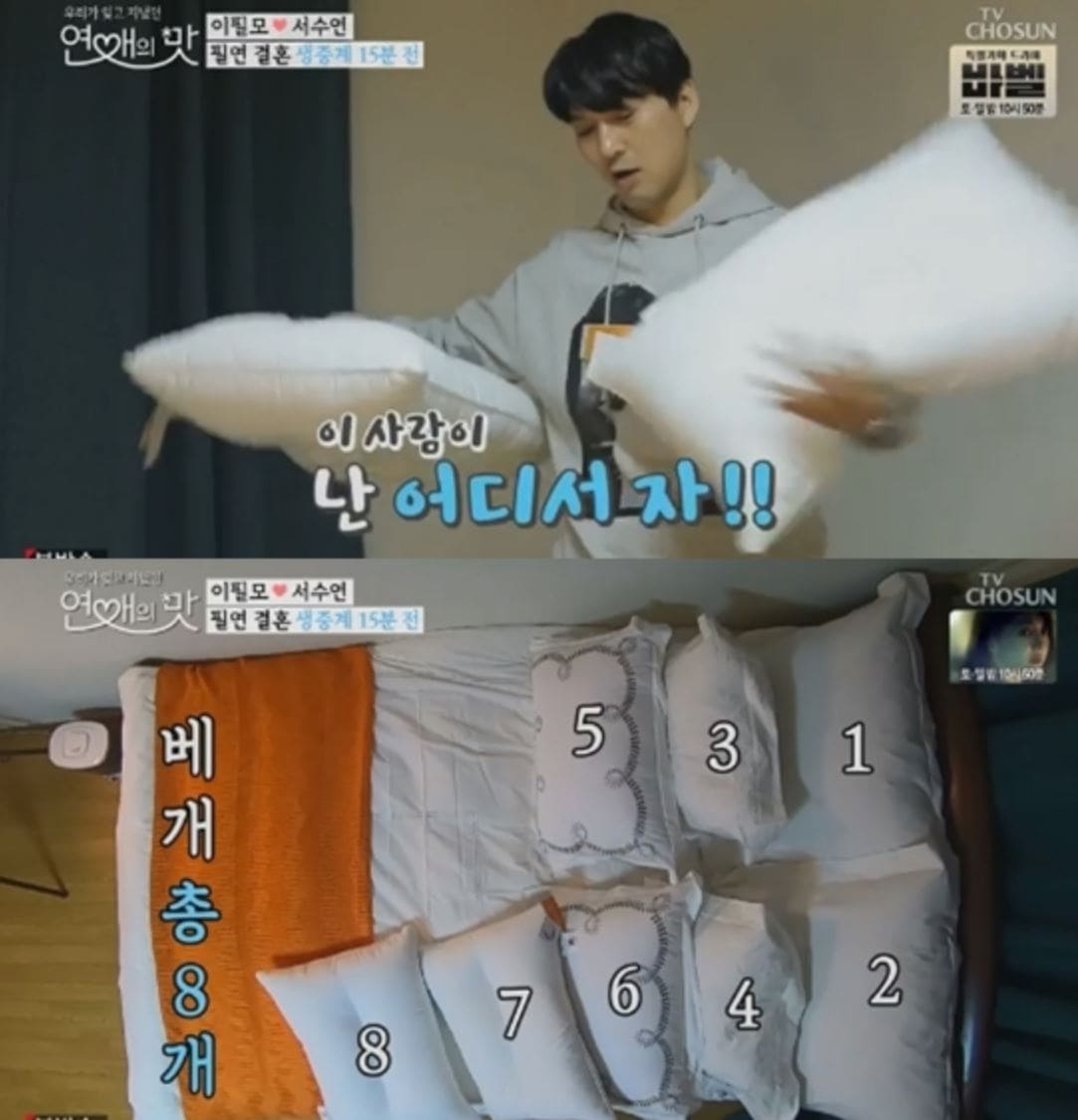 While Lee Pil Mo admired Seo Soo Yeon’s interior decorating skills when she added a bright orange blanket to brighten up the bed, he expressed his surprise when she added two more pillows to the bed. Lee Pil Mo asked again, dumbfounded, “There are more pillows here. Where do I sleep?” Seo Soo Yeon replied that the pillows were extras. However, back at the studio, Lee Yong Jin added, “If there are eight pillows, then there should be at least 13 people in the family.”

Afterwards, the lovely couple decided to write a family motto. Lee Pil Mo wrote down “I’ll love you till the day I die,” making Seo Soo Yeon ask, “Isn’t that a confession, not a family motto?” Lee Pil Mo sweetly replied that it counted as a motto as well. Finally, at Seo Soo Yeon’s suggestion, the two decided on “Happiness begins at home” as their family motto. The two proceeded to make a heart with their fingerprints, which they used to sign the document. 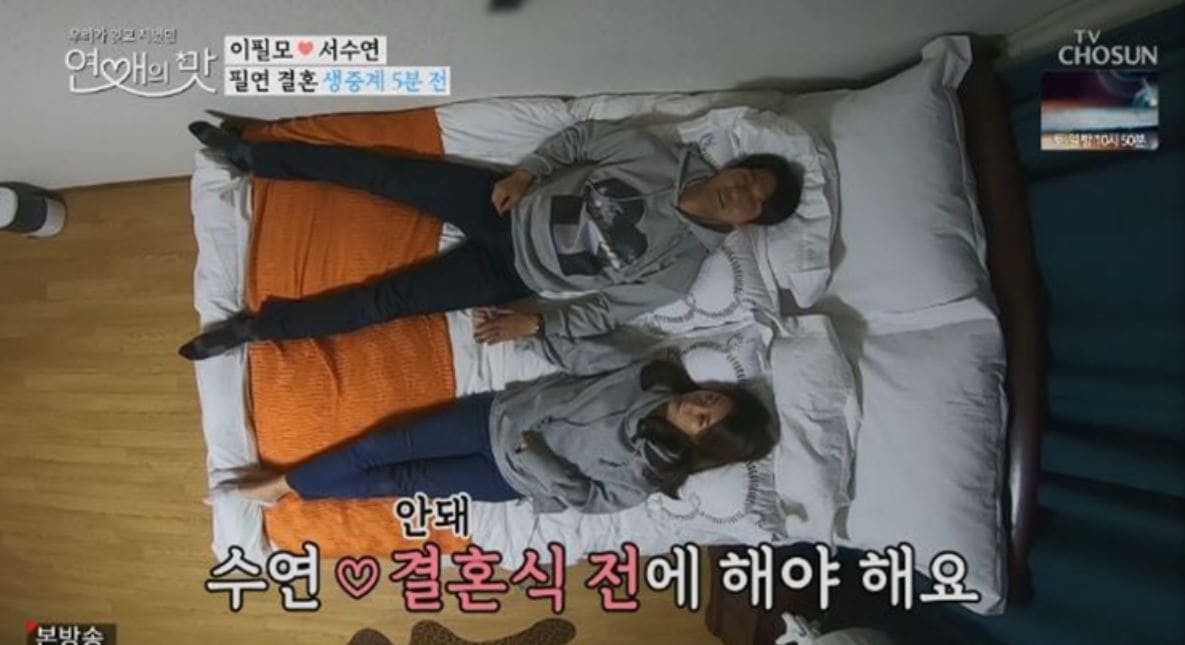 Lee Pil Mo also asked, “How do you feel with one week till the wedding?” to which Seo Soo Yeon replied, “I’m out of my mind. I’m doing a lot, but I can’t focus on each individual thing.” Lee Pil Mo cheered her up by saying, “There’s no need to be perfect at everything.”

The broadcast then proceeded to show footage from the couple’s wedding. Many stars attended to share their blessings, including Jung Il Woo, Lee Ji Ahn, Kwon Min Joong, Kim Young Chul, and Son Hyun Joo, who acted as the main host for the wedding. 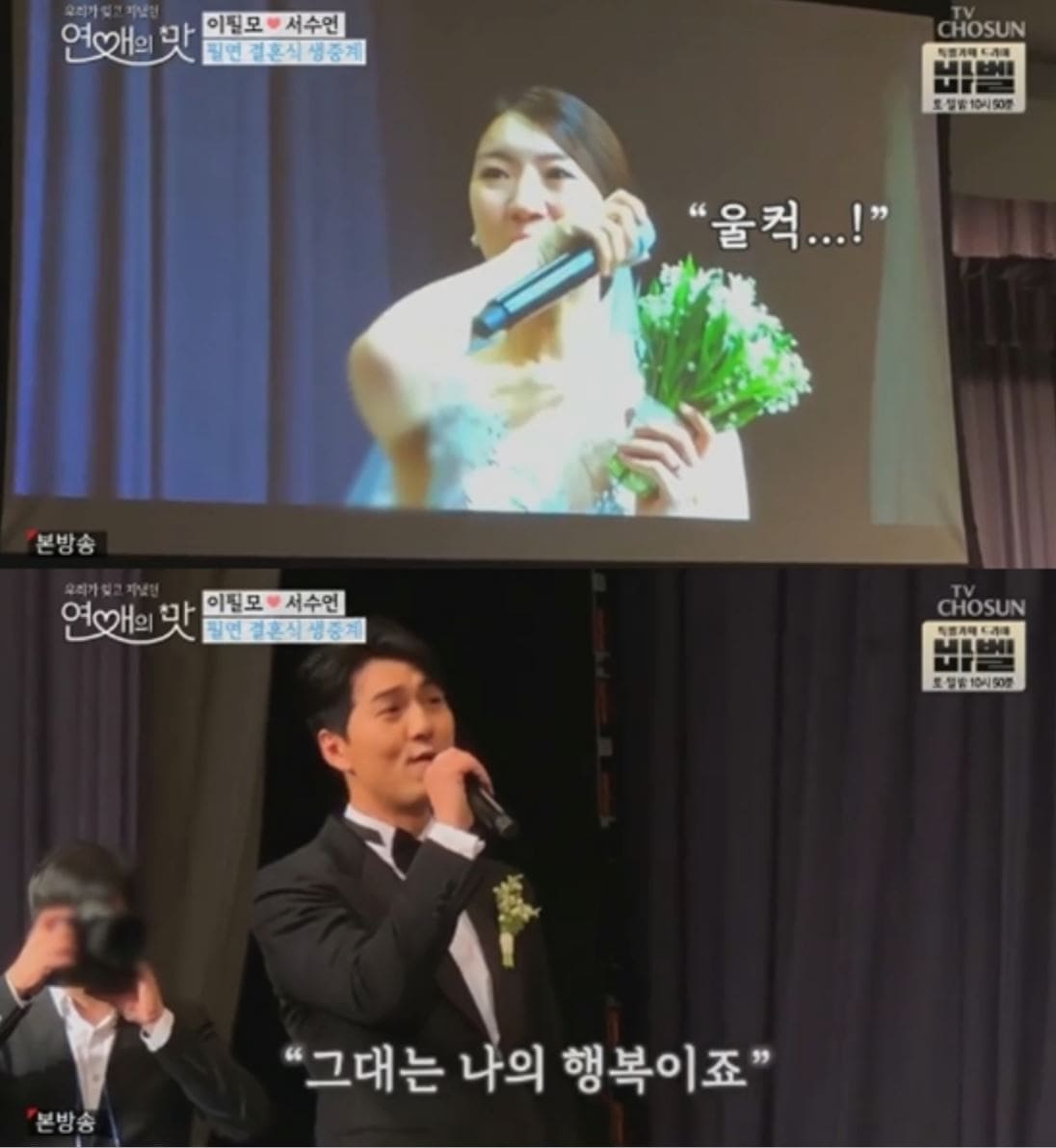 The couple entered the reception, and when Son Hyun Joo said their wedding vows, the two replied “Yes,” very enthusiastically. Lee Pil Mo and Seo Soo Yeon also sang for their own wedding ceremony. Seo Soo Yeon chose Lee Moon Sae’s “Girl” to sing, which was the song she used to confess her feelings for Lee Pil Mo, and she eventually teared up during the middle of the song. Lee Pil Mo sang Kim Dong Ryul’s “Thanks” to express his love.

Son Hyun Joo shared, “Lee Pil Mo is not a singer who’s released songs. I’ve released two albums. I hope the couple lives life like [the lyrics in] my song. I’ll only sing two lines,” and he proceeded to sing, “Even while looking at you, I want to see you.” 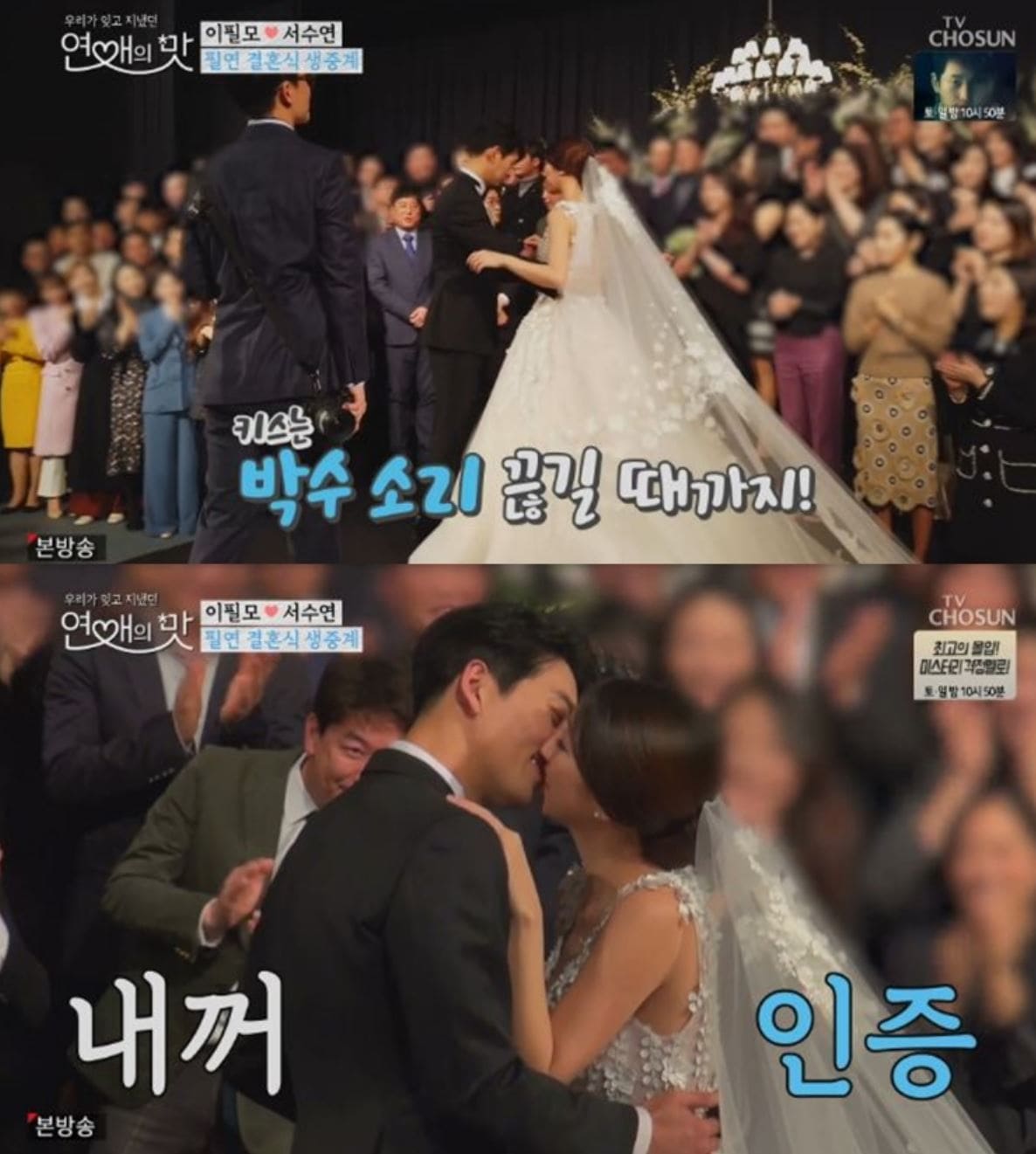 After the wedding ceremony, Lee Pil Mo and Seo Soo Yeon left for the Maldives for their honeymoon.