Lee Sang Yeob Talks About His Character On “Top Star U-Baek,” His Co-Stars, And More

Lee Sang Yeob talked about his character, his co-stars, and what it was like filming on an island for “Top Star U-Baek” in a recent interview.

“Top Star U-Baek” is about a top star Yoo Baek (played by Kim Ji Suk) who causes a huge scandal and is exiled to Yeojeuk Island. There, he experiences slow countryside life, and begins a romance with Oh Kang Soon (played by Jun So Min). Lee Sang Yeob plays Choi Ma Dol, the top star of Yeojeuk Island, who makes a glorious return home on a deep-sea fishing vessel.

On why he chose to appear in the drama and his co-stars, Lee Sang Yeob shared, “I’ve always wanted to work with [Kim Ji Suk and Jun So Min]. Kim Ji Suk is really kind and is someone who makes others feel comfortable. Though we haven’t had a lot of scenes together yet, you can look forward to the chemistry between Yoo Baek and Choi Ma Dol.”

He continued, “I’m close with Jun So Min, so whenever we film, it’s basically an adlib battle as we keep pouring out ad-lib after ad-lib. I think if director Yoo Hak Chan didn’t stop us, we could keep going for hours. I think it would be fun for viewers to guess what is in the script and what are ad-libs while watching the drama.” 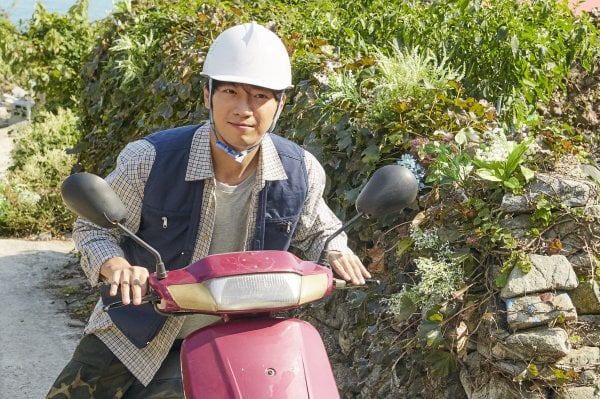 As all the filming for the drama takes place on Daemo Island, Lee Sang Yeob was then asked three things the island did have and didn’t have. He remarked, “I spent around two months with the actors and staff members. I’m happiest that Daemo Island has a food truck, barnacles to eat as side dishes while drinking, and Oh Kang Soon, who I like the most in the entire world.” He laughed and added, “However, there’s no commonly-seen convenience stores or Wi-Fi. I’m the most sad about there being no claw machine, which I really like.”

Lee Sang Yeob then talked about his character Choi Ma Dol. He laughed and commented, “Choi Ma Dol’s charm comes from his child-like whimsy, cheekiness, and his charismatic masculinity. His unique old man vibes will take on Yoo Baek’s coolness.” 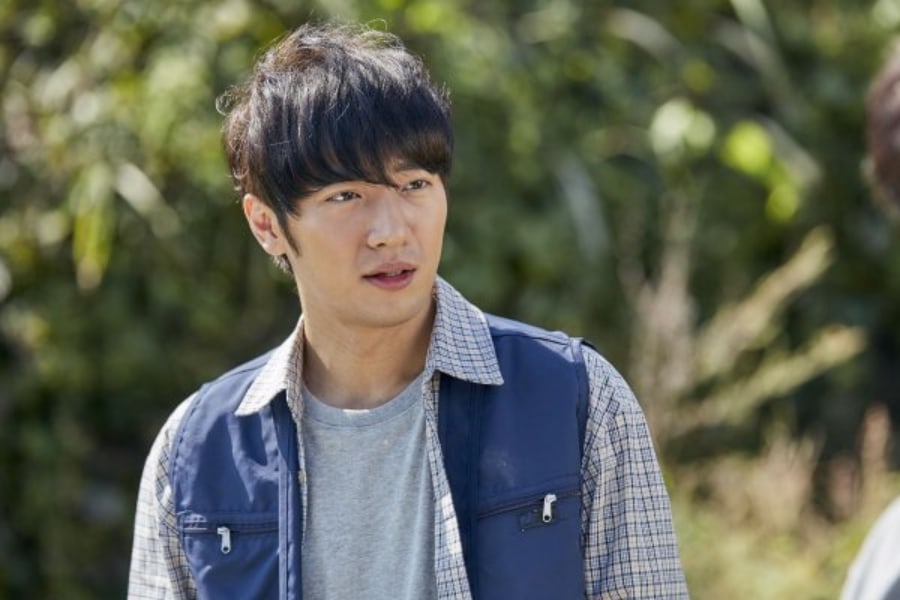 When asked what three things were needed to become Yeojeuk Island’s top star, and how similar he and his character were, he answered, “To be a top star like Sailor Choi, you need wit, refreshing taciturnity, and a friendliness that’s borderline nosy. I think out of those, the joking around and wittiness is the part that’s most similar to me.” He laughed and commented, “I don’t have Choi Ma Dol’s taciturnity or friendliness, so I’m going to try to learn using this opportunity.”

Check out teasers for the drama here!