“About Time” is a fantasy romance that tells the love story of Choi Michaela, a young musical actress who can see the life expectancies of those around her (played by Lee Sung Kyung), and Lee Do Ha, the one man who is mysteriously able to pause the countdown to her death (played by Lee Sang Yoon). The drama promises to capture the magic that can only be sparked by love.

In newly released stills from the drama, Choi Michaela and Lee Do Ha share an unexpectedly heated moment by the swimming pool of a hotel in Hainan, China. After Lee Do Ha happens to find Choi Michaela lost in thought by the pool, the two end up bickering with one another until the tension between them reaches its breaking point—and, as if uncontrollably drawn to her by a magnetic force, Lee Do Ha suddenly pulls Choi Michaela into a firm embrace.

Describing the scene, which was filmed on location in Hainan at the end of April, the producers of “About Time” remarked, “It’s a scene where the romance between Lee Sang Yoon and Lee Sung Kyung, who are drawn to each other like magnets, ends up truly exploding. Please look forward to the magical, swoon-worthy chemistry between the two actors, who lit up the night in Hainan with emotion and beauty.” 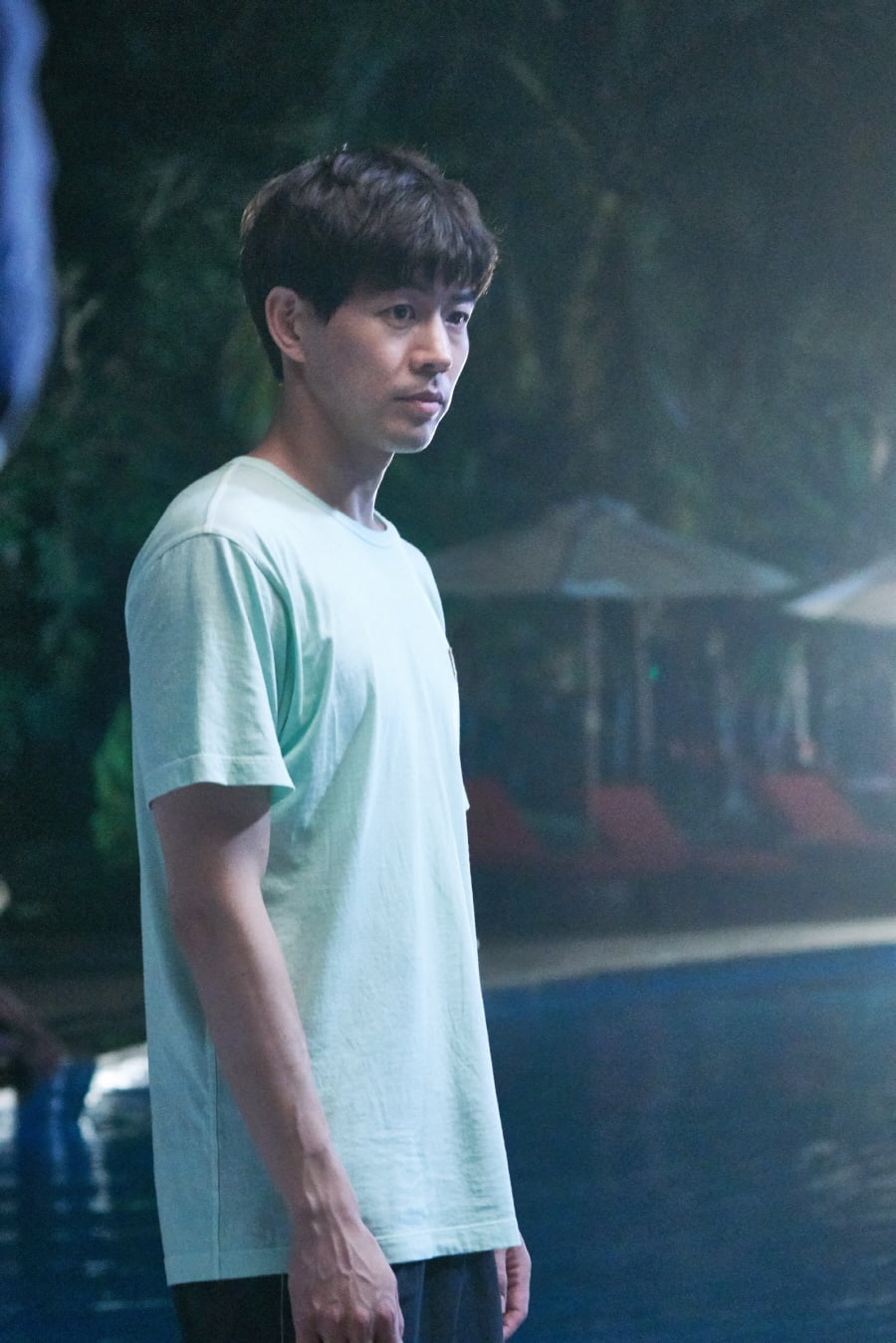 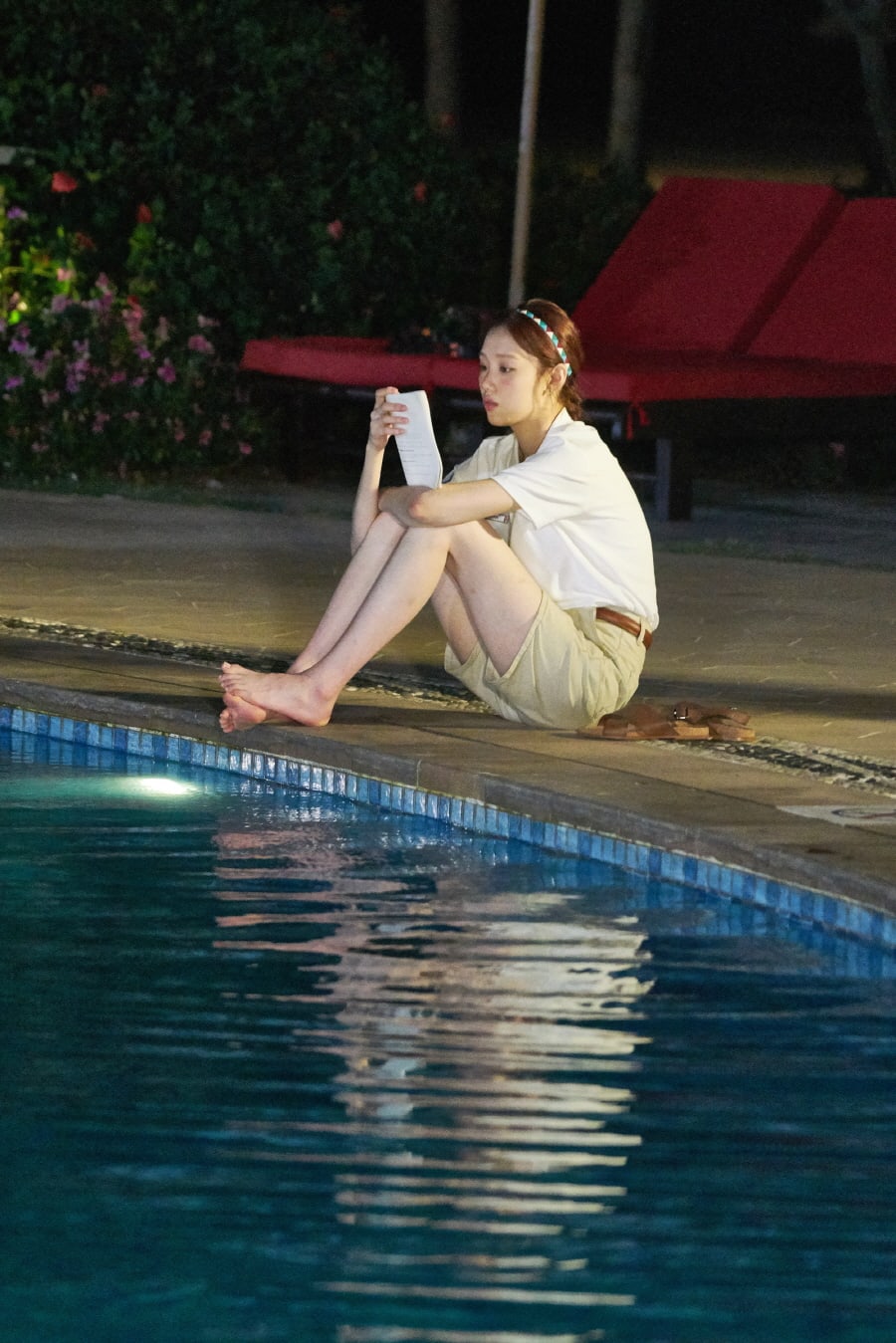 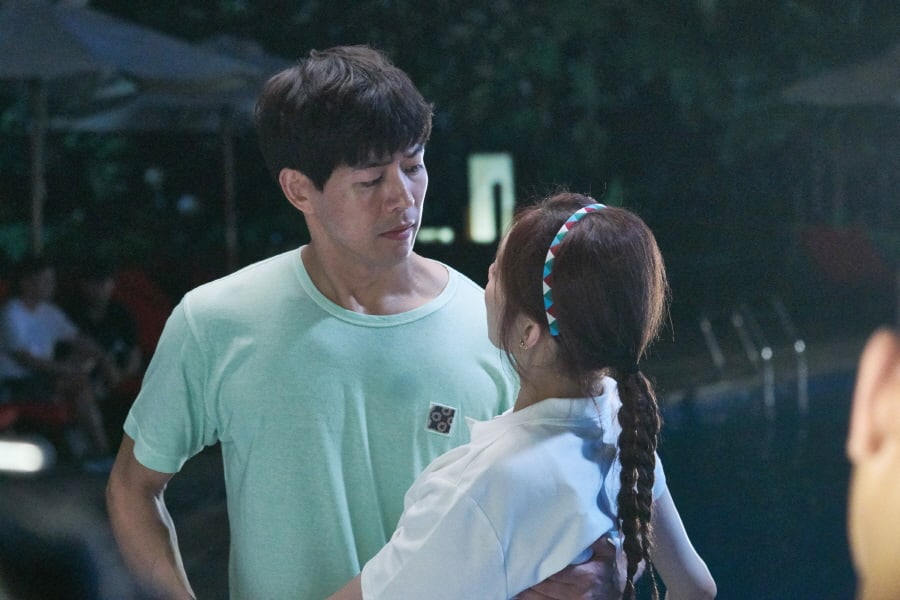 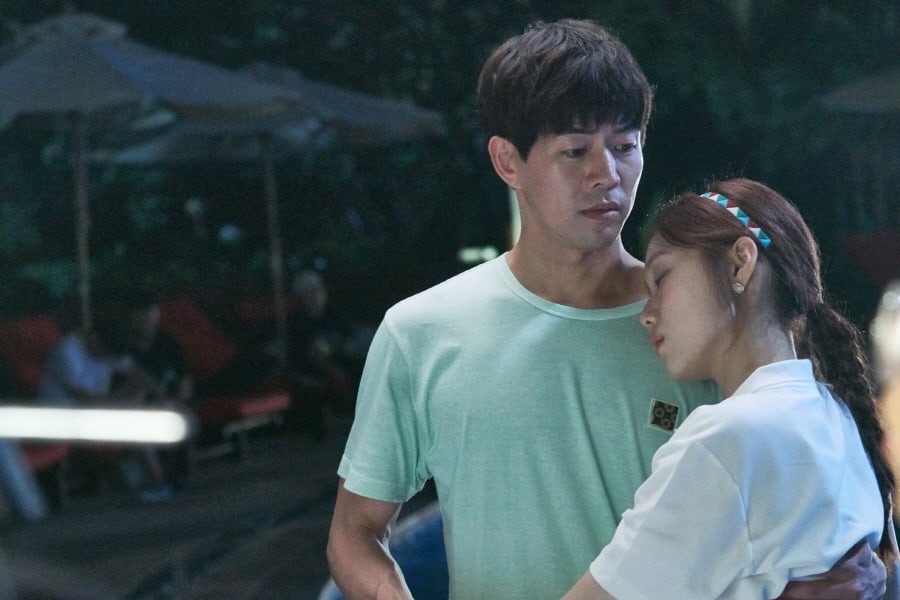 “About Time” premieres on May 21 at 9:30 p.m. KST and will be available with English subtitles on Viki.

In the meantime, check out the highlight reel for the drama here!