Chef Lee Yeon Bok opened up about losing his sense of smell and how he overcame this obstacle on SBS’s “Master in the House.”

On the February 3 broadcast, the members continued learning from their newest master Lee Yeon Bok.

The renowned chef revealed, “When I was working at the embassy, I underwent surgery on my nose because I was really uncomfortable [due to sinusitis]. But they touched a nerve and I lost my sense of smell. After that, I didn’t know how I should taste food and I realized that the sense of smell is really important. Since then, I have created my own rules such as not eating breakfast, not smoking, and not drinking excessively.”

He explained, “If I cook on an empty stomach, my taste buds become more sensitive. My mouth felt really stuffy after smoking, so I stopped smoking after that. If you happen to lose your sense of smell in the future, your taste buds will become heightened as long as you take good care of yourself.” 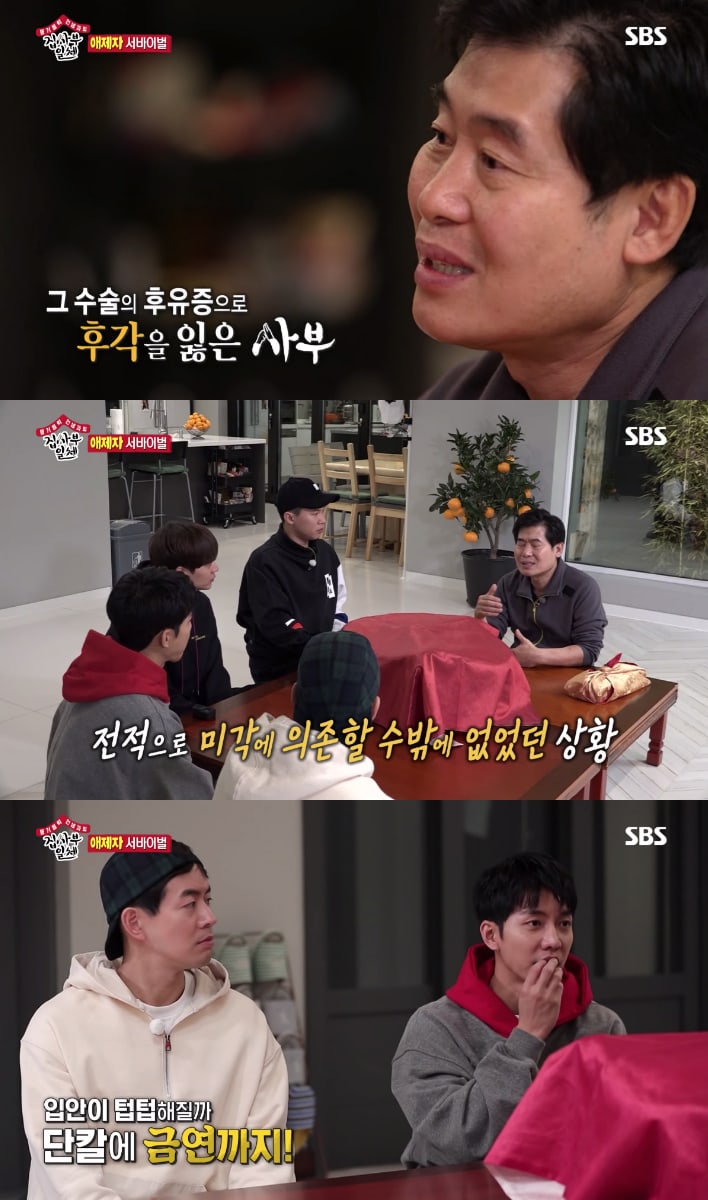 Lee Yeon Bok then tested the cast’s sense of taste. After covering their eyes and noses, Lee Seung Gi and BTOB’s Yook Sungjae tried to guess the food in their mouths. The first pairing was a piece of sweet potato and some wasabi. Yook Sungjae incorrectly guessed carrot and red pepper paste while Lee Seung Gi correctly answered wasabi and sweet potato.

Lee Seung Gi explained, “From the texture, I thought it had to be either a potato or sweet potato. But there was a little bit of sweetness at the end, so I thought it was sweet potato.” The chef and Yang Se Hyung were in awe of his skills, and Lee Seung Gi smiled proudly. Yook Sungjae then made everyone laugh by stating, “I think I found something I’m not good at.”

Filming himself with a camera, the BTOB member covered his nose and bit into an onion as if it was an apple. He said, “Wow. It really doesn’t taste like anything. I think I’m slowly losing my sense of taste.” 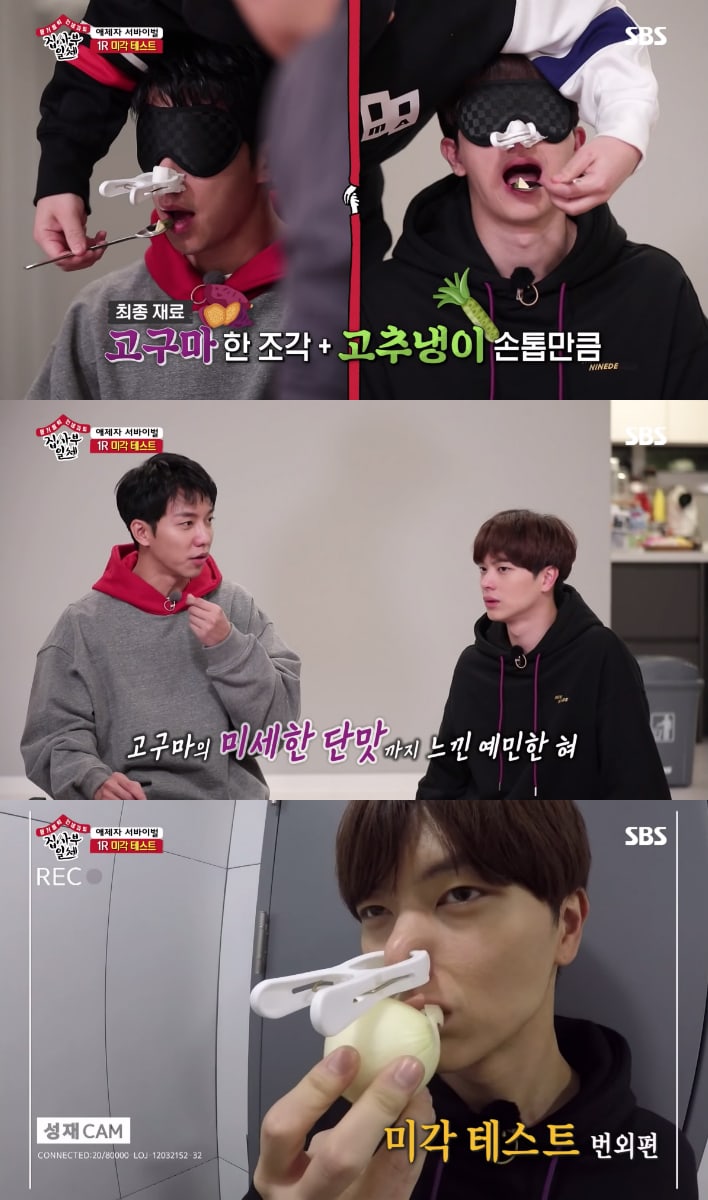 “Master in the House” airs on Sundays at 6:25 p.m. KST. Check out the whole episode below!