This new action-thriller series is about the watchmen who expose governmental cases that show the current situation of South Korea. The drama deals with people who have had their life turned upside down due to crime, and they work together to fight through the pain with justice. 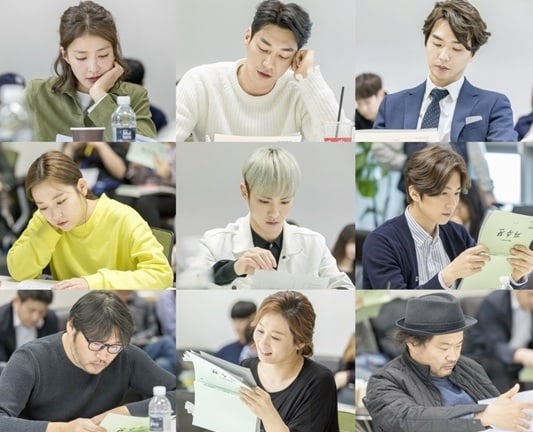 In the drama, Lee Si Young plays a former shooting player and detective named Jo Soo Ji. After losing her daughter due to crime, she joins the watchmen crew to catch criminals who slip through the law. During the table read, the actress expressed detailed emotions very well, including the sorrow of losing her daughter. What’s more, Lee Si Young is expected to show great stunts during the drama, and she seemed pretty determined to do well during the meet-up.

Kim Young Kwang will be playing Jang Do Han, a prosecutor full of bluffs and ambition. Although his character seems perfect, he is expected to grow more inhumane as he plans revenge against someone in his past.

Kim Tae Hoon will be playing a righteous prosecutor named Kim Eun Joong. As he read the script, he showed great chemistry with Kim Young Kwang and raised the anticipation of his performance during the actual filming.

Kim Seul Gi will be playing a unique girl named Seo Bo Mi, who communicates with the world through security cameras. She is described as a “hikikomori,” a person who avoids social contact. In the drama, she will be the eye of the watchmen.

SHINee’s Key will be playing a genius hacker that carries on the watchmen, and he will interact with Kim Seul Gi’s character the most.

Shin Dong Wook, who has come back to the small screen in seven years, will be playing Kim Young Kwang’s stepbrother Lee Kwan Woo.

In addition to these actors, the rest of the cast showed great teamwork as they exchanged lines together.

The producing director Son Hyung Suk stated, “I hope people can feel refreshed seeing the reality break down rather than feel glum. The actors’ diverse personalities were able to liven each character’s charms. I will do my best to make this determination and atmosphere stay strong until the end.”

“Lookout” will air in Mid-May after “Rebel: Thief Who Stole the People” finishes its run.