Lee Seung Gi’s friend and frequent variety show co-star Lee Soo Geun has described how the actor has changed over the decade he’s known him.

On April 12’s episode of “1 vs. 100,” Lee Soo Geun is asked by the host whether he still works well with the members of his former “2 Days & 1 Night” team, some of whom reunited last year to film the web variety show “New Journey to the West.” Lee Soo Geun was a member of “2 Days & 1 Night” during what many consider to be the show’s golden age, along with Kang Ho Dong, Eun Ji Won, Lee Seung Gi, and more.

Lee Soo Geun replies, “The members seem exactly the same as back then. If there’s one thing that’s different, it’s that Lee Seung Gi has changed. I first met him when he was 20, and now he’s 30.” Lee Seung Gi was born in January of 1987, which makes him 29 in Western reckoning but 30 in Korean reckoning.

“Lee Seung Gi didn’t make any noise when he ran, all the way up to when he was 25 years old, but now he pants when he runs,” jokes Lee Soo Geun. “He used to keep standing up, but now he rests with us and drinks water. It made me realize that getting older is inevitable.” 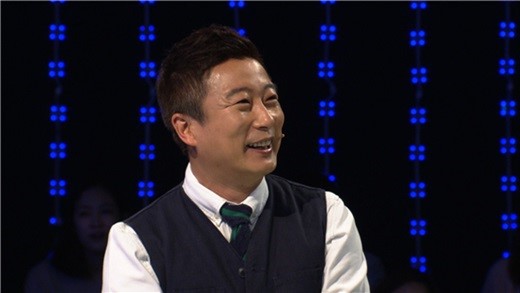 Lee Seung Gi is currently serving his two-year term in the military, and so actor Ahn Jae Hyun will be taking his place in the next season of “New Journey to the West.” Lee Seung Gi is expected to be discharged from the army on October 31, 2017.