Tensions mount on the next episode of tvN’s “About Time”!

In newly released stills from the drama, Choi Michaela (played by Lee Sung Kyung) shares an unusual and uncomfortable meeting with her rivals for Lee Do Ha (played by Lee Sang Yoon)’s affections. The photos show the three women in Lee Do Ha’s life—Choi Michaela, Kim Joon Ah (played by Kim Kyu Ri), and Bae Soo Bong (Im Se Mi)—looking somber as they engage in a serious conversation.

The scene, which will air during the next episode of “About Time,” depicts a strange meeting of Lee Do Ha’s past, present, and future all gathered in one place. Bae Soo Bong, Lee Do Ha’s fiancée and hence his “future,” asks Lee Do Ha’s first love Kim Joon Ah—his “past”—and Choi Michaela—Lee Do Ha’s “present”—to meet her for an unspecified reason. She then makes a shocking announcement that catches the other two women off guard.

The producers of the drama remarked, “The three women’s tense conversation, in which none of them will be outdone by the other as they argue with facts and logic, is certain to be extremely intriguing. Please look forward to the exciting meeting of these three women.” 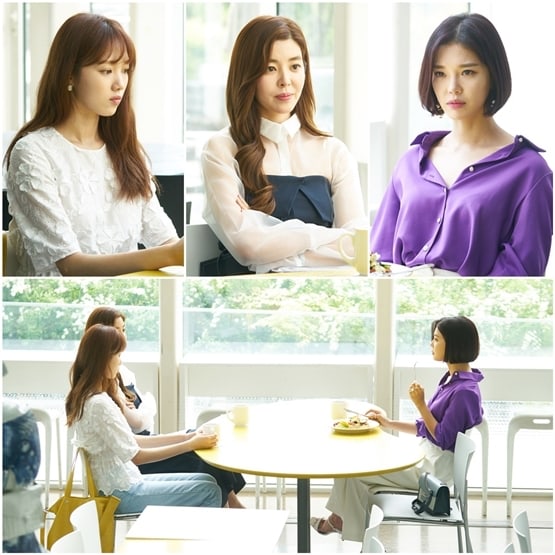 To find out what Bae Soo Bong’s startling revelation is—and what unfolds between the three romantic rivals—catch the next episode of “About Time” on June 18 at 9:30 p.m. KST!

If you haven’t already started watching the drama, you can check out the first episode below: