“About Time” is a fantasy romance drama that tells the love story between Choi Michaela (Lee Sung Kyung), a young woman who has the magical ability to see a person’s lifespan, and Lee Do Ha (Lee Sang Yoon), the only man who can pause the countdown to the end of her life.

In the released stills, Lee Sung Kyung is auditioning for the musical, “Moonlight Romance.” She is performing on stage to be evaluated by the judges while wearing a pink dress with the number 209 pinned to her side. She becomes passionately absorbed with her singing, and the viewer are curious what her results will be. 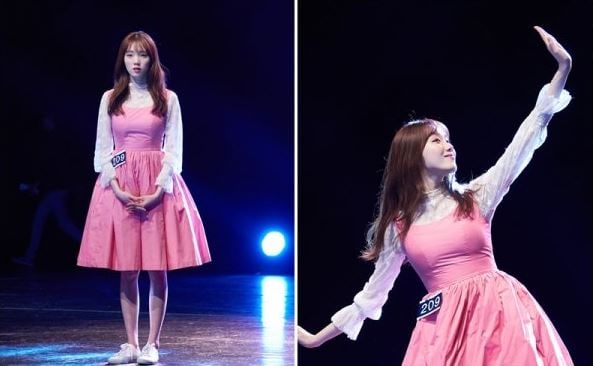 To prepare for this scene, the actress practiced her singing and moves as if she was really auditioning for a musical. The production crew praised her, saying, “Another great scene has been born. Lee Sung Kyung, who practiced to express her character as a musical actress before filming, showed more talent than we expected. This will be an interesting scene where the viewers will be able to witness a different musical ability of hers.”

Check out the latest teaser here!