“Liver or Die” is a comical and touching family drama about middle-aged Lee Poong Sang (played by Yoo Joon Sang) and his troublesome younger siblings, whom he adores.

Despite the recent turn of events in the drama (where Lee Poong Sang was diagnosed with liver cancer), the five actors look bright and cheerful behind the scenes as they pose for pictures together. In one photo, Yoo Joon Sang is smiling between Lee Chang Yeob and Choi Dae Chul. The production crew praised him for his acting as the devoted oldest son who is attempting to hide his ailment in order to protect his family.

In the next photo, Lee Si Young poses coyly with a finger on her cheek. She previously teared up the viewers in episode 16 when she confessed about the scar on her chest. Jeon Hye Bin also poses with Choi Sung Jae, and their warm smiles reflect the sweetness of the newlyweds they play in the drama. In the drama, the two actors seem like friends who understand each other’s situations rather than a loving couple. They are also good friends who show consideration of one another in real life.

Oh Ji Ho can also be seen sincerely immersed in his acting as the troublemaker of the family. In one photo, he is shoveling the soil with a mischievous smile on his face. In another picture, he is sitting at a table and staring seriously at something. The filming was conducted pleasantly under the lead of Yoo Joon Sang.

Next, Lee Chang Yeob shows a chic smile while holding up a V sign. As the youngest brother, he is like the son of Lee Poong Sang, and he brings pleasant laughter on set with his cute and bright charms. 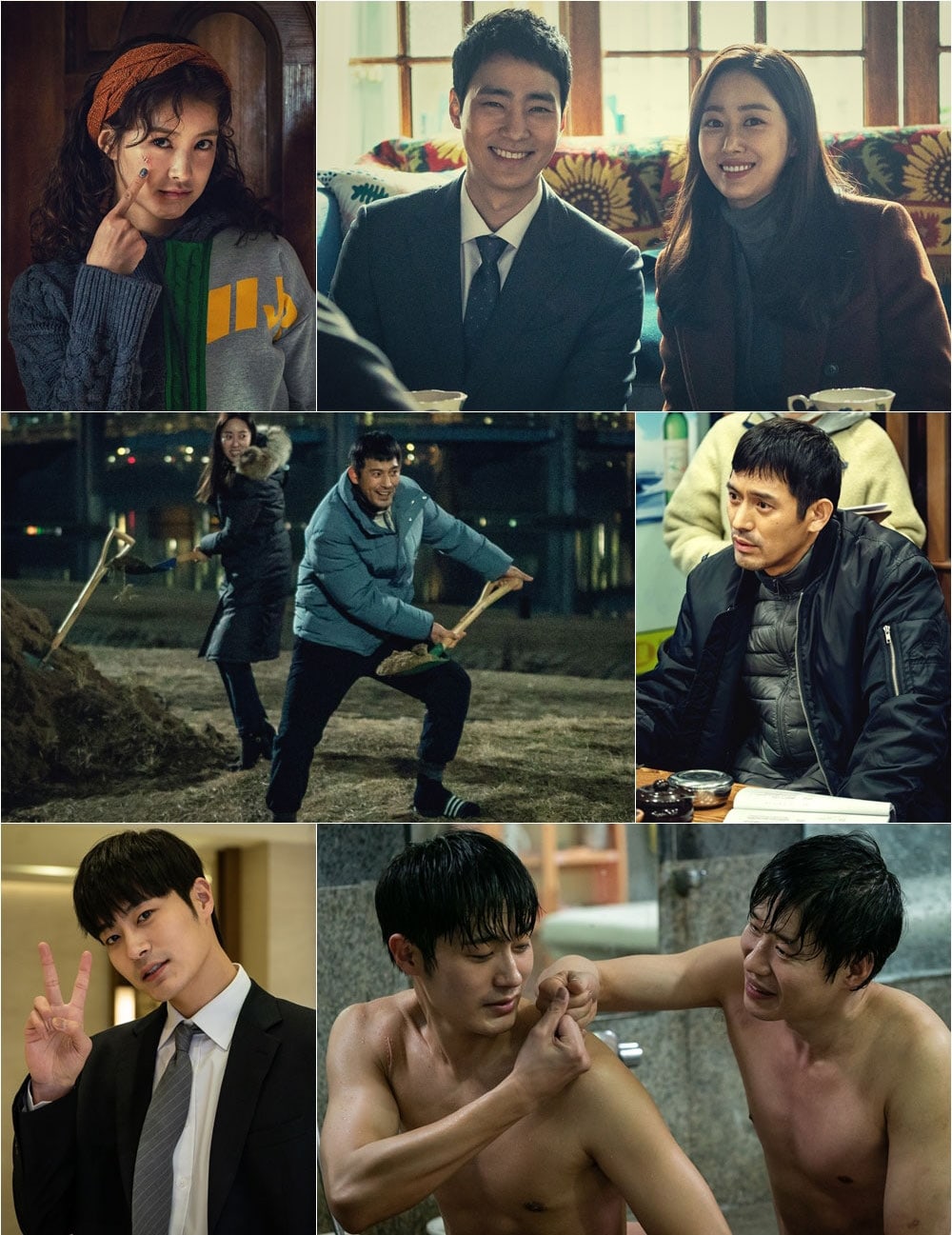 The production crew commented, “With the announcement of Poong Sang’s liver cancer, the five siblings are in an urgent crisis, but on set, they get along closely and happily more than anyone else. We would appreciate it if you pay attention to how the younger siblings will find out about his illness.”

“Liver or Die” airs every Wednesday and Thursday at 10 p.m. KST and is available on Viki!