On May 3, Gaon revealed chart results for the week from April 22 through April 28. 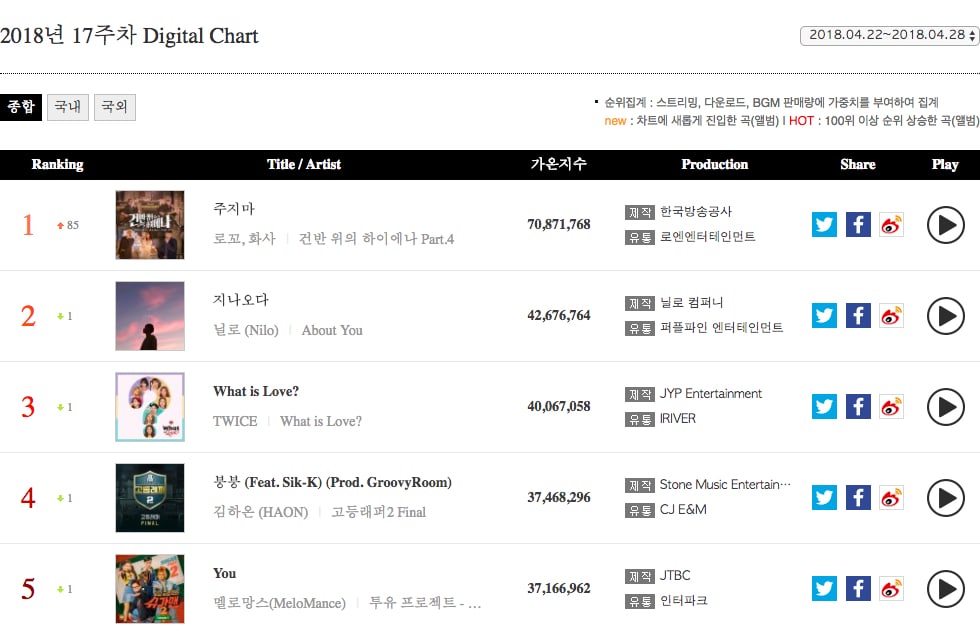 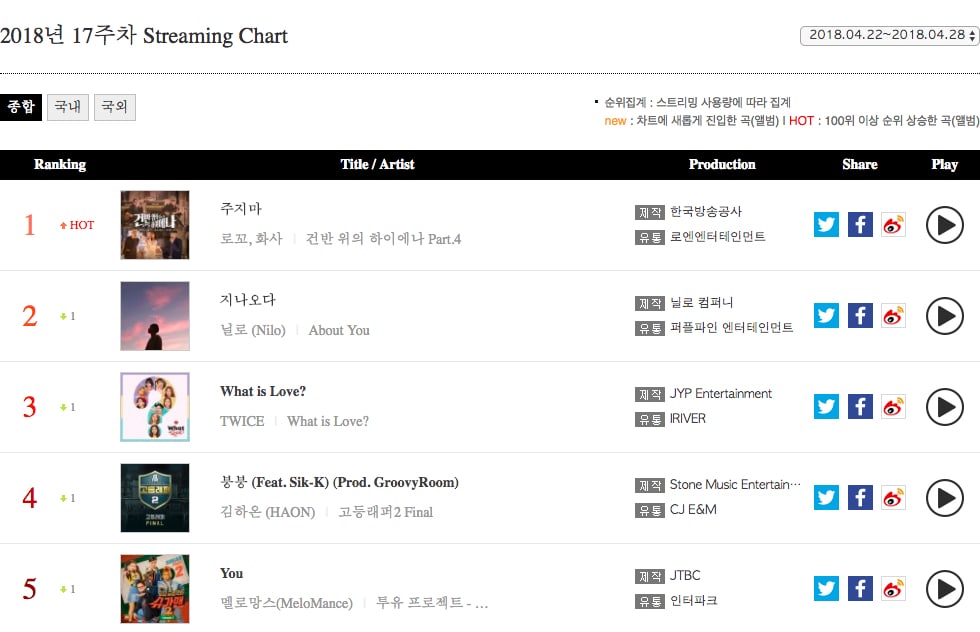 New releases made their entrance in the top five of the download chart. MeloMance’s “Just Friends” placed second, and Lovelyz’s “That Day” placed third. “What is Love?” and WINNER’s “Everyday” remain strong at fourth and fifth, respectively. 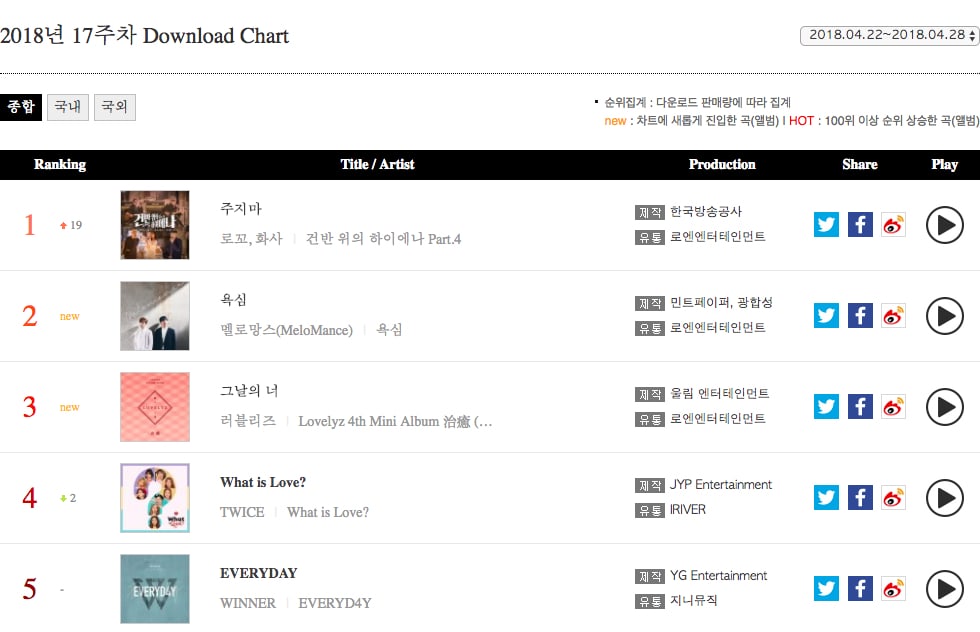 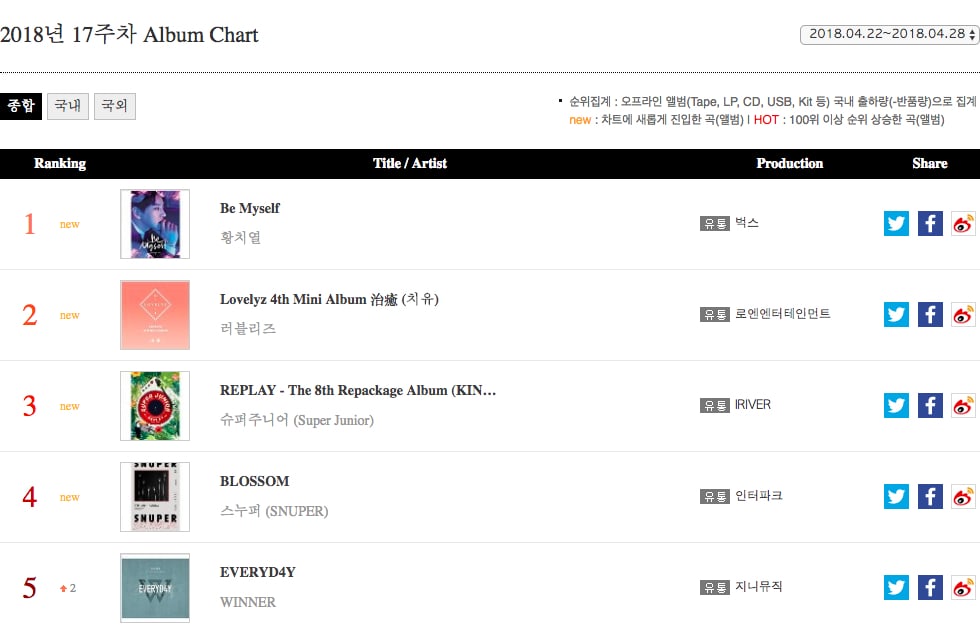 For the third consecutive week, “What is Love” remains on top of the social chart, which is a result of data from YouTube, Twitter, and YinYueTai. MOMOLAND’s “BBoom BBoom,” BTS’s “DNA,” and VIXX’s “Scentist” each rose to take the next three spots. EXO-CBX’s “Blooming Day” placed fifth. 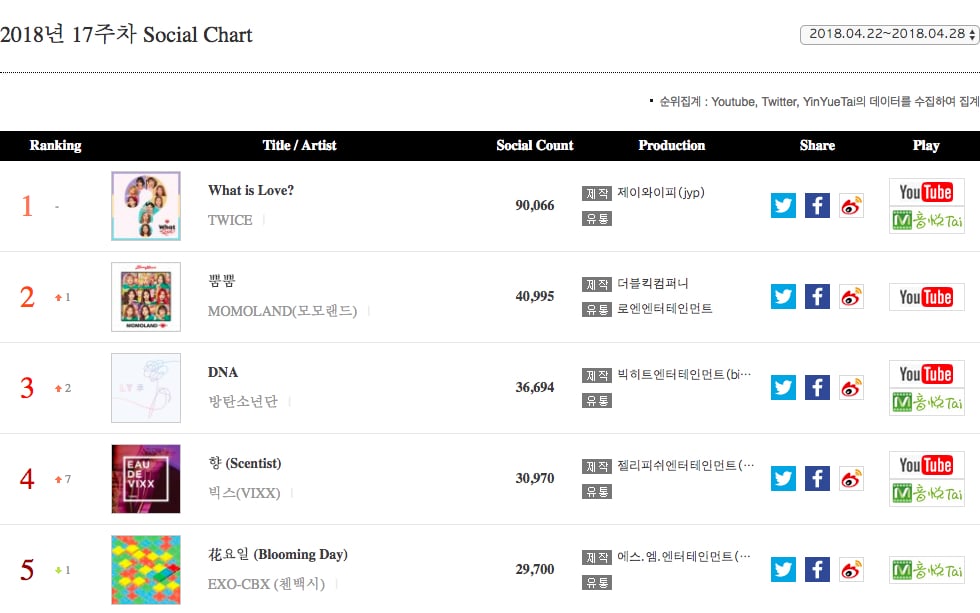