In a recent behind-the-scenes video released by The Swoon, the Love Alarm 2 cast took a break from acting and tried their hand at camera work! Stars Song Kang, Jung Ga Ram, and Kim So Hyun took fans behind-the-scenes with their personal vlogs from the final days of filming.

Song Kang revealed that his fans sent him a coffee truck. He showed off the pastel truck and expressed his gratefulness and love towards his fans. ???? 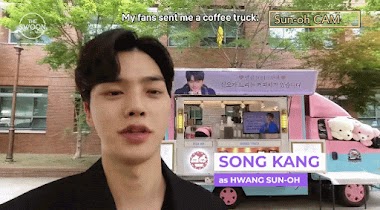 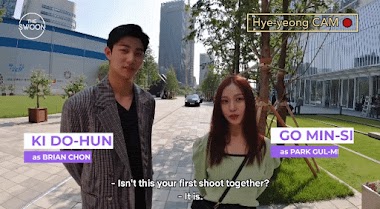 Jung Ga Ram and Song Kang were hanging out together on set whether they had to be there or not. They love Love Alarm so much that they wanted to see their costars film their solo scenes too! 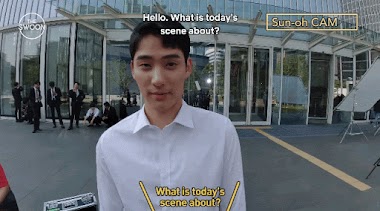 Jung Ga Ram attempted to draw a portrait of Kim So Hyun as Jo Jo… Emphasis on “attempted.” Kim So Hyun was not pleased with the results. ???? 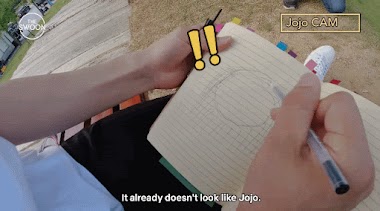 The actors reminisced on the first season of Love Alarm. ???? Having worked on Love Alarm for a couple of years now, there’s many happy memories. 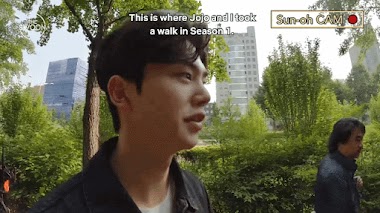 Jung Ga Ram took us on a mini-tour of the scenic Jeju Island. The water is beautiful! 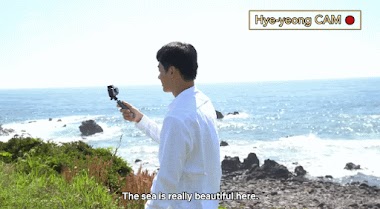 Song Kang and Yoon Na Moo, who plays Sun Oh’s manager, gave each other compliments ahead of filming their final scenes together. 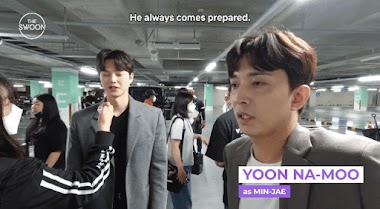 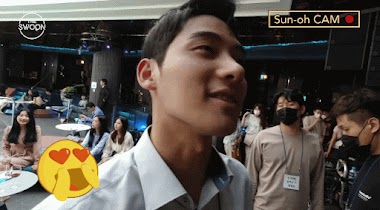