Lovelyz Sells Out Their First Concert Of 2018 In One Minute

Girl group Lovelyz has demonstrated their impressive popularity by selling out their upcoming concert.

Following ‘Lovelyz in Winter Wonderland,’ Lovelyz’s first solo concert since debut, and ‘LOVELYZ CONCERT Alwayz’ this past July, this will be the third concert Lovelyz has sold out, continuing their record of sold out concerts.

Lovelyz’s upcoming concert is a continuation of their first solo concert ‘Lovelyz in Winter Wonderland’ from last January, and will be held from February 2 to 4 at the Blue Square Eye Market Hall in Seoul. 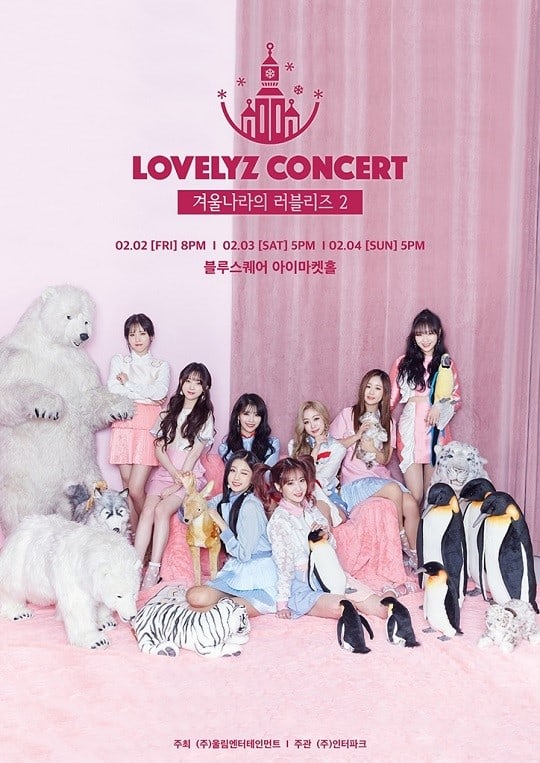 ‘Lovelyz in Winter Wonderland 2’ is said to be even more fancy and packed than before, and will feature live performances of the group’s most recent title track “Twinkle,” and other popular songs such as “Ah-Choo,” “Destiny,” and “For You.” In addition, the concert will include special stages by the members that haven’t been shown on broadcast.

Woolim Entertainment shared, “We thank those who showed great interest in Lovelyz’s first concert of 2018, ‘Lovelyz in Winter Wonderland 2.’ [Lovelyz] will put on a great concert to return the fans’ support. Lovelyz is planning on returning to fans with good music and performances in the new year, so please continue to show them love.”

Lovelyz has been busy at the end of the year with various broadcast performances and concerts.