Girl group Lovelyz held their comeback showcase for their new album “A New Trilogy” on April 25 at 7 p.m. KST. The showcase was also broadcast through the Naver V app.

The new album was produced by Yoon Sang’s producing team One Piece and combines Lovelyz’s signature sound with a more mature atmosphere. 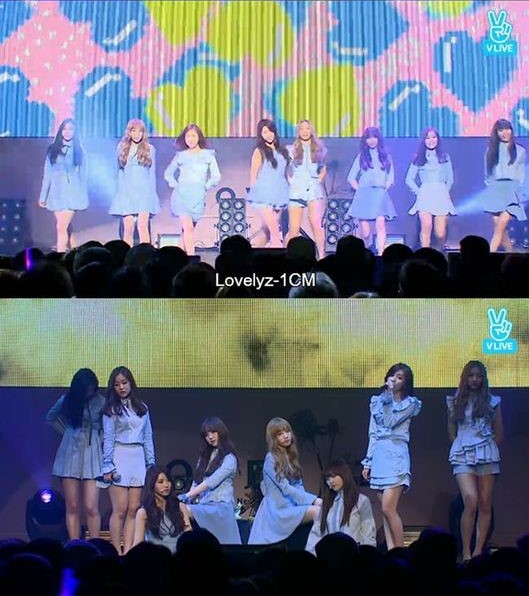 “We prepared this stage for our fans for four months,” Lovelyz said during the showcase. “We kept in touch with our fans through the reality show ‘Lovelyz in Wonderland’ and we steadily kept recording and practicing choreography.”

“‘Candy Jelly Love,’ ‘Hi~,’ and ‘Ah-Choo’ had a ‘young girl’ concept,” they continued. “‘A New Trilogy’ represents a more mature concept for us.”

“Until now, we only did refreshing songs, so we were worried that the public might not like a more mature look and sound from us. We thought about it a lot.”

The girls also promised that if they win first place, they would hold a free hug event. “We will work hard with a joyful heart, so we hope that our fans will stay with us forever,” they concluded. “We’ll work hard to show a good side of ourselves, so please support us.”