MADTOWN’s H.O Compares What It’s Like Backstage At Music Shows And Shares Why He Loves One In Particular

MADTOWN’s H.O shared some more insights into the life of an idol in a recent video!

H.O has been hosting his own broadcasts on AfreecaTV lately, and he previously gave a rundown about what it’s like to be an idol promoting on music shows.

In a more recent video, he went into further detail about how the daily music shows are set up backstage. MADTOWN promoted together from 2014 to 2016, and he clarified that things may have changed by now, but that he was explaining what it was like when they last promoted.

He began with “Simply K-pop,” which he explained films on Monday and gave the groups separate rooms.

“The Show” records on Tuesday, and he said that there weren’t many waiting rooms there. Other spaces were used instead, with groups sharing. “Not groups of different genders,” he said. “Male groups share for example, with two groups in each.” 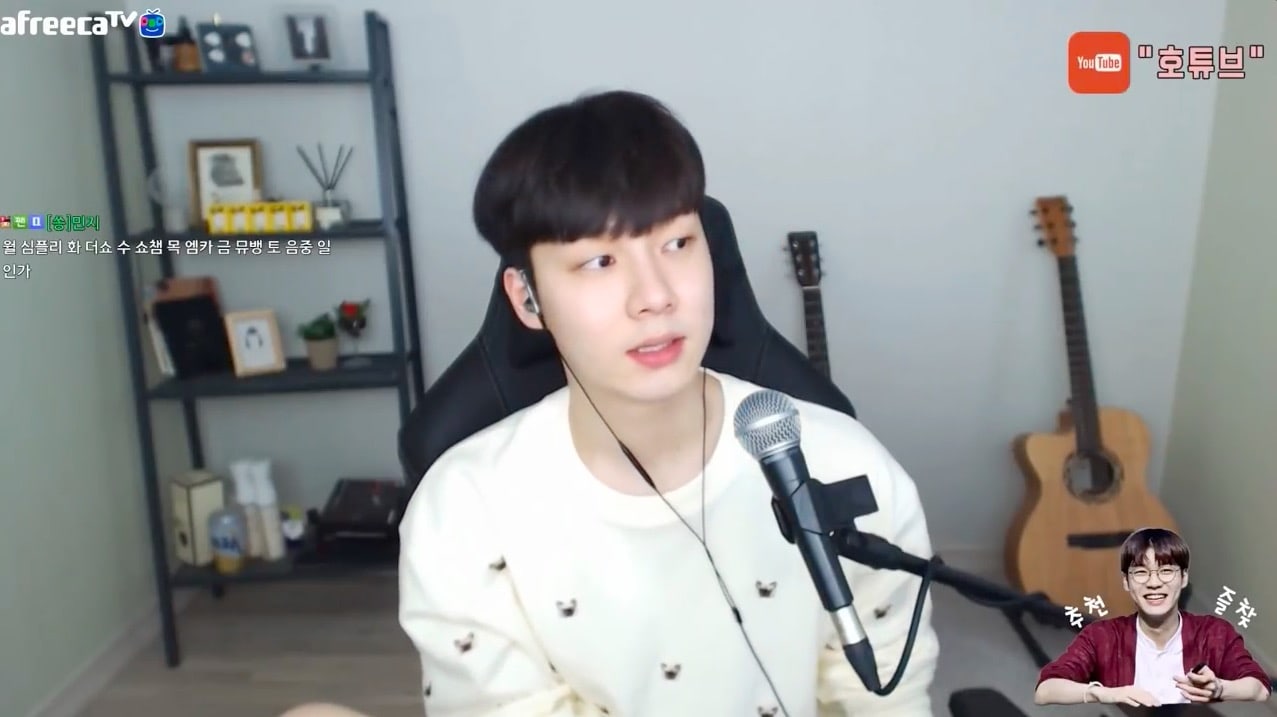 He recalled that waiting rooms were also shared between two groups at “Show Champion,” the music show that records on Wednesdays.

About Thursday’s music show “M!Countdown,” H.O said that artists who are more senior and recognized used individual waiting rooms that were located in the basement. Rookie idols were in a large auditorium-like room that was separated into spaces using dividers for all the artists, and H.O said that about eight or nine male and female groups shared the divided space.

After going into detail about Friday’s show “Music Bank” in his previous video, H.O talked about “Music Core” next in this broadcast.

“Everyone, ‘Music Core‘ is love,” he joked. “When you walk into the waiting room at ‘Music Core,’ there’s a bed.” He then took a dramatic pause as he clapped in appreciation. 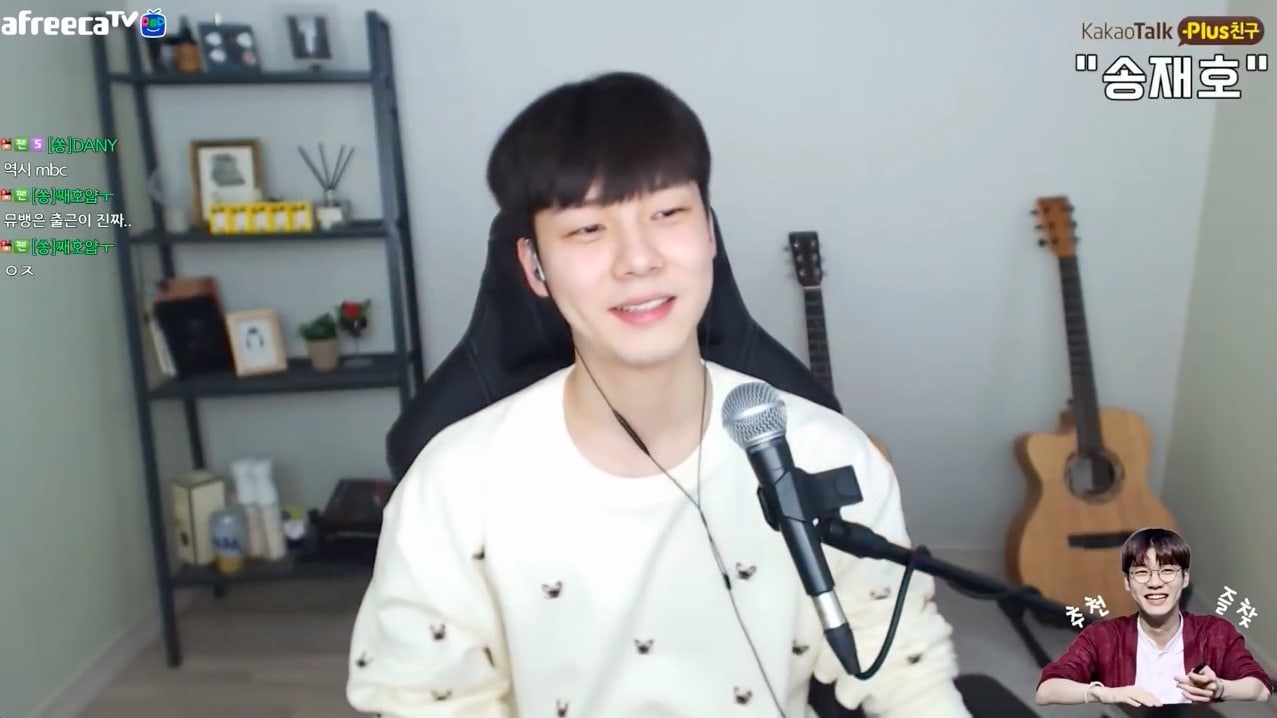 “First off, there’s separate waiting rooms,” he continued. “And there’s a bed. And a sofa.” He jokingly pretended to get choked up as he added that the best thing about the show is that unlike on other music shows, idols don’t have to stay behind to formally greet each other and the crew. “When the show ends, you get to go home,” he said, again acting like he was getting too emotional about it.

He then moved on to “Inkigayo,” where he said MADTOWN had always ended up either in waiting rooms on the first floor or on the top floor, which was five stories up. He added, “There’s something else that’s good at ‘Inkigayo.’ The sandwiches at the cafeteria.” He went on to describe how the sandwiches at the music show are legendary among idols. “They’re seriously delicious,” he said. 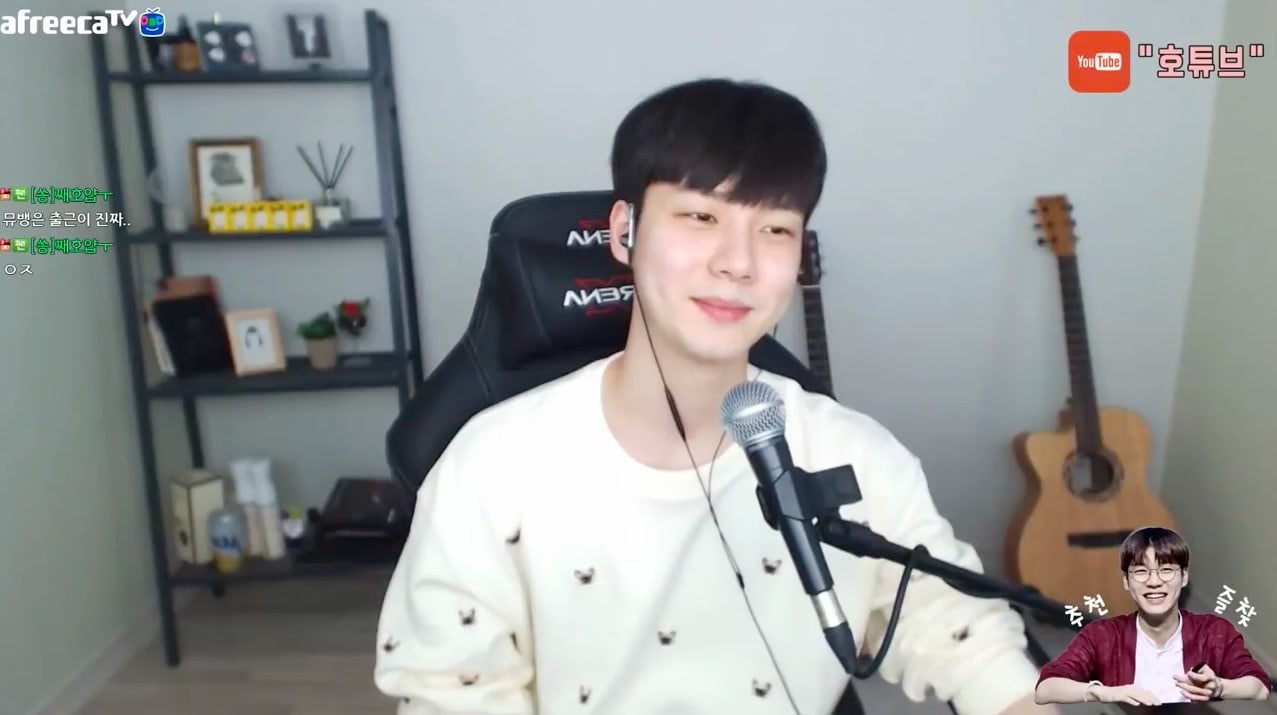 In addition to talking about the life of idols, H.O also recently described his past experience as a trainee at JYP Entertainment.