The identity of Burst has been revealed to be the main rapper of a boy group known for their amazing concepts every comeback!

The episode of MBC’s “The King of Mask Singer” that aired on October 28 followed the contestants as they battled it out to see if they could be crowned the next king. The first round featured a performance by Burst and BubbleBubble of Zion.T’s “No Make Up,” with each contestant showcasing their vocal talent to the delight of the audience and celebrity panel.

It was an extremely tight competition, evidenced by the fact that Burst lost by a single vote of 49 to 50, meaning that BubbleBubble moved on to the next round. Burst performed Busker Busker’s “It’s Hard to Face you” and took off his mask to reveal that it was none other than VIXX’s Ravi. 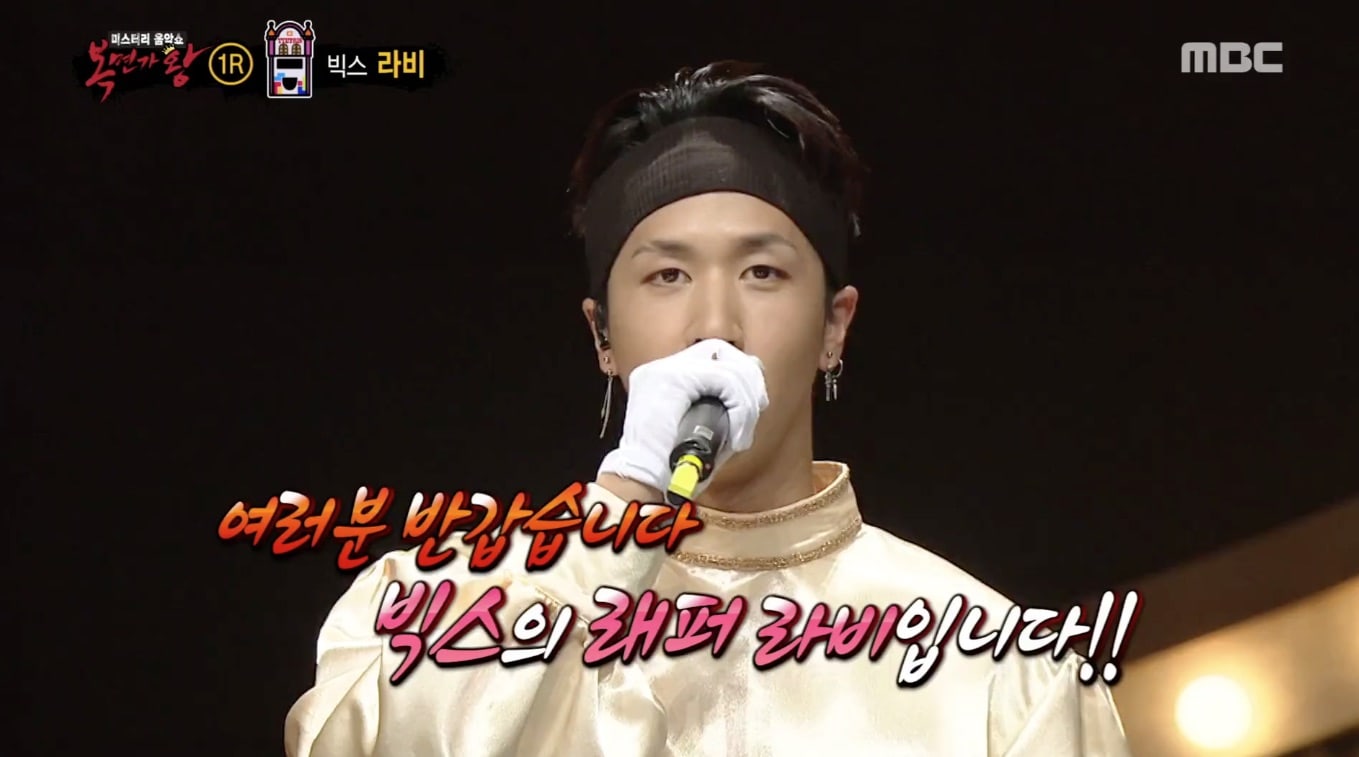 Ravi has appeared on the show before, but as a panelist and he revealed that it was after that appearance that he expressed a desire to return to the show as a contestant. He explained, “Our agency initially suggested I perform here, but I declined. But after being on the panel, I began to think that this stage can be an opportunity to take on a new challenge, so I ended up agreeing.”

Ravi concluded by stating, “Even the other members aren’t used to hearing me sing. I think they’ll be surprised to see me here. I promise to continue to create good music and greet everyone with something new every time.”

After the show, VIXX’s official Twitter account shared photos from his appearance and wrote, “Here are photos from Ravi’s appearance as Burst on ‘The King of Mask Singer,’ which probably surprised Starlights [official fanclub name]. Ravi put on a great performance today.”

Watch his performances and reveal below!