The latest episode of MBC’s “King of Masked Singer” revealed the identity of Motorcycle to be a member of an idol group who has become extremely popular amongst younger audiences with one of their releases.

The September 9 episode followed contestants as they battled it out to go against the current king and break her streak. The second round featured a battle between Mountain Bike and Siren. Motorcyle performed a sweet and fresh rendition of Sung Si Kyung’s “We Make a Good Pair” while Siren performed Han Young Ae’s “Lucille,” wowing everyone with her emotional expressions.

In the end, Siren took a win of 82 votes to move on to the next round, and she said, “I will work hard till the end and show a great side of myself.” Motorcycle was asked to remove his mask, and everyone was surprised to see none other than iKON’s Jinhwan.

After introducing himself, Jinhwan talked about the fact that he was the third iKON member to appear on the show following Bobby and Junhoe. He said, “Junhoe told me that standing on this stage would be very lonely, and he cried. But I had fun. Covering my face actually gave me a lot of confidence.” 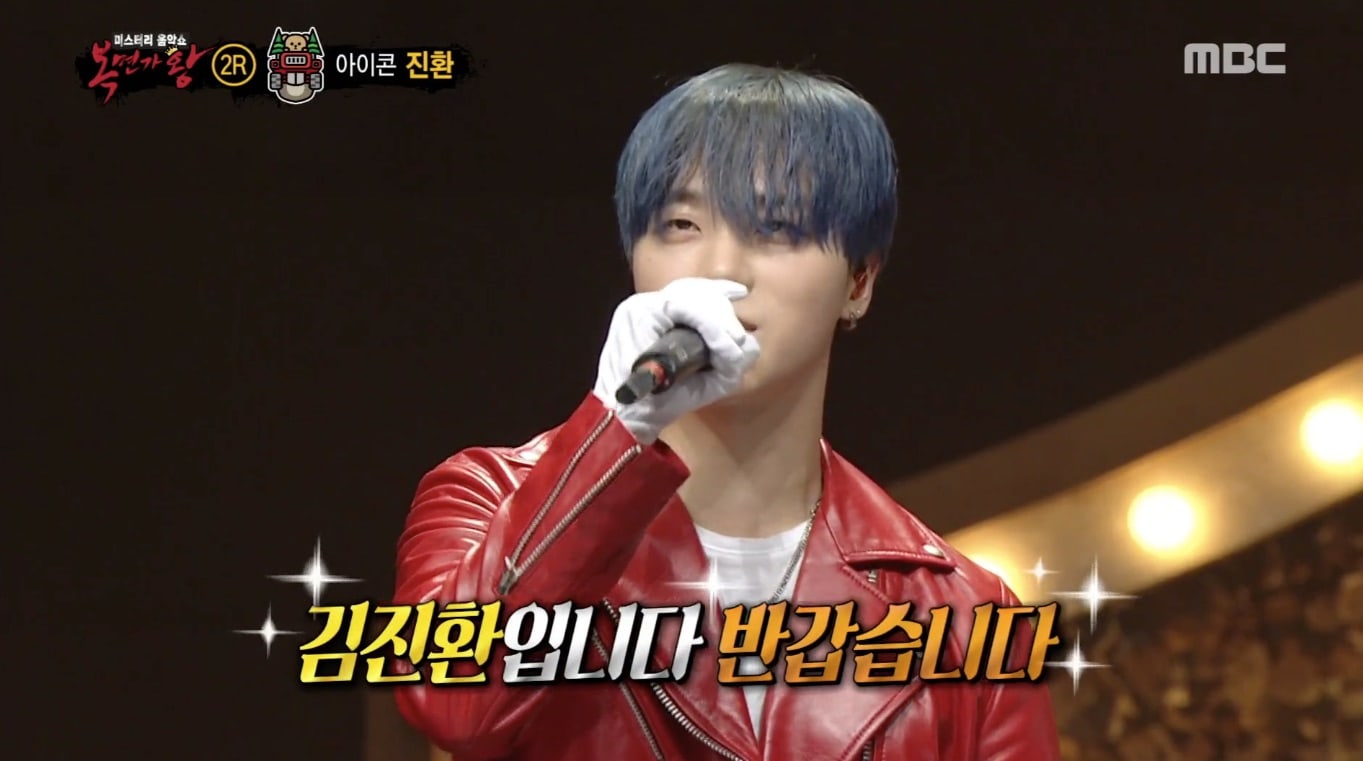 Jinhwan also talked about a recent event where iKON sang “Love Scenario” with kindergartners and elementary school students in a sing-along event. The song’s mass appeal had even reached young children, with the song even being called a “banned song” in elementary schools because students would sing it non-stop. Jinhwan said, “We wanted to hold the event because we wanted to repay the kids for their love for the song. We got to sing ‘Love Scenario’ with them. I’m so happy these days.”

He also shared his future aspirations as he said, “Something I really hope to achieve starting from today, is that I hope iKON continues to do well, and I’d like to release a solo album and become more approachable as a solo performer as well.” He added, “To be honest, I was worried because I’m not used to standing on stage by myself without the other members, but I felt a sense of catharsis when I took off that mask and everyone welcomed me warmly.”

Check out Jinhwan’s performances and reveal below!