MAMAMOO‘s Hwasa and Wheein are vocal about their longtime friendship, stemming from middle school where they were classmates. 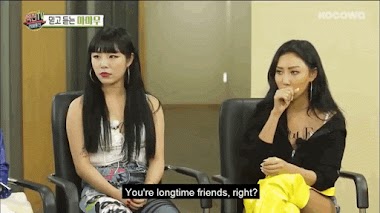 They say they are so close that they can communicate by looking at each other and immediately understand what the other is thinking. 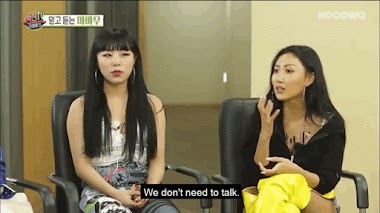 Hwasa took one look at Wheein and knew she was thinking about how tired she was, to which Wheein said she was correct. 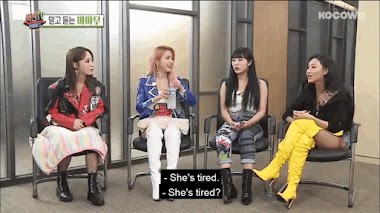 They further tested their friendship by counting to three and picking from one of two choices. They both chose Coke over Sprite… 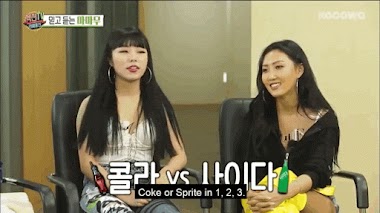 …Despite Hwasa preferring Sprite! The fact that they knew to both pick Wheein’s preference is unbelievable. 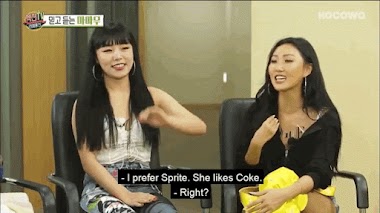 Next, they both pick jjamppong over jjajangmyeon. 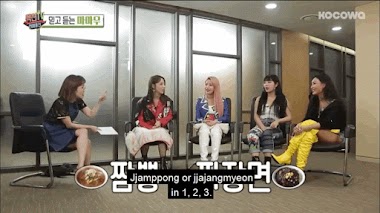 Suddenly, a curveball is thrown when they’re asked to pick between the other members of MAMAMOO, Moonbyul and Solar. 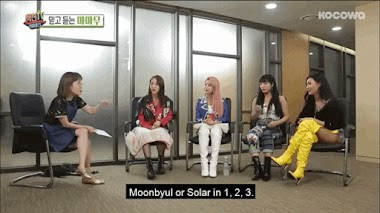 They look into each other’s eyes and count off… 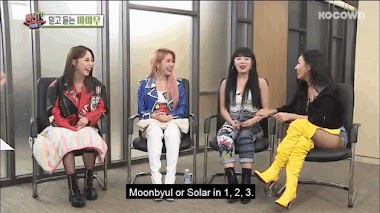 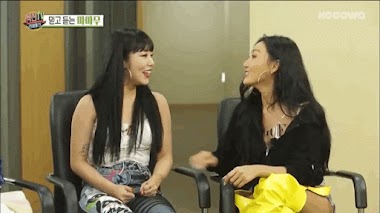 Hwasa said “Solar” while Wheein hesitated to say anything. Hwasa wanted Wheein to say “Moonbyul” and keep it even, while Wheein wanted to say nothing! At least they’re both trying to be fair to their fellow members.