On December 20, a Korean dog shelter announced that a severely mistreated dog has been adopted by none other than MAMAMOO‘s Moonbyul.

The 4-year-old dog, originally named Harang, was apparently infected with heartworms when found and was notably abused and dirty. After Harang was cured and groomed, the shelter revealed that it couldn’t find a home for a long time due to its health needs and age (many people prefer puppies). However, Moonbyul swooped in.

This might be the first family that this dog might have. This dog’s life will truly change. When we first talked to the person requesting to adopt Harang, we didn’t know it was Moonbyul from MAMAMOO and just thought she had such a good personality. I hope you can take care of Harang well, and thank you for welcoming him into your family.

Moonbyul has already been posting stories about the dog on her Instagram and seems to have renamed Harang to “Janggu”. Just today she posted a couple of pictures playing with Janggu’s name.

This one is Janggu’s name with an extra “g” which becomes an abbreviated version of “silly goose”. 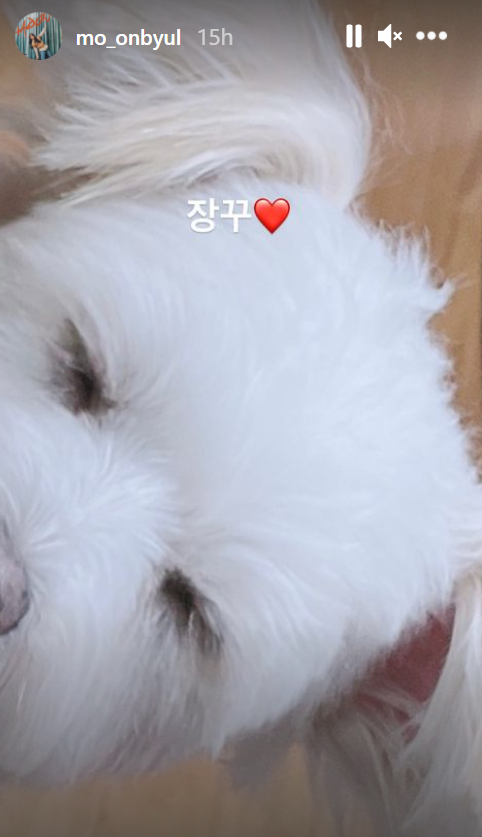 This one is an idiom that includes the dog’s name that means “to be on a roll”. So the picture says something like, “Let’s keep rolling, Janggu-ya.” 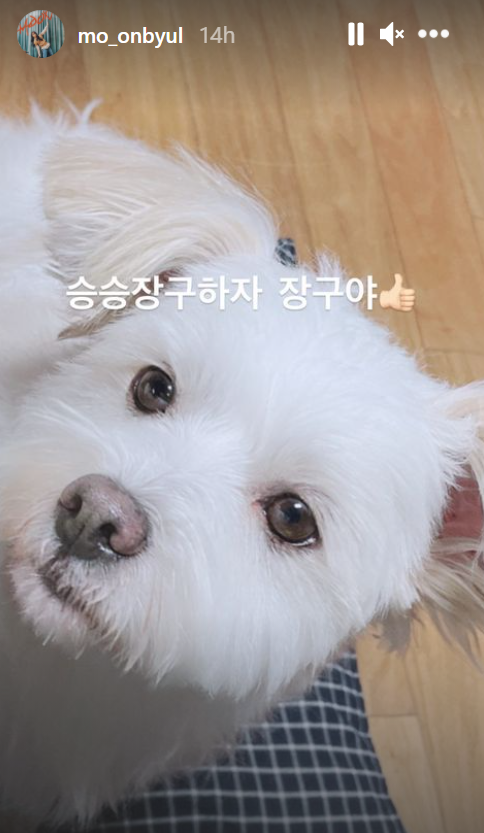 Moonbyul is no stranger to dogs as she already has three Corgis named Daebak, Haengwoon, and Kunkang. Fans can’t wait to see more of Janggu and are pleased to see Moonbyul’s selfless actions.

Moonbyul is really selfless. She loves her family so much, takes good care of her members & friends, never fails to express how much she loves us. And now, changed an abandoned dog’s life & gave it a loving home. The list goes on&on— to the point that this tweet isn’t enough. ???? pic.twitter.com/MYSHHZf1mi

Moonbyul, Chorong and Bomi's big heart makes these dogs feel warm in these cold and depressing environment ???????? they are indeed, angels ???????? pic.twitter.com/DFWnXYvsNx

We hope Janggu is happy and well!