MAMAMOO‘s Wheein recently had her solo debut with the mini-album Redd!

In a report by The Korea Herald, Wheein opened up about her debut, explaining that she wanted to focus more on singing and expressing her true self.

I’ve been more serene and sentimental before, but this time I wanted to express my own colors, dazzling and diverse.

She then talked about some of the tracks off the album and explained their significance. The title track, “Water Color,” is a song about herself, as stated by the singer. She considers the lyric “I look good in everything” to be the highlight of the song! 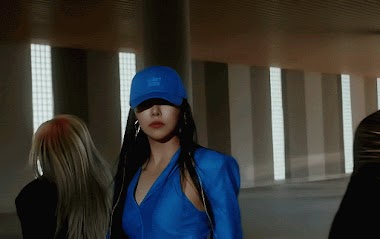 She also admitted something that fans may not know about: “I’ve really wanted to write a song about my pet cat and one for my fans, and am happy that both songs are included in this [mini-album].”

The songs “오후 (OHOO)” and “봄이 너에게 (Spring Time),” both in which she took part of the songwriting, were about her cat and her fans respectively.

Knowing more about the songs and the message behind them definitely makes the album that much sweeter to listen to!

You can watch the music video for “Water Color” below.