MAMAMOO’s Hwasa On Her Latest Food Obsession, Reminisces About Wheein Saving Her From Wardrobe Malfunction

MAMAMOO’s Hwasa was a special MC on the November 29 episode of KBS2’s “Happy Together 4,” and shared her latest food obsession.

After sparking a nationwide craving for gopchang (small intestine) with her appearance on “I Live Alone,” Hwasa has become a foodie icon. 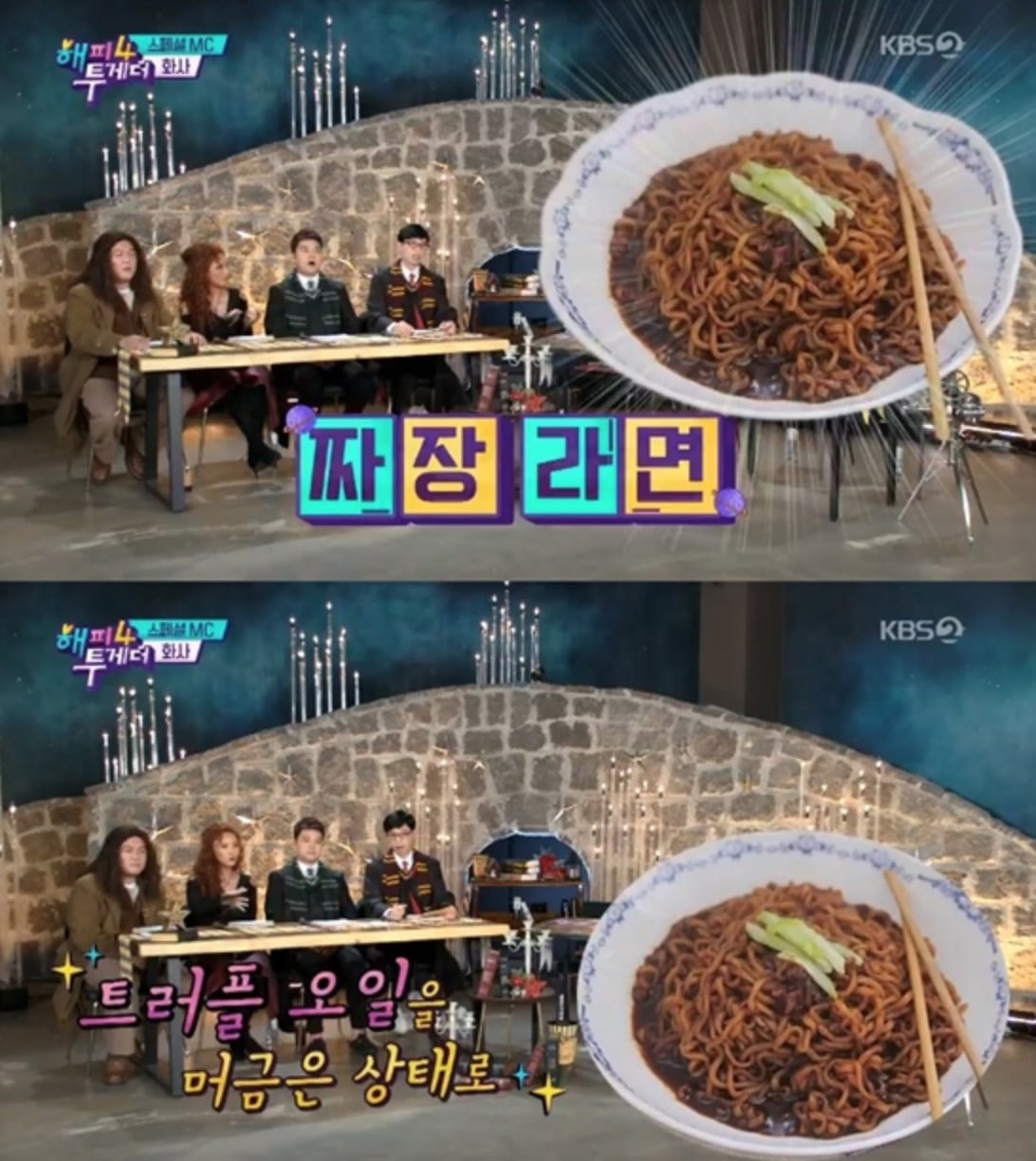 So far, Hwasa has landed a variety of food commercials. In the future, she said, she wants to do a commercial for perfume. “I really like perfume, and I have so much at home.”

The MAMAMOO member also talked about a wardrobe malfunction that Wheein saved her from during a performance of “Mr. Ambiguous” in 2015.

She said, “I like halter tops. I wear them often because they emphasize and make your shoulders pretty, but during one performance, it came undone.”

She continued, saying that she performed while holding on to it. “I didn’t know at first. It was a stiff fabric, so it didn’t fall right away. But as we were dancing, it kept coming down. I wondered why it was so loose, and when I looked, it was moments away from revealing my chest.”

Wheein, who noticed that her top was falling, smoothly fixed it for her mid-choreography when the group gets into a straight line. Hwasa said, “I’m so lucky that it didn’t fall.”