SBS’s “Master in the House” and KBS’s “2 Days & 1 Night” have topped viewership ratings for their time slots!

During this episode of “Master in the House,” Lee Seung Gi, Lee Sang Yoon, BTOB’s Yook Sung Jae, Yang Se Hyung, and their master Cha In Pyo visited Lee Seung Gi’s grandmother. She couldn’t hide her happiness at their surprise visit. The show revealed that Lee Seung Gi hadn’t visited her in four years, and he relayed his apology as he hugged her and told her he loved her. When he had to return to Seoul, she said, “It’s sad when we have to say goodbye. I guess this is life,” creating a teary moment for the viewers. 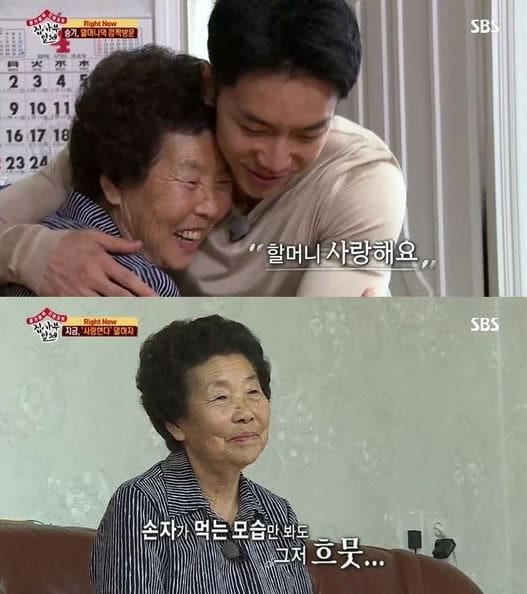 The last team to perform for this day was Kim Young Chul’s team, and trot singer Hong Jin Young came to help him out. Kim Joon Ho, Defconn, and Kim Jong Min’s mission was to help Hong Jin Young set up the stage. The three members of “2 Days & 1 Night” couldn’t help but be surprised by Hong Jin Young’s energy as she performed her hit songs “Love Battery,” “Thumbs Up,” and “Good Bye.”

Kim Joon Ho, Defconn, and Kim Jong Min also performed “Ring Ring” with her as the encore song, pumping up the audience with joy and excitement. 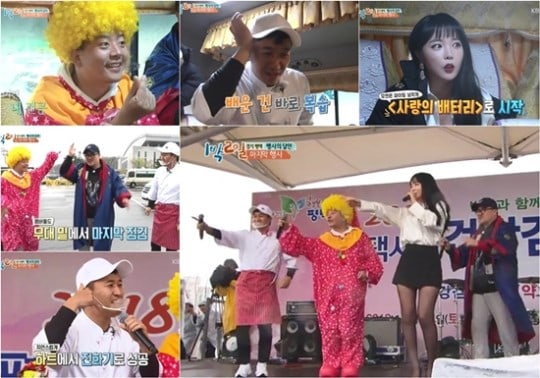 Catch the latest episode of “Master in the House” below: