“Bad Papa” is a new Monday-Tuesday drama that will star Jang Hyuk as Yoo Ji Chul, a man who becomes a bad person in order to be a good father to his children. A former boxing champion and national hero, Yoo Ji Chul ends up losing his family, fame, and fortune in a single morning after suffering a disgraceful defeat.

Meanwhile, after being forced to give up her dream of becoming a ballerina, his daughter Yoo Young Sun (played by Shin Eun Soo) ends up becoming wary and distrustful of the world around her.

The newly released posters heartbreakingly depict the two characters chasing their dreams underwater—a floundering Yoo Ji Chul throws a fierce punch but is seemingly unable to reach the cash floating around him, while the determined Yoo Young Sun strikes a graceful ballet pose even as she sinks to the bottom. 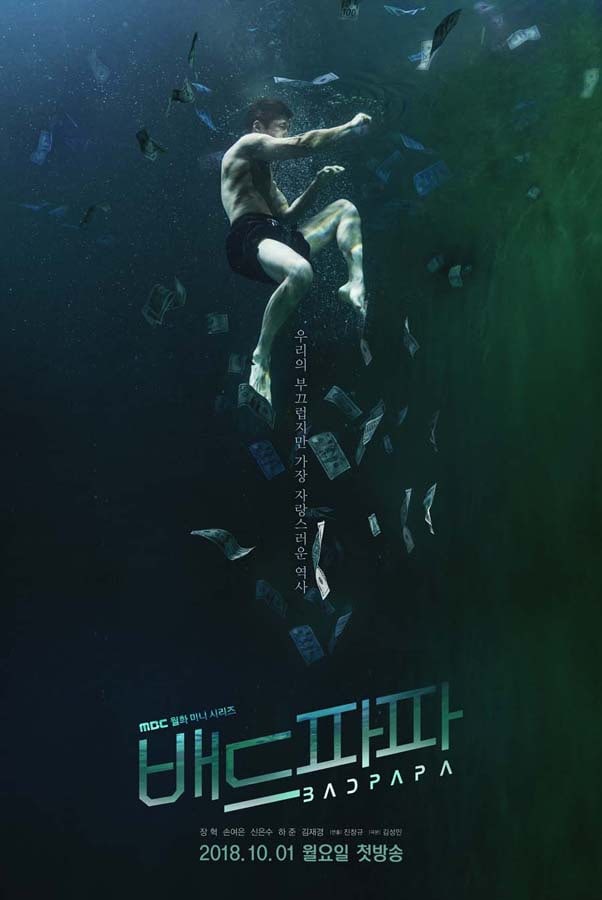 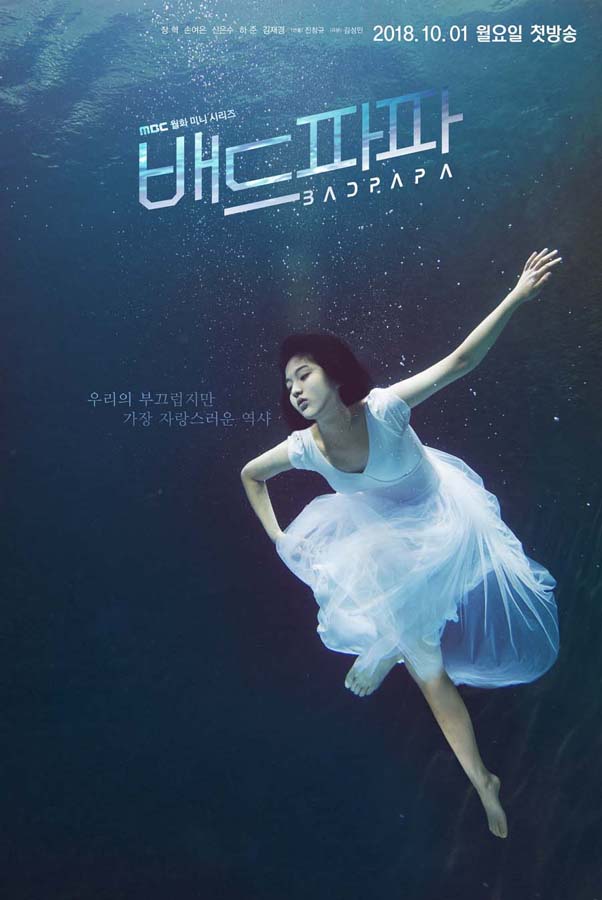 According to the production staff, the posters were shot on August 6 in a pool of water 7 meters (approximately 23 feet) deep. In order to prevent them from rising to the top, the actors wore ankle weights and relied on oxygen tanks throughout the four-hour shoot.

Both Jang Hyuk and Shin Eun Soo impressed the staff with their composure and fearlessness, showing remarkable passion as they struck the difficult poses necessary to express boxing and ballet respectively.

The producers remarked, “‘Bad Papa’ has a densely-packed mix of action, fantasy, and the joys and sorrows experienced by the head of a household living in 2018.”

They added, “The drama will tell the stories of not only the head of the household, but also of his wife and the dreams of his children. We hope that you show a lot of interest in this story about our dreams, which will switch back and forth between reality, fantasy, and action.”

“Bad Papa” will premiere on October 1 at 10 p.m. KST. Check out the latest teaser for the drama here!