DRIPPIN’s lineup was finally completed this week after 15-year-old Alex was revealed to the world through his “Allegory of ‘DRIPPIN’” teaser. In the video, he shows off his unique and handsome visuals, but his position in the group is not yet known.

Full name Alexander Vincent Schmidt, this half-Korean half-German teen will be the group’s maknae and only foreign member. In fact, he’s also the first non-Korean male idol to debut in a Woollim Entertainment group at all.

While six of DRIPPIN’s seven members previously appeared on Produce X 101 (including Junho, who debuted in X1), Alex remained a “hidden” trainee until his reveal on September 11.

According to an interview with Alex’s family published several years ago, he was born to a German father (Haiko) and Korean mother (Sophia) in Mainz, Germany. His mother immigrated to Germany before he was born, but the family moved back to Korea when Alex was 4 years old.

Thanks to his upbringing, Alex (whose Korean name is reportedly Lee Hayoung) is natively fluent in both German and Korean. But, on top of that, the young language genius also speaks English and French.

Woollim Entertainment hasn’t revealed much about Alex yet, but early fans of DRIPPIN did their digging and found out that he actually already has a little fame under his belt. When he was 10 years old (international age), he appeared on SBS‘s Golbal Junior Show.

He later starred on SBS’s Ggurugi Life Inquiry, too.

And as if that wasn’t enough, he was a child model for several years, starring in numerous fashion campaigns. 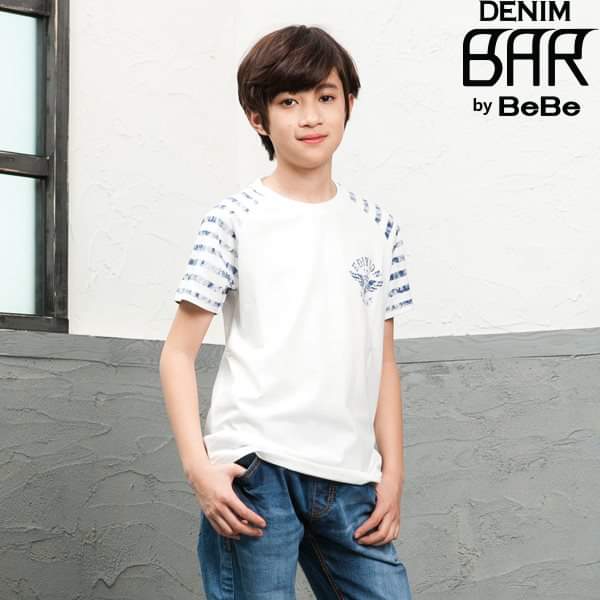 While idols of European nationalities aren’t common in K-Pop, Alex isn’t the first to hail from Germany. WayV‘s YangYang is considered German-Taiwanese, moving to Germany after he was born. WIP Company‘s LUMINOUS also has a German member—Jayden.

Alex is, however, the first idol who is half-German by blood. TXT‘s Huening Kai is rumored to have a German ancestor on his dad’s side, but his father considers himself American.