NCT 127 is a group of 10 incredibly talented artists that also share great chemistry together as a group! Together, they’ve contributed some amazing bops to the K-Pop genre, and continue to impress fans with their visuals and talents!

Here is how each member of NCT 127 was discovered and signed to SM Entertainment! 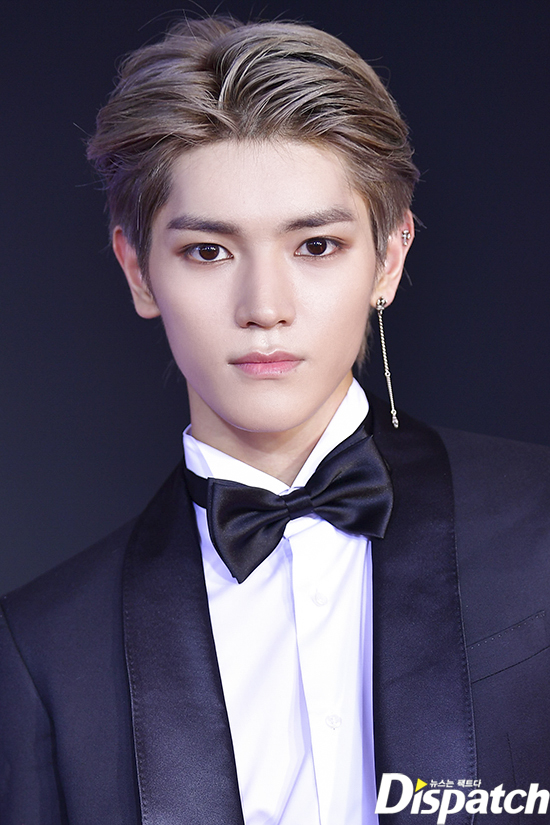 His journey as a K-Pop idol trainee began in 2012, when he was street-cast for his amazing visuals! When the casting manager approached him and explained that they were from one of the “Big 3” companies, Taeyong adorably thought they meant KBS, SBS, and MBC!

He finally accepted their calling card after the manager bought him toast, and passed his audition to join SM Entertainment! While still a trainee, Taeyong was added to the agency’s pre-debut group SM Rookies, and also gained a fanbase from there!

Finally, after around 4 years of training, Taeyong debuted with NCT U in 2016!

He then debuted with the second NCT unit, NCT 127 a few months later, releasing their first song, “Fire Truck” in July 2016!

Taeil is the oldest member and main vocalist of the group! 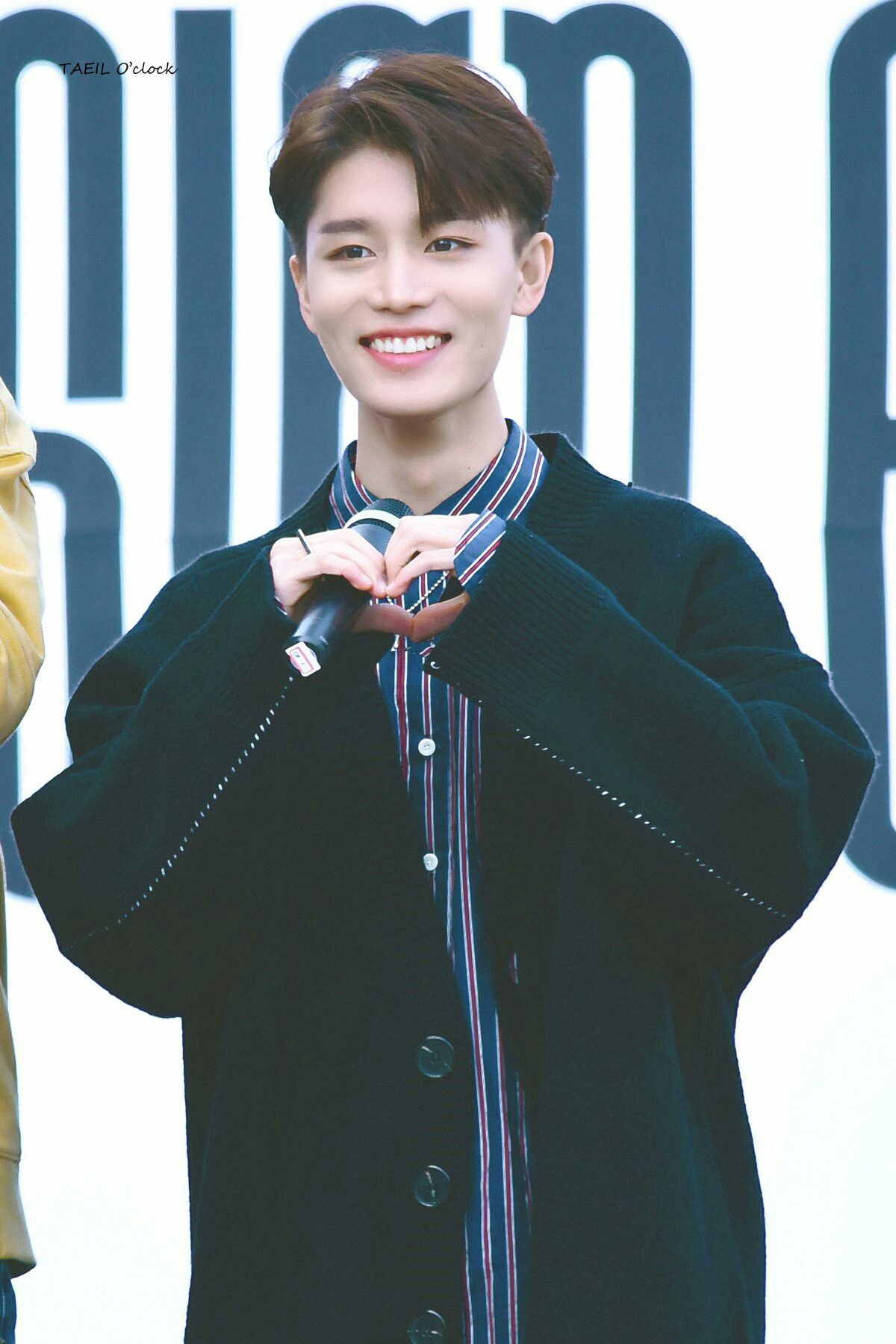 Taeil was in university when he auditioned for SM Entertainment, being cast as a trainee in 2013. He was officially introduced as a part of the SM Rookies team in 2013, and gained attention for his powerful vocals and cute visuals!

After 3 years of training, Taeil debuted as a part of the vocal line of NCT U, where he made his debut with the song “Without You” in 2016.

He later officially debuted as the main vocalist of NCT 127, and the rest, as they say, is history!

Johnny is the group’s lead dancer, vocalist, and rapper! 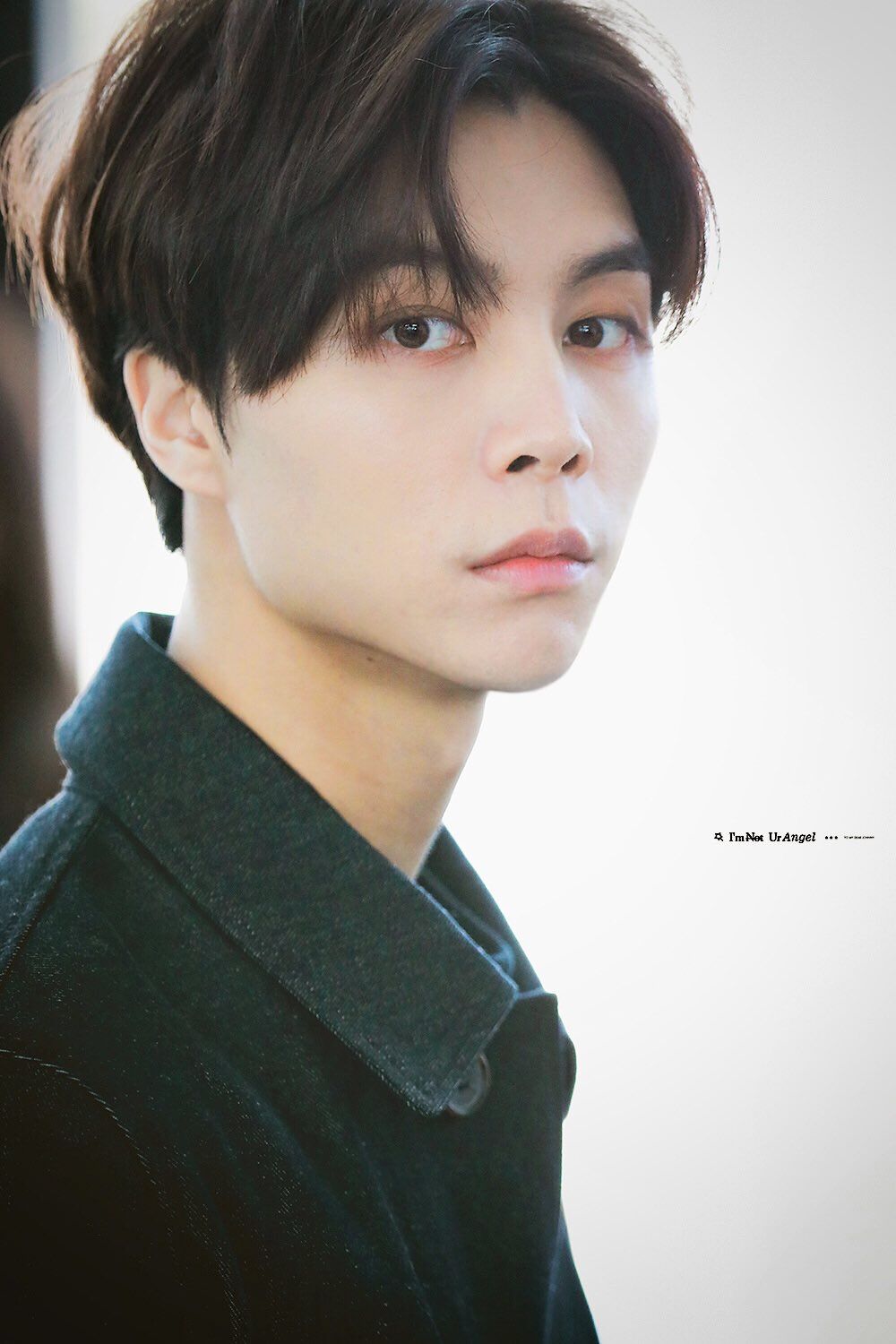 Joining SM Entertainment in 2008, Johnny has the longest trainee period in NCT! A Chicago native, he passed the SM Global Audition in his home city in 2007, and began spending his summers as a trainee in Korea.

Johnny is well-known to have trained with the EXO members until their debut, and was even considered to be a potential trainee for the final lineup! He ultimately didn’t make the cut, and kept at it as a trainee under the agency, when in 2013 he was introduced to the public as an official SM Rookies member.

While most other SM Rookies trainees debuted in 2016, Johnny ended up debuting with the group in 2017! After 8 years of training, he was added to the lineup a few months later, when NCT 127 had their first comeback with “Limitless” in January 2017 and is now a beloved member of the group!

Yuta is the group’s lead dancer, vocalist, and rapper! 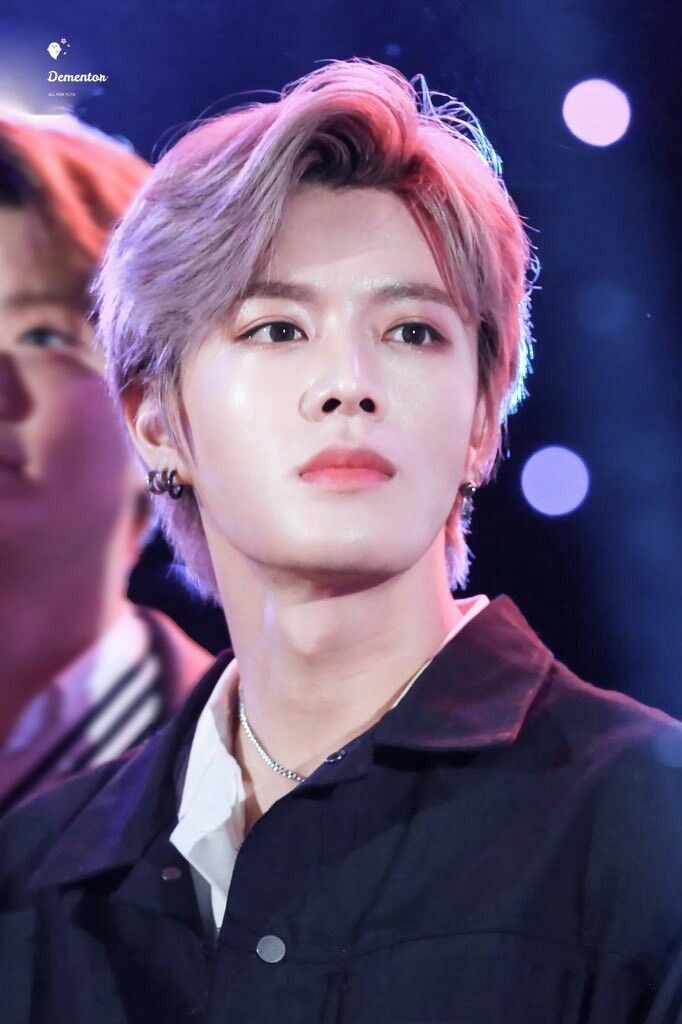 Yuta became an SM Entertainment trainee in 2013! Hailing from Osaka, Japan, he passed the SM Global Audition in Japan in 2013, and began training under the agency that same year! Yuta was introduced as an SM Rookies trainee at the same time as Johnny, in December 2013, where he was noted for his handsome visuals!

After training for 3 years, Yuta finally made his debut as a member of NCT 127 as one of the best dancers in 2016!

Doyoung is the group’s main vocalist! 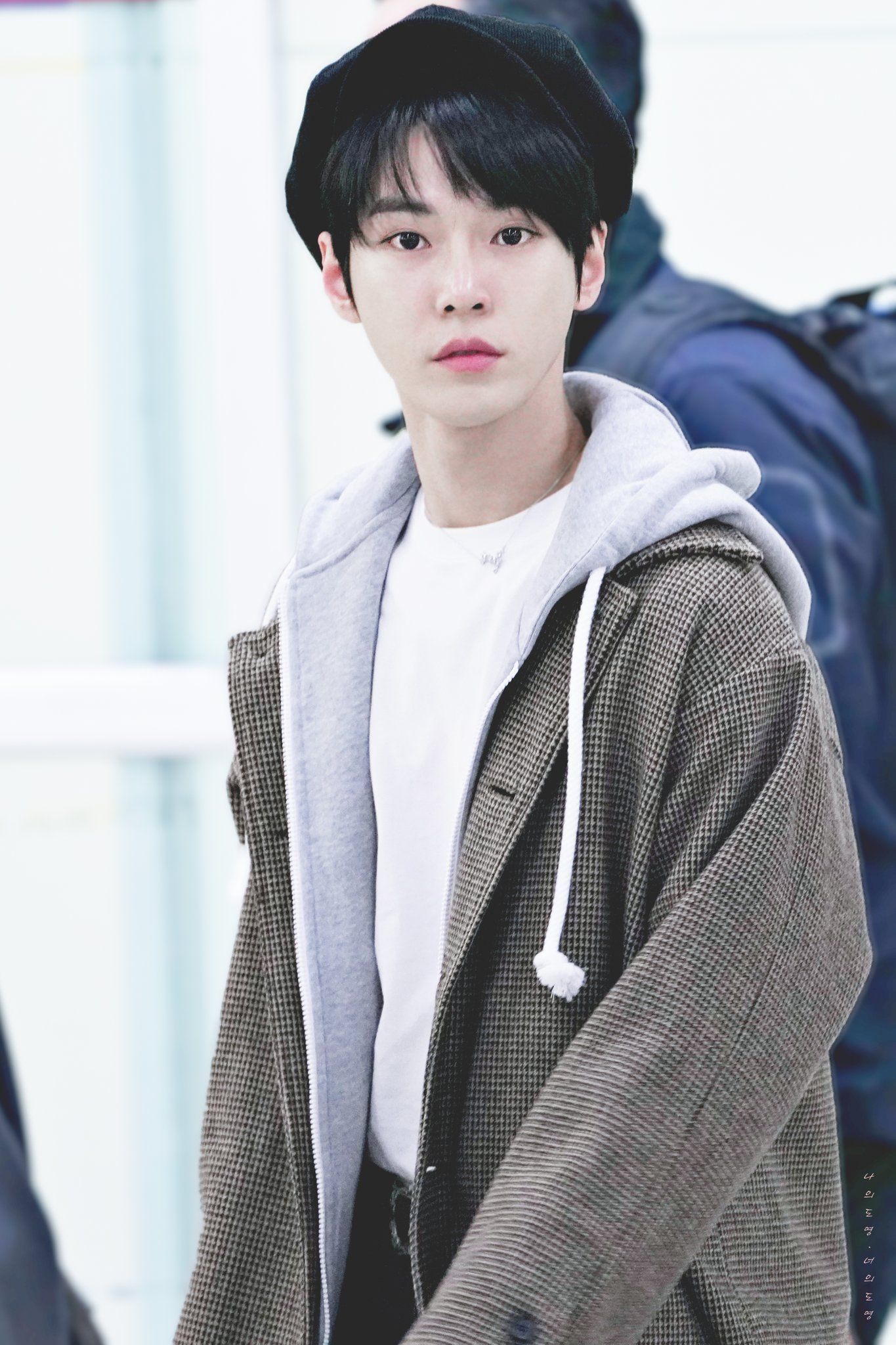 Doyoung began his trainee life in 2014, and was announced as a part of SM Rookies in 2015! Pre-debut, he even served as an MC for MBC’s Show Champion!

Doyoung finally made his debut as the main vocalist of NCT U in 2016, debuting with the songs “The 7th Sense” and “Without You”. 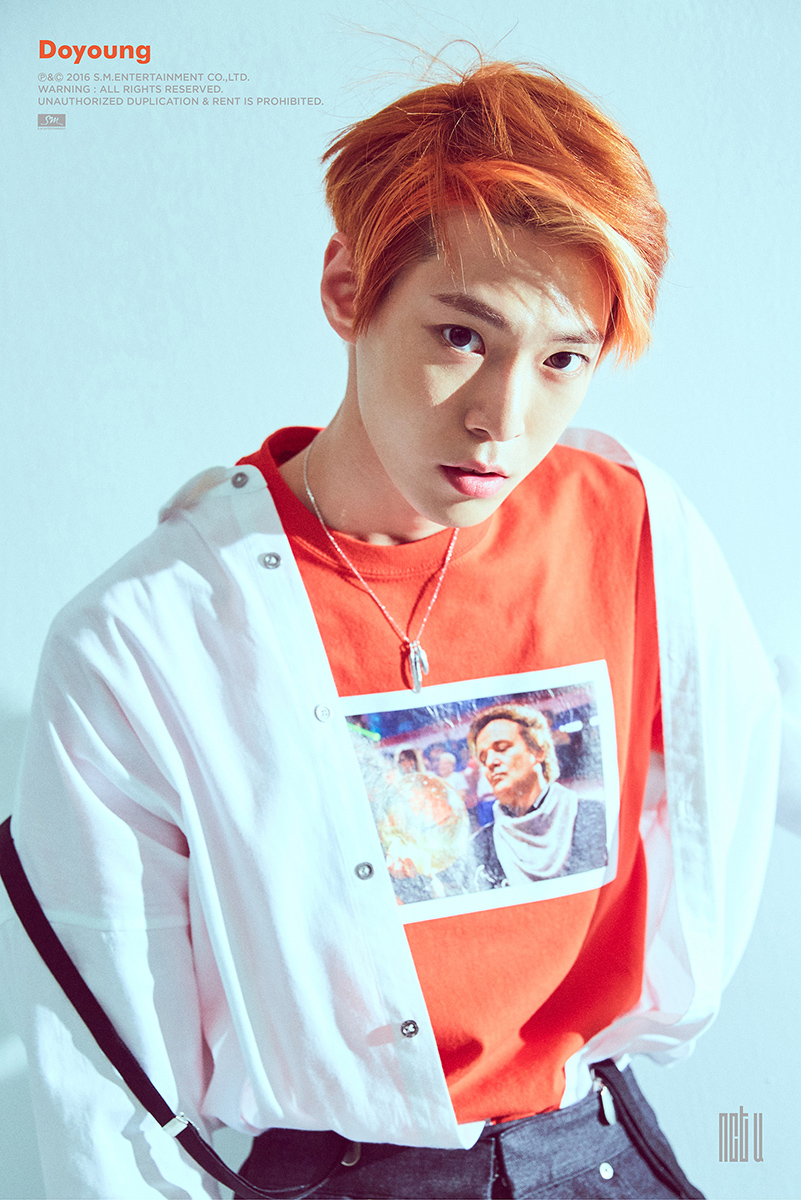 He was later added to the lineup of NCT 127 in January 2017 alongside Johnny, just in time for the group’s first comeback with “Limitless”! 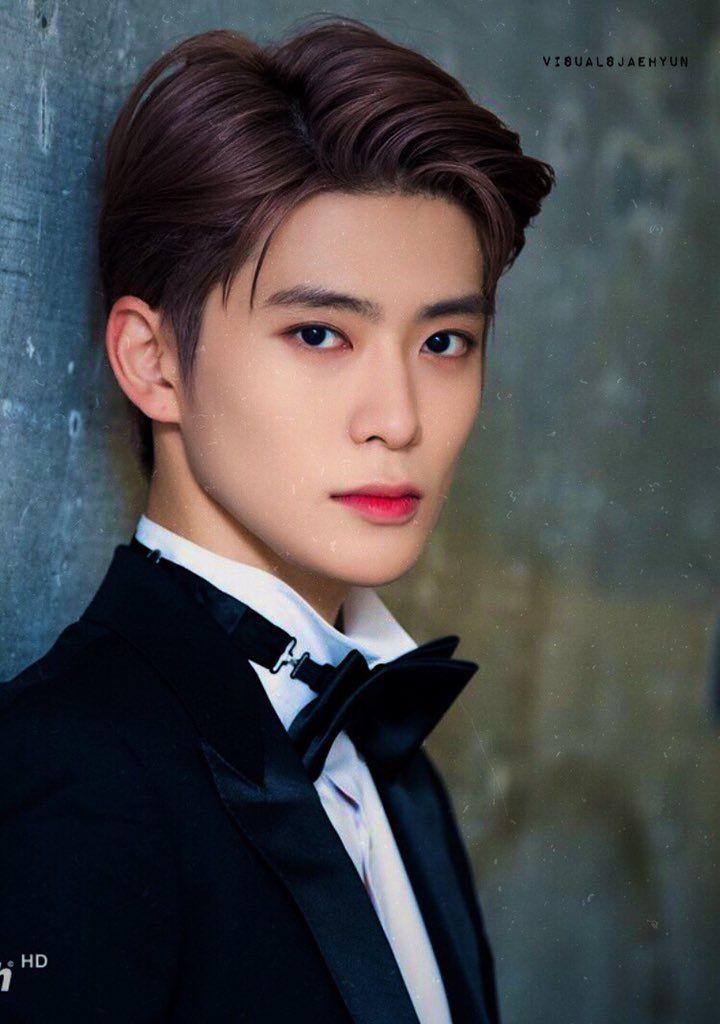 Jaehyun was street-cast in 2012 outside his school, where he had stayed late because he was on cleaning duty. Upon leaving the school building, he was immediately scouted outside by a casting manager because of his very handsome visuals!

He passed the audition to join SM Entertainment and soon began training under the agency that year. Jaehyun was eventually introduced as a member of SM Rookies in 2013, and pre-debut even served as an MC for MBC’s Show Champion alongside Doyoung!

After 4 years of training, Jaehyun eventually debuted as the main vocalist of NCT U, where he contributed vocals for the songs “The 7th Sense” and “Without You”.

He then made his debut with NCT 127 in 2016, and since then, has gained tons of attention for his vocals, visuals, and dancing talents!

Winwin is the group’s lead dancer, vocalist, and rapper! 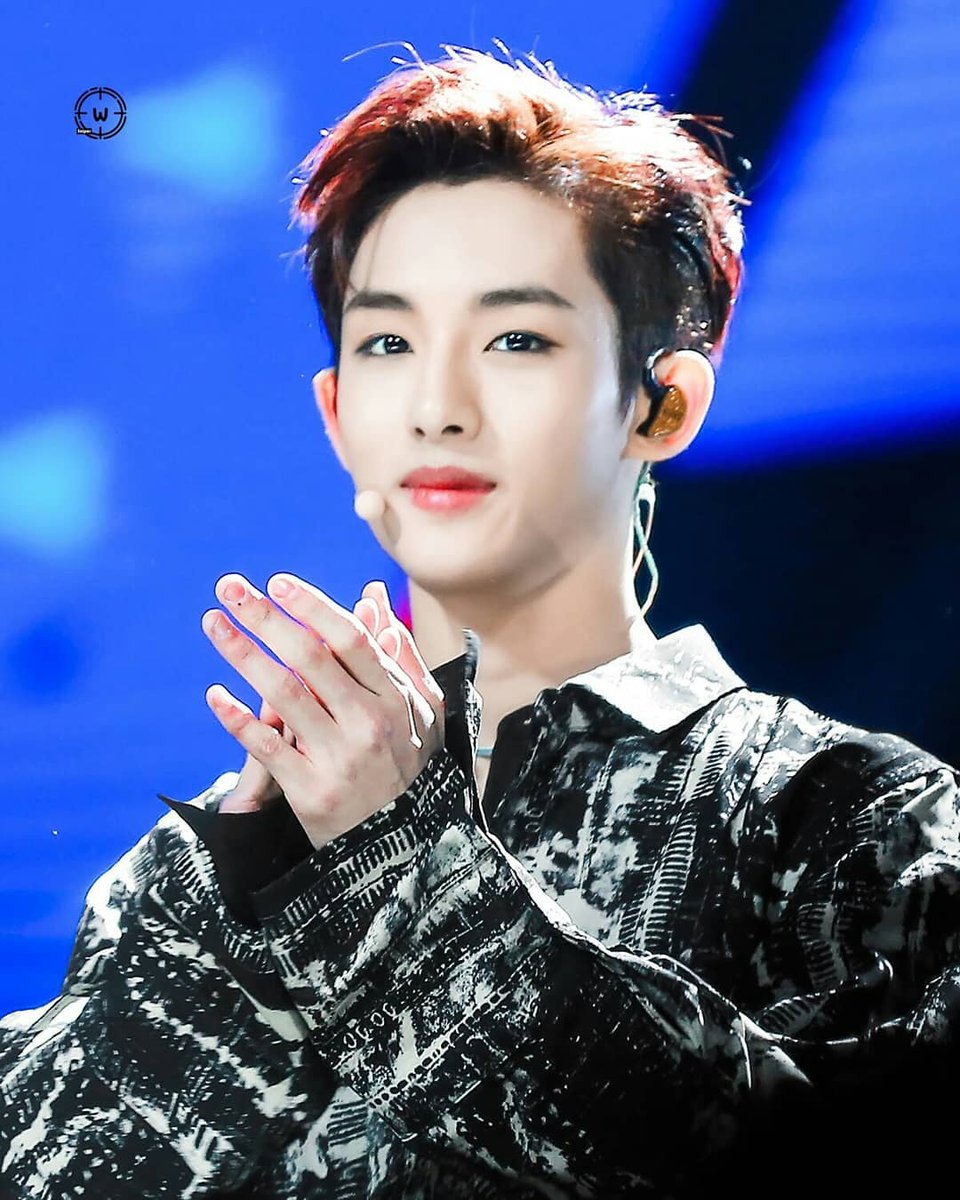 Winwin became a trainee under SME in 2015, after being pursued relentlessly by casting managers for his visuals and skills in dancing! Upon first being approached, Winwin was wary of a stranger asking for his contact details, and gave them a wrong number.

He was eventually convinced to audition, and after passing, became a trainee under SM Entertainment, and was also introduced as an SM Rookie in 2016!

Winwin debuted with NCT 127 after around a year of training in 2016 as their lead dancer!

And around 2 and a half years later, he again debuted with the WayV in 2019, and is currently focusing on promotions with them!

Jungwoo is the group’s lead vocalist and lead dancer! 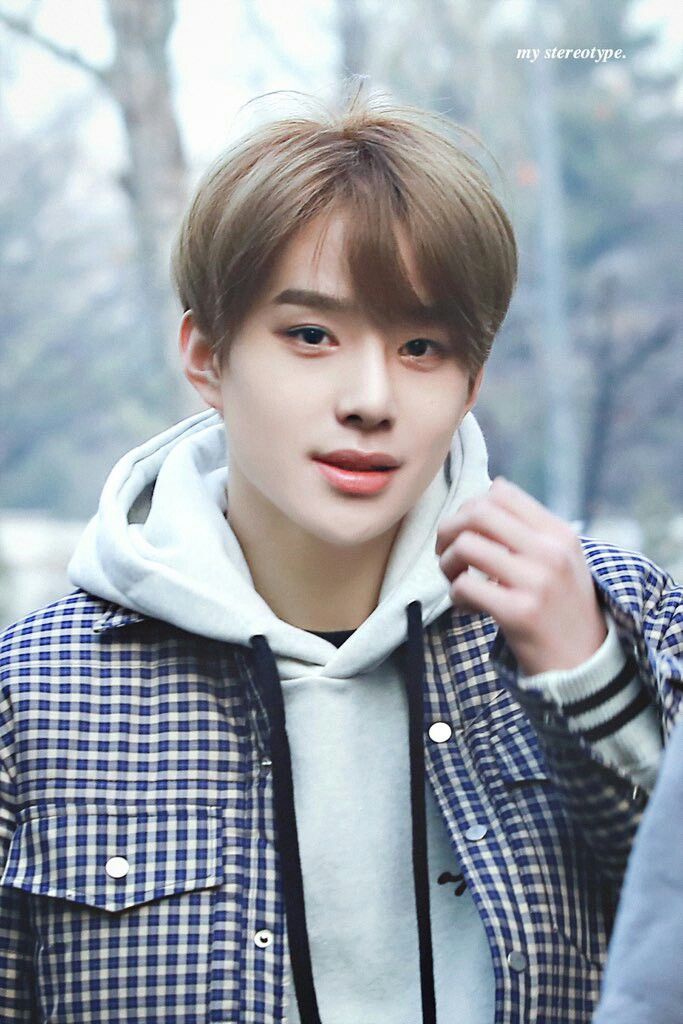 Jungwoo is one of the few SM trainees who joined the agency by passing their infamous “Saturday Auditions”, where the agency holds auditions every week in Korea. After joining the agency sometime in 2015, he then remained an undisclosed trainee until April 2017, where he was formally introduced as a member of SM Rookies, alongside WayV’s Kun and Lucas. 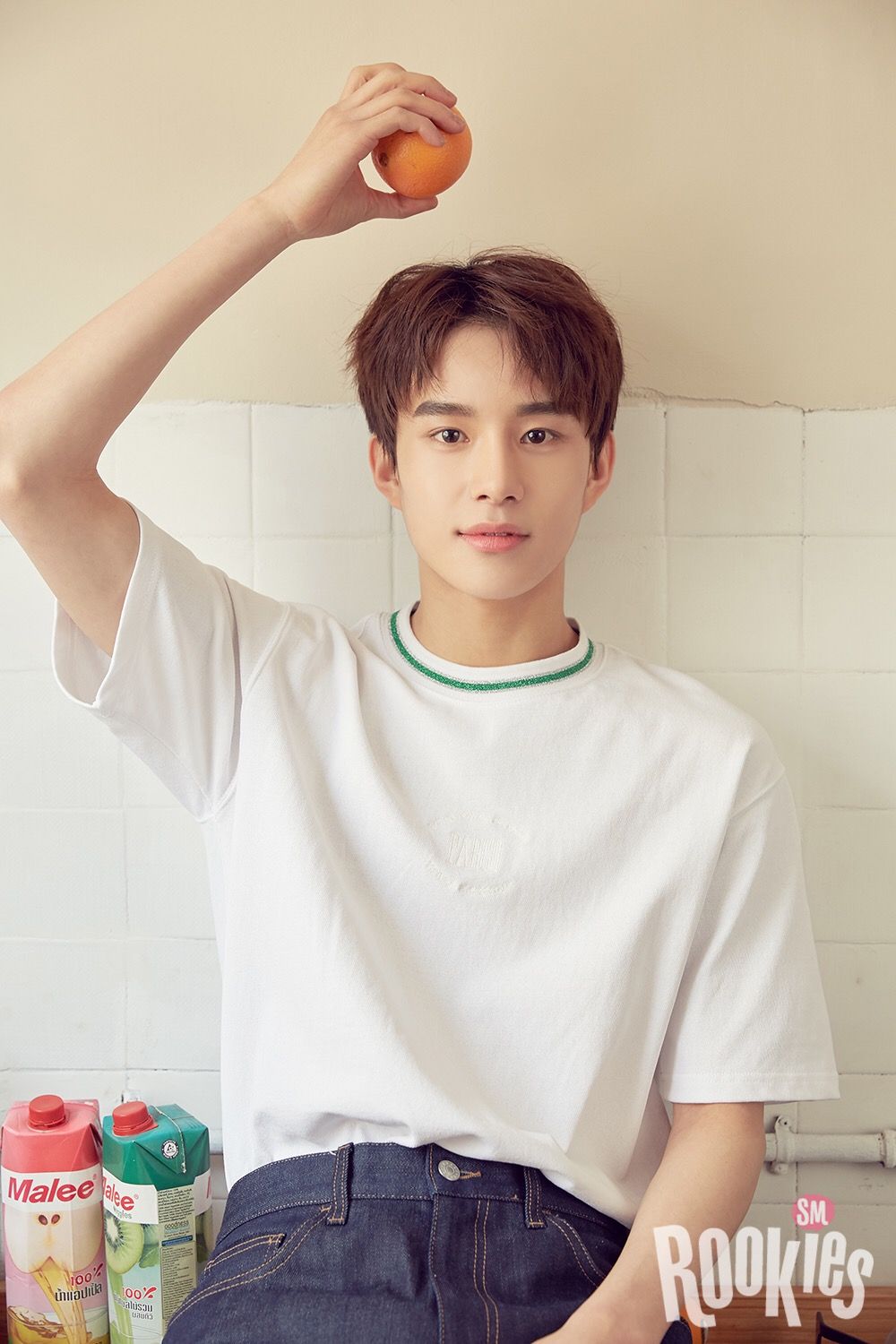 Jungwoo then made his official debut as a member of NCT U in 2018, with the song “Boss”.

He was later added to the lineup of NCT 127 in October 2018, in time for the release of the group’s first full-album titled Regular-Irregular, and title track “Regular”!

Mark is the group’s main rapper and dancer! 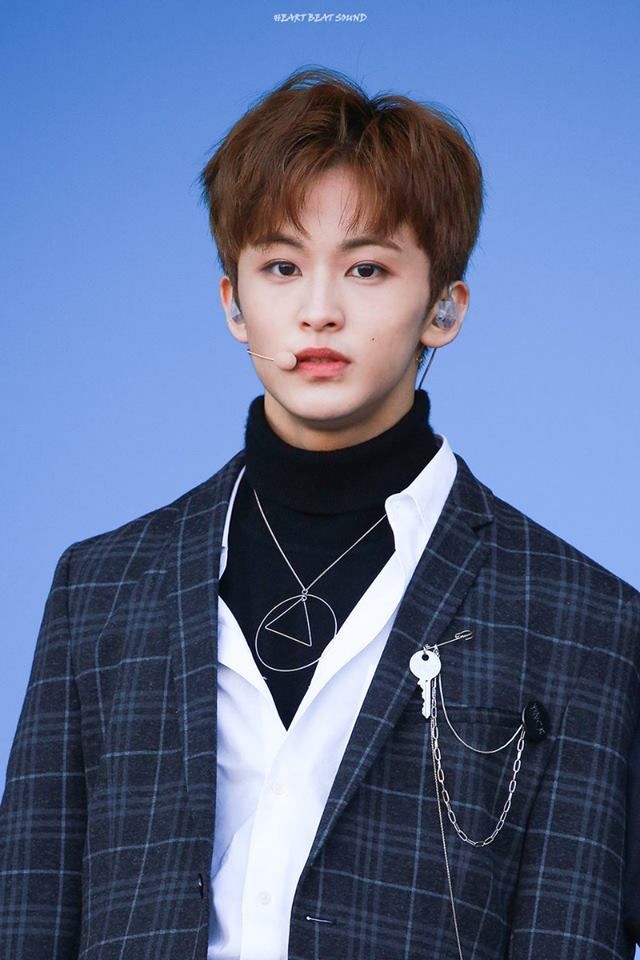 Mark joined SM Entertainment as a trainee in 2012! Born and raised in Canada, he passed the SM Global Audition in Vancouver, Canada, and officially began his training under the agency that same year!

A year after he began training, Mark was introduced to the public as an official member of SM Rookies, where he was noted for his strong rap skills and adorable personality! 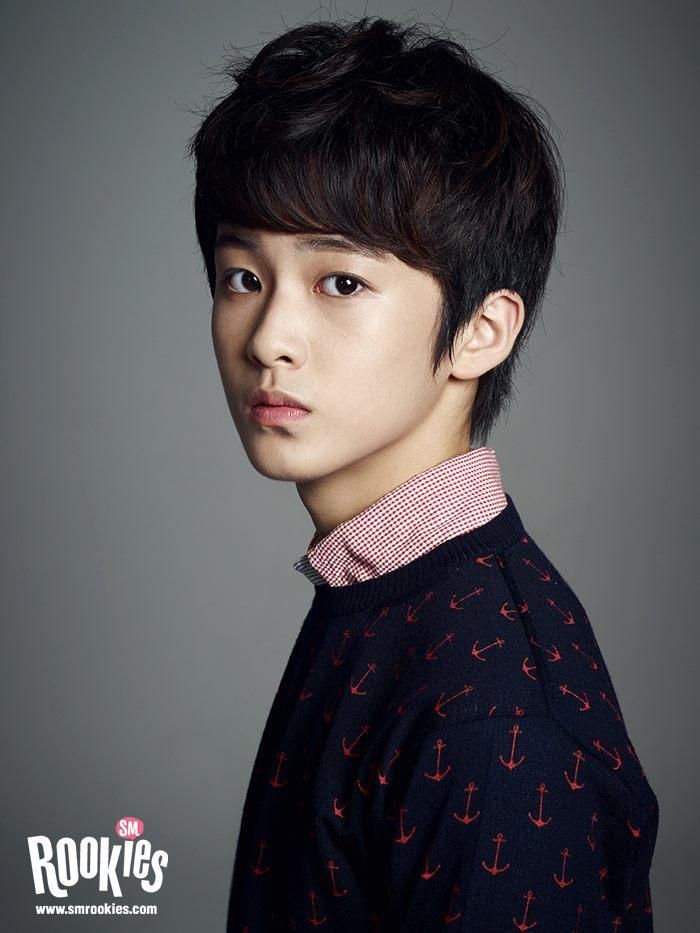 After 4 years of training, Mark made his debut as the main rapper and maknae of NCT U, debuting with the song “The 7th Sense” in 2016!

He then later made his debut with NCT 127 in July 2016, with the song “Fire Truck”, and has been making history as an artist ever since!

Haechan is the group’s lead vocalist, lead dancer, and maknae! 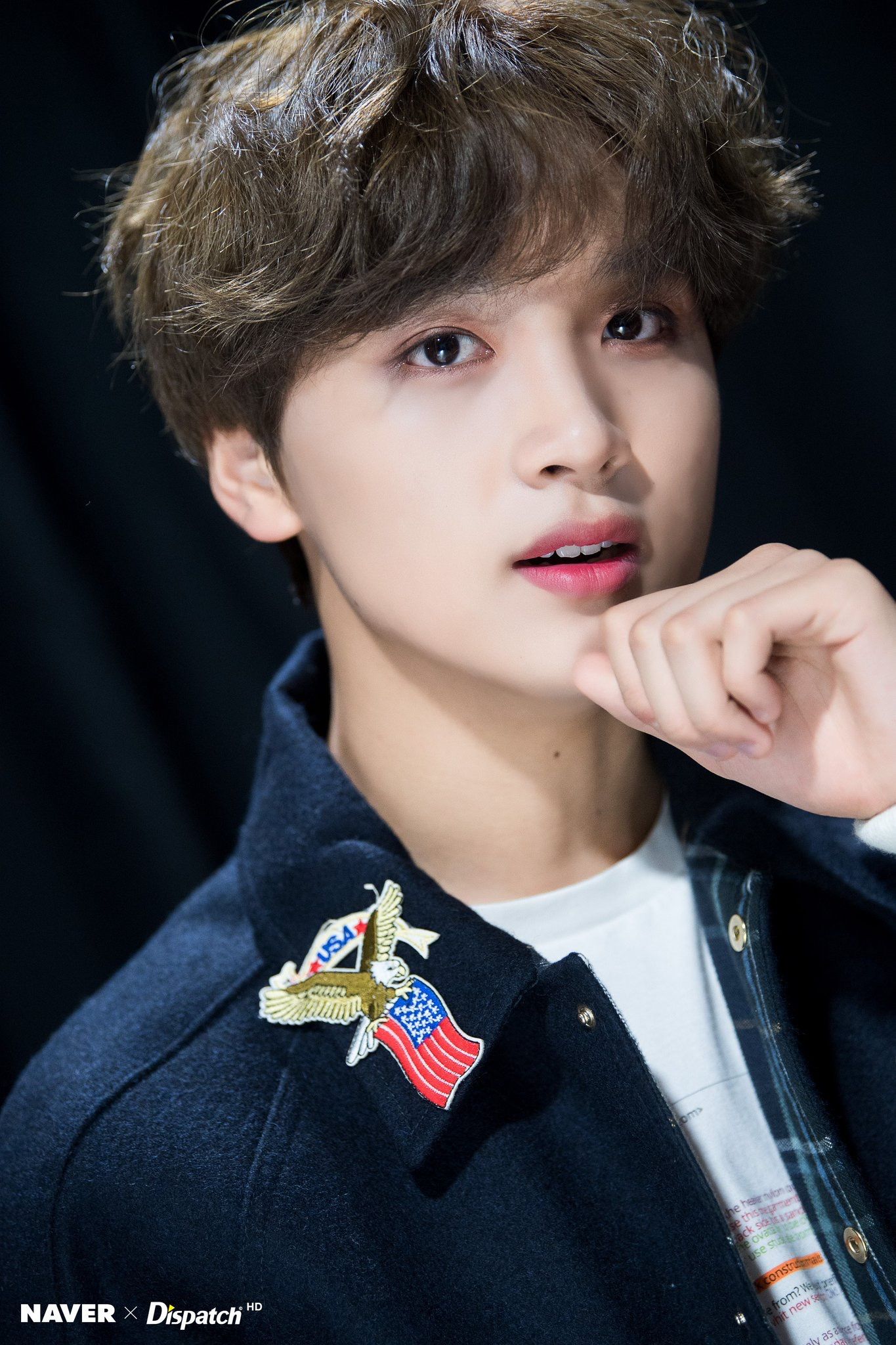 Haechan joined SM Entertainment in 2013, after being encouraged by his mom to audition! He’s another member that passed the company’s “Saturday Auditions”, and was recruited for his singing abilities!

Haechan was introduced as a member of SM Rookies in 2014, and was noted for his singing and hilarious personality! 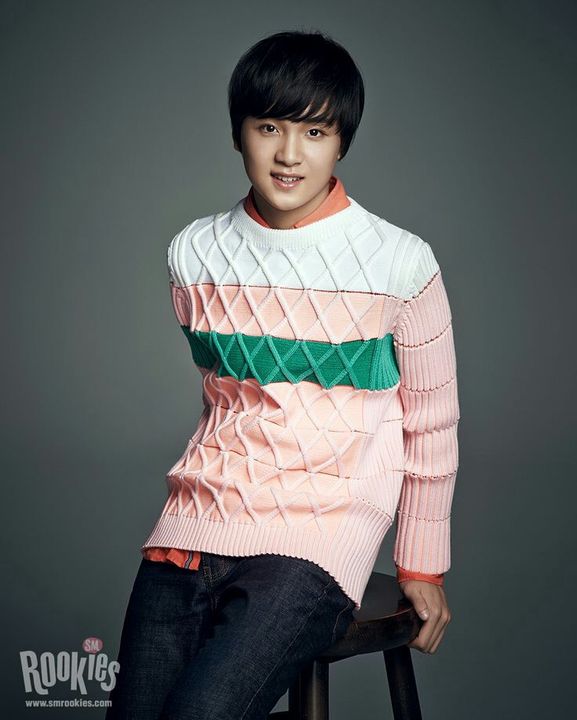 He then made his debut as the maknae of NCT 127 in July 2016, after 3 years of training, and is loved for his unique vocals and extremely entertaining sense of humor by fans!

NCT 127 made their last comeback in May 2020, with the repackaged album Neo Zone: The Final Round and title track “Punch”.