The latest episode of MBC’s “King of Masked Singer” has revealed the identity of “Pheasant” to be the member of the popular female idol group known for their intense choreography.

The December 3 episode followed the top 4 masked singers as they moved on to the second and third round of the competition. The first stage had “Red Mouse” and “Pheasant” competing against each other, with the former performing MAMAMOO’s “Um Ah Oh Yeh” and the latter singing Mosaic’s “Free Generation.”

Both contestants impressed but the win went to “Red Mouse” with 73 votes.

“Pheasant” took off her mask to reveal that it was none other than GFRIEND’s Umji! When asked why she decided to appear, Umji said, “People don’t have a lot of chances to hear my voice on its own because I’m part of a group. Getting an opportunity like this alone was a new challenge for me.” 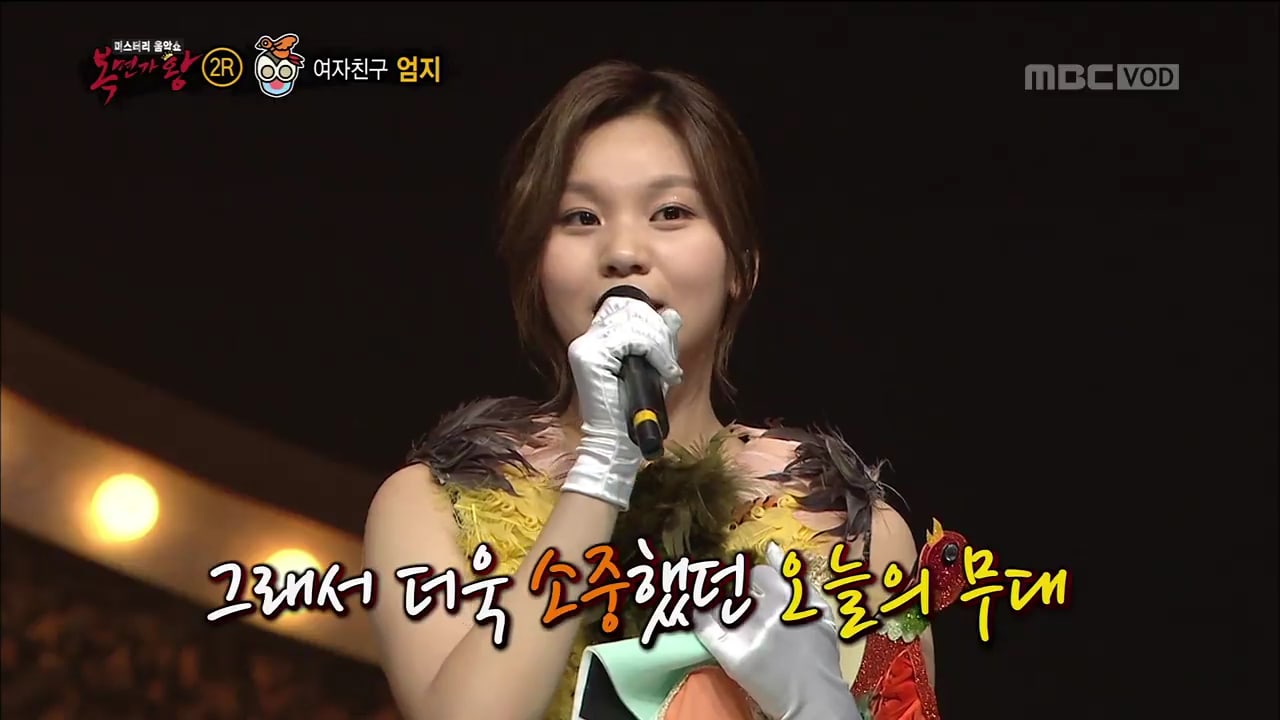 When asked what her personal future goal is, Umji spoke up and said, “It would be nice if I could sing a drama OST. I want to show lots of people that I’m someone who can deliver emotions and messages through my music.”

Though she had been all smiles on stage, the idol teared up as she stepped off stage. She explained, “The panelists’ praise and encouragement felt so sincere that I teared up when I stepped off the stage. It’s been a happy dream for me.”

Watch Umji’s appearance in the latest episode of “King of Masked Singer” below!