Min Hyo Rin wants to set things straight, and make sure there isn’t a misunderstanding with Song Joong Ki.

During Min Hyo Rin’s turn, Cha Tae Hyun asks, “Didn’t you once appear on ‘Running Man?’” She confirms it, saying, “At the time, Lee Jong Suk was to my left, and Kim Woo Bin was to my right. This was when they just started becoming known as ‘rising stars.’ Also, in the past, I worked with Song Joong Ki in ‘Triple,’ which was one of his first productions.” The caption says, “King Maker Min Hyo Rin?,” suggesting she’s a lucky charm for her co-stars. 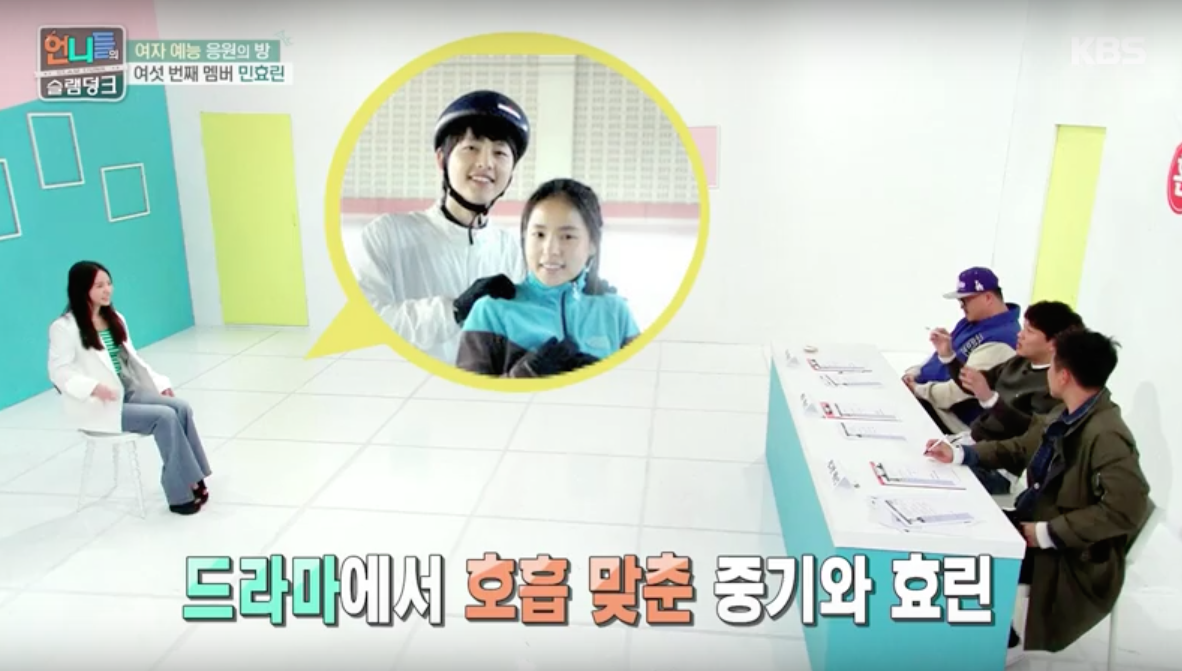 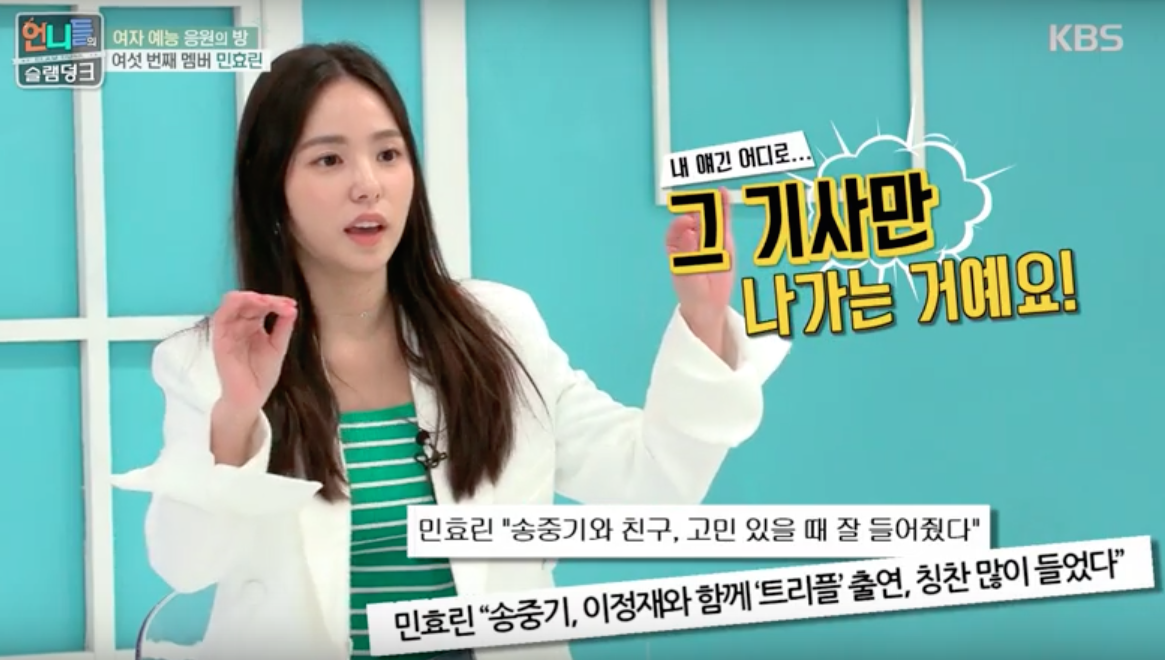 She also explains about mentioning Song Joong Ki in interviews. Min Hyo Rin says, “I’ve never brought up Song Joong Ki on my own. When I go to an interview, they ask me first, ‘Oh you worked together with Song Joong Ki before. What is his personality like?’ So, I answer that he is a good listener, and is manly, but then my answer is used as the main topic of articles.” She expresses her worry that he will wonder why she keeps bringing him up.

The other three people in the room joke that they will edit this portion out then, since she’s talking about him again. However, Min Hyo Rin is taken aback and firmly says that “this specific part has to be aired so that Song Joong Ki knows that I wasn’t the one that brought him up,” making the rest of them laugh.

“Sister’s Slam Dunk” is a new variety show that gives its cast members a chance to live out dreams they had to cast aside when they were younger.