Just one day after Minari actress Youn Yuh Jung‘s monumental Oscar win, her ex-husband’s interview with News1 went live and it is being received poorly.

Actress Youn Yuh Jung made history last night when she received an Oscar for “Best Supporting Actress” for her role in Minari. She blew everyone away with her incredible acting and seasoned veteran abilities. In the midst of her ongoing celebrations for her victory, however, her former husband has begun to make headlines, once again for his interviews.

Jo Young Nam, a famous singer, and ex-husband to Youn Yuh Jung has been making headlines for his consistent mention of his former wife in his interviews. On April 26, his interview with News1 went public and during his interview, he mentioned his ex-wife once again.

I received a call from my friend and that’s when I heard about her victory. I was happy for her and celebrated like it was my victory. It’s a huge accomplishment that deserves to be celebrated.

Jo Young Nam continued with his interview by touching on the negative response he received from his prior interview.

Everyone thinks that it’s bad that I’m mentioning her name and it’s been received negatively so I’ve been careful. I just wanted to relay my congratulations to her.

The singer then shared that her Oscar’s win is the best type of revenge towards all cheating men. 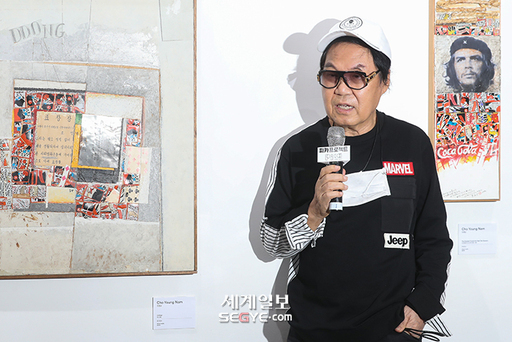 While the singer confessed he was trying to be cautious about mentioning Youn Yuh Jung’s name, Jo Young Nam’s News1 interview was not met with a kind response. Netizens criticized his decision to mention the actress unnecessarily once again.

Jo Young Nam was previously married to Youn Yuh Jung for approximately 12 years before they got a divorce. While the pair have been separated for decades, they have started to make headlines due to the actress’s history-making role in Minari and her Oscar win. In the midst of all of her success, Jo Young Nam has been talking about his ex-wife on his different variety show appearances. He previously made headlines when he talked about his divorce on a show, admitting that they separated due to his infidelity. While he admitted to his wrongdoings, his regret and interview received massive backlash from the public.