In a new KBS Cool FM radio interview with Park Myung Soo, 2NE1‘s Minzy revealed one of BLACKPINK‘s biggest hit songs was originally given to her group instead.

While BLACKPINK and 2NE1 have both achieved incredible success in their own right, there’s no doubt that there are similarities between the two groups. Both acts have four members and an edgy “girl crush” concept to their comebacks. Many of BLACKPINK and 2NE1’s songs also share musical elements, predominantly featuring strong EDM and hip-hop sounds.

However, Minzy recently revealed that the two groups’ songs aren’t just similar—in one case, they were actually the same. During a radio interview, the main dancer-turned-soloist revealed that 2NE1 was given a demo track sometime around late 2013 to early 2014 which featured the chorus line, “Blame it on your love“.

The 2NE1 members were originally preparing to record the track, but they later received other songs to add to their then-upcoming album. In the end, “Blame it on your love” was scrapped from the final tracklist of Crush, 2NE1’s second and final Korean studio album. 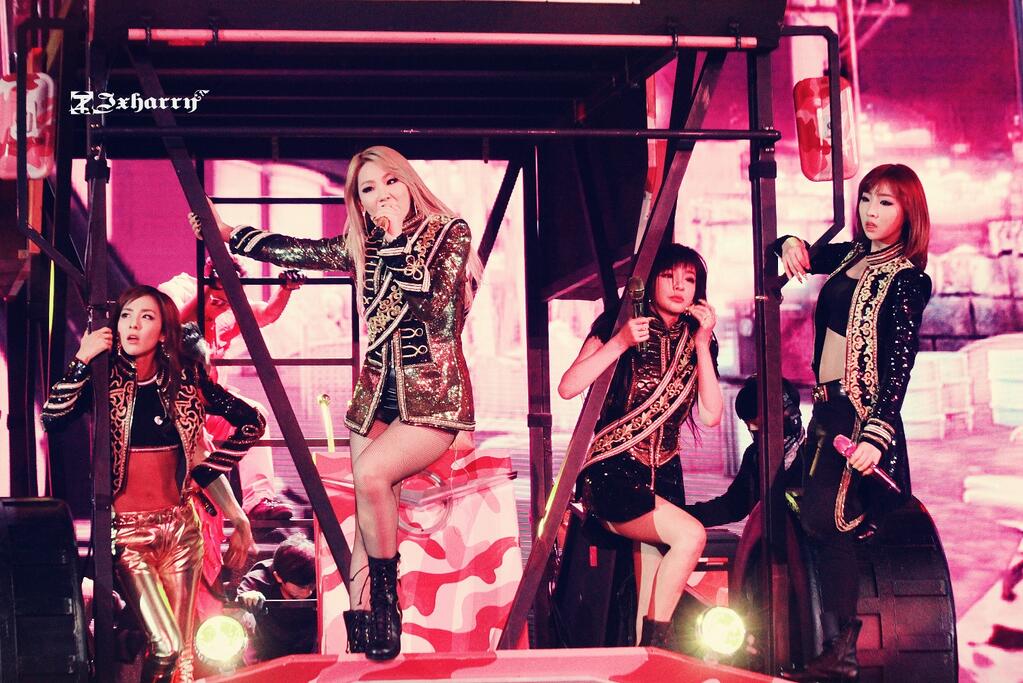 This song was our demo track. While we were preparing to record, we received other songs to add to our album.

Ultimately, 2NE1 released R&B-meets-reggae song “Come Back Home” as their title track instead. “Come Back Home” grew to become one of 2014’s best-selling K-Pop songs with over 1.3 million digital downloads.

So, what became of “Blame it on your love“? Surprisingly, the shelved song eventually became one of BLACKPINK’s biggest hits, but under a different title: “As If It’s Your Last”!

“As If It’s Your Last” sold a staggering 2.5 million copies in South Korea, maintained a spot on the Gaon Digital Chart for over a year, and reached the top 50 in Canada, Portugal, Japan, and more. It fits BLACKPINK’s vibe so well, no one would’ve guessed it was originally meant for another group.

In her radio interview, Minzy treated listeners to a sample of what the chorus of “As If It’s Your Last” would’ve sounded like as a 2NE1 song, with “majimak cheoreom” replaced by “blame it on your love“.

Minzy sang the original version of “As If It’s You Last”. The song was originally called “Blame It On Your Love” pic.twitter.com/GyzlMZrbVH

Wondering why the chorus lyrics were changed? Some fans have speculated that the inspiration for “As If It’s Your Last” may have come from a quote that Jisoo once shared was special to her: “As if today is the last“.