The producers of “Mistress” have shared that the hidden identity of the unnamed murder victim, which has remained a mystery thus far, will finally be revealed on the upcoming episode of the show. Ahead of the dramatic revelation on May 6, the drama has offered its viewers three key clues to help guide them in their sleuthing:

1. The victim’s cell phone and the incoming call from “Wife”

When faced with the dead body, Jang Se Yeon (played by Han Ga In) attempted to comfort her frightened friends by saying, “Let’s think of it this way. We’ve gathered here today to make kimchi. All we need to do is bury it well in the ground.” (Kimchi is traditionally buried in the ground in large pots during the process of fermentation.)

However, just as she had begun to allay their fears, the victim’s cell phone suddenly rang. When Jang Se Yeon took charge by removing the phone from the victim’s pocket, the four women were unnerved to see that the call was coming from a contact listed as “Wife.”

The moment led some viewers to wonder whether the murder victim might be Kang Tae Oh (played by Kim Min Soo), whose wife has been portrayed as deeply suspicious of his infidelity.

After the women were shaken by the unexpected phone call, Jang Se Yeon firmly told them, “You have to stay strong and determined. Think about what that man did to us. He tricked us and deceived us, and then he tried to kill us.”

Some viewers speculated that the man in question might be Han Jung Won (Choi Hee Seo)’s husband (played by Park Byung Eun), whose relationship with his wife has been on the rocks.

A particularly intriguing clue was the blood-stained lottery ticket seen lying next to the dead body.

Over the course of the drama, Kang Tae Oh received a lottery ticket as part of a grand opening event held by a restaurant at which he dined with Do Hwa Young (played by Goo Jae Yee). Han Sang Hoon (played by Lee Hee Joon) was also seen with a lottery ticket in his wallet after making a mysterious phone call about spying on Jang Se Yeon, hinting that either man could be the owner of the blood-stained ticket in question.

The producers of “Mistress” commented, “From Episode 1 to Episode 3, each episode has presented clues that [viewers] can use to figure out the identity of the unnamed corpse. Up until now, the mystery surrounding the corpse has only continued to grow with the hints of each new day. However, we expect that viewers’ questions will be answered once the identity of the corpse is revealed in Episode 4, which will air on May 6.”

They continued, “Please stay tuned to find out the truth behind the corpse in Episode 4.” 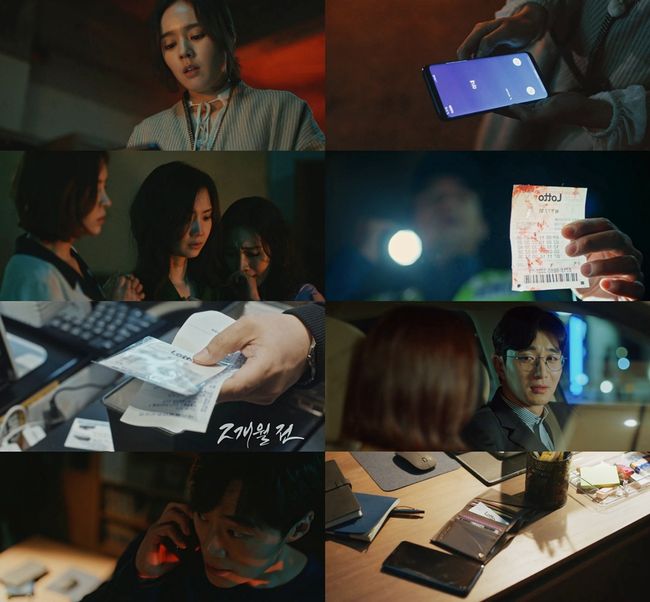